— The greenest and boldest ceremony ever.

The Rio 2016 Olympic Opening Ceremony – overseen by the Executive Producer Marco Balich and produced by CC 2016 – was the coolest and happiest ceremony ever, with a strong message of sustainability and friendship, gone on stage at the Maracaña Stadium in Rio de Janeiro.

Sustainability was the fil rouge both for creativity, production systems and solutions and legacy delivery plan.
After the story of the Olympic Games that this country cannot afford came the opening ceremony that replaced the usual sophisticated, expensive displays of nationhood with a simple demonstration of beautiful, cultural, ecological, musical Brazil.

Marco and his team, together with an extraordinary Brazilian creative group – Abel Gomes, Andrucha Waddington, Daniela Thomas, Fernando Mereilles – wanted to show the many opportunities Brazil has for its future, choosing to focus on the natural resources Brazil has and the call to action the Country needs in order to preserve it.

Production-wise, the Opening Ceremony tried to change some paradigms of the Olympic Ceremonies in the spirit of “Gambiarra” that is the Brazilian art of replace the high-tech approach with an analogue inventiveness.
Moreover, green choices have been made: the cauldron has been the first one ever realized with kinetic automation movement and sustain.

The first part of the Ceremony – Pindorama – was focused on the bird of life in the biggest garden of the world: the Amazon Rainforest. The genesis of Brazilian people and culture from indigenous and than how throughout the planet we sacrificed nature to build our civilization. There was represented the building of contemporary Brazil, organized around densely populated mega-cities, and start the celebrations of great Brazilian artists, singers and inventors who contributed to the history of the country.
The ceremony celebrated Brazilian pop-culture and its tropical nature: from Bossa to Pop and Favelas Voices, with a strong message of peace and defense of tolerance through music.
After the Party the show began talking about our planet. Climate change and the depletion of natural resources need our attention and the Olympic Opening Ceremony was a wonderful opportunity to shed light on this subject. For the first time in an Olympic Ceremony more than 11,000 athletes participated in an action upon entering the stadium: each of them received a seed and a cartridge with soil to seed a native tree of Brazil.
The Olympic Rings were formed by green trees, to remind us that the idea of replanting forests should be universal.

The journey ends when the athletes light the Cauldron initialing the Rio 2016 Olympic Games.
The Brazilian cauldron breaks with a tradition of cauldrons that produce a large volume of fire. This Cauldron is intentionally small and low emission. Symbolically the small flame answers the call to re- duce warming caused by fossil fuel and greenhouse gases. With what we know today, it is no longer possible to burn tons of gas and consider it beautiful.

To frame the small flame, a huge sculpture by the artist Anthony Howe appears behind it, representing the sun, the source of energy that we should exploit. When the sculpture is set in motion spirals will be formed to represent life.
Rio de Janeiro closes its Opening Ceremony reaffirming to the world that we should make an effort to change our way of living on the planet. 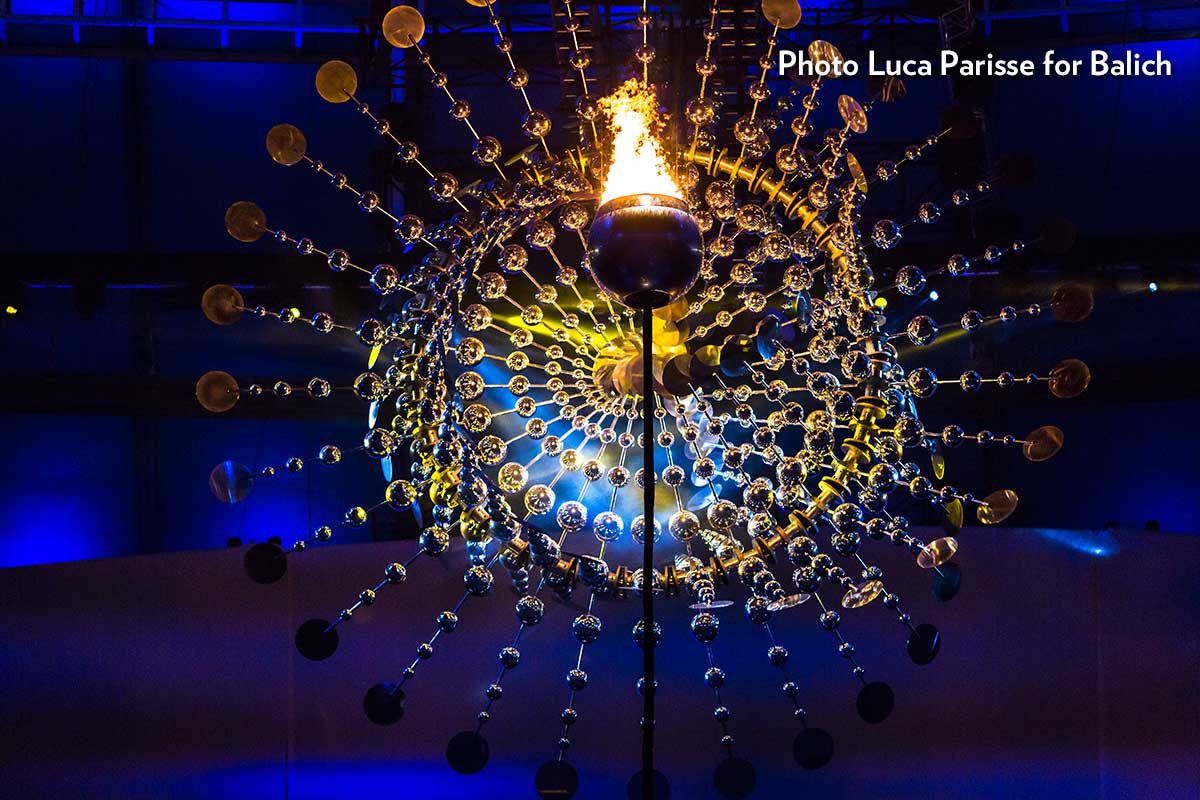 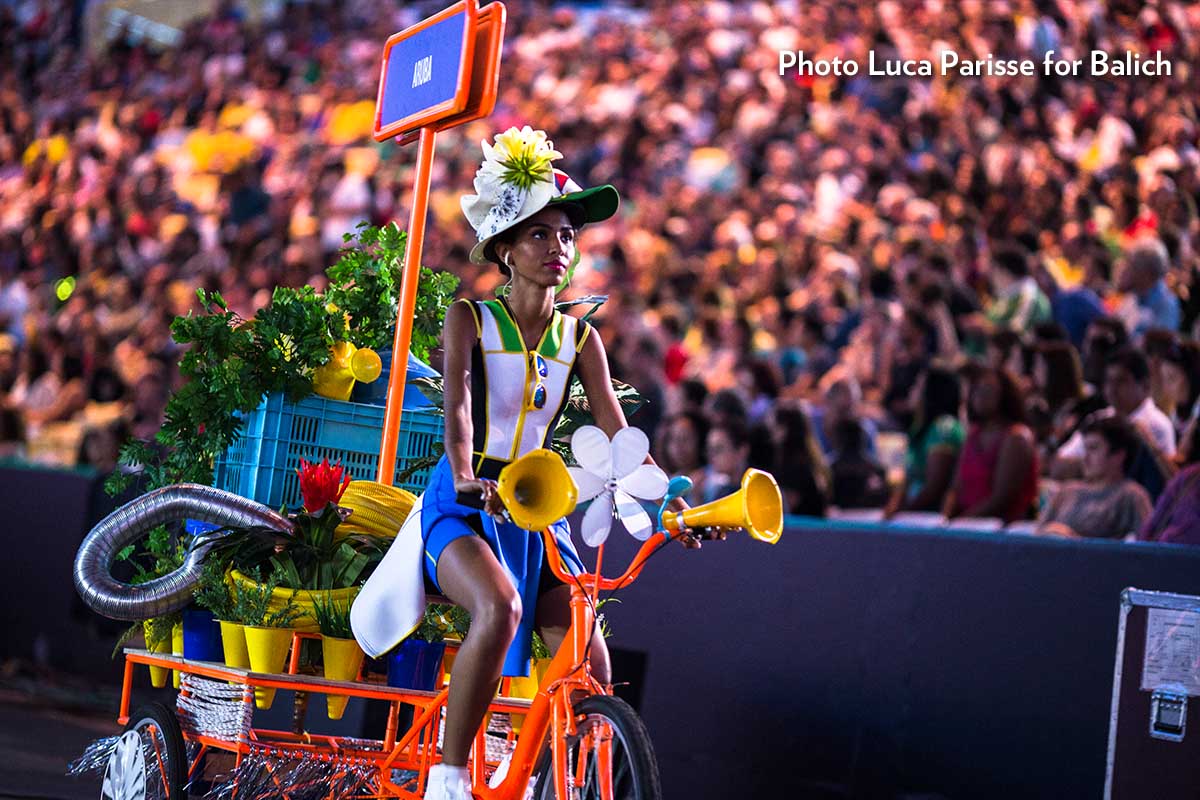 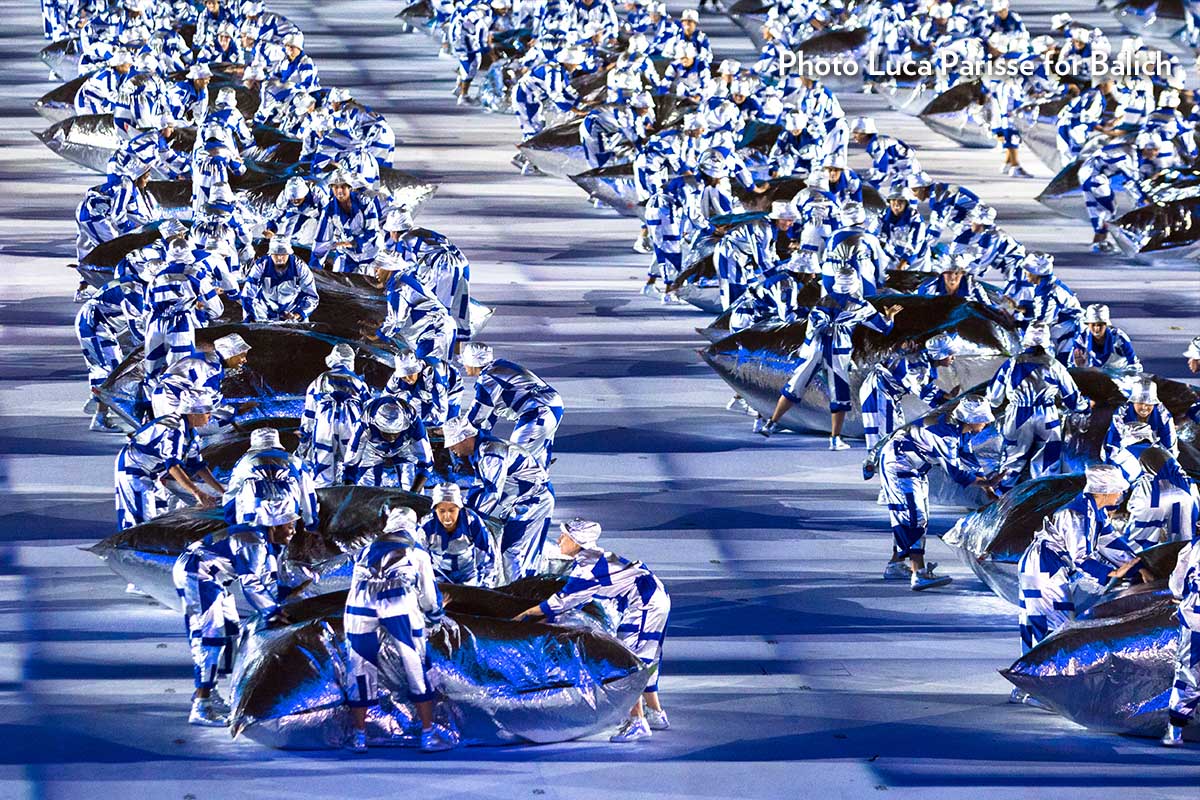 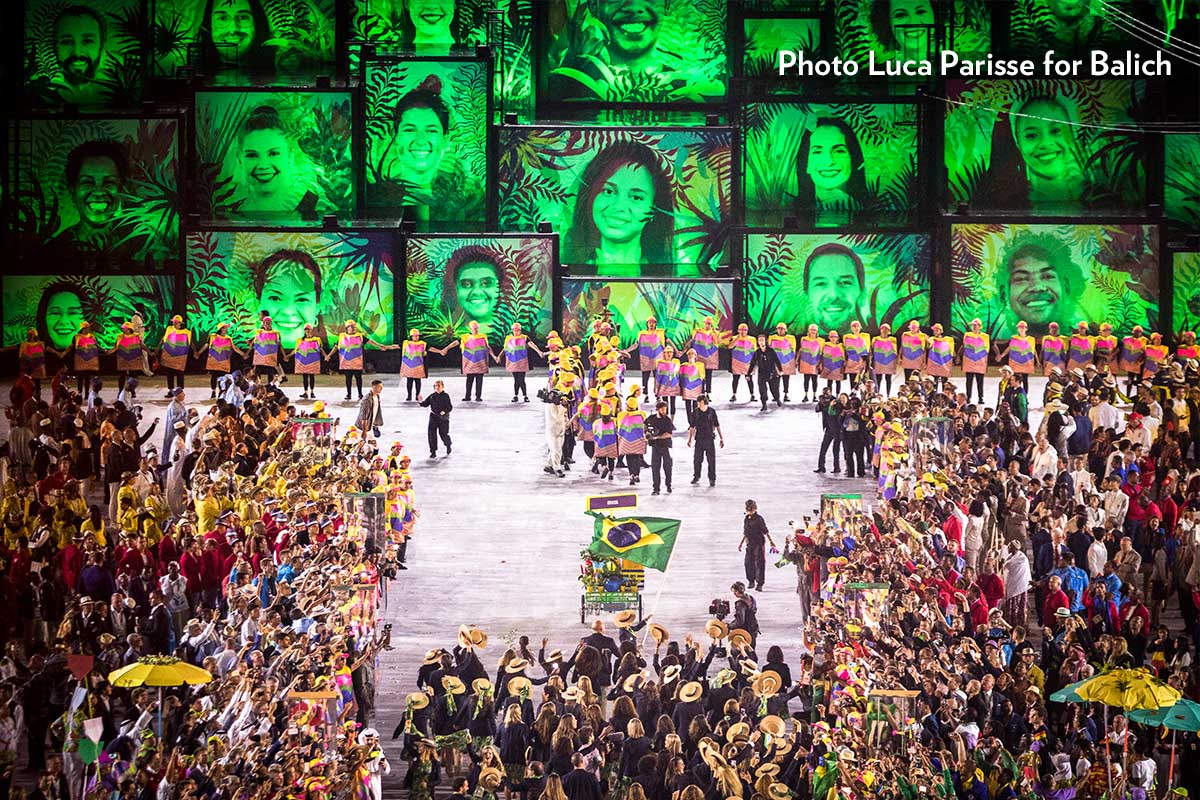 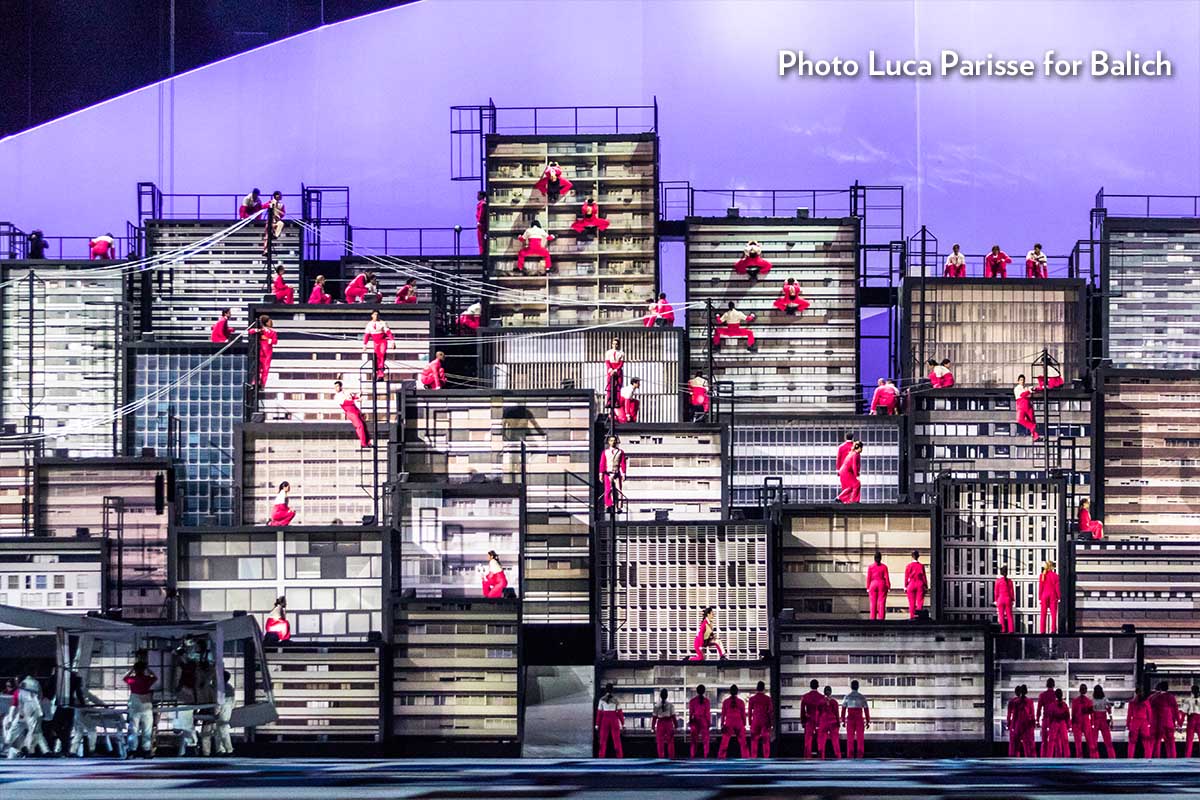 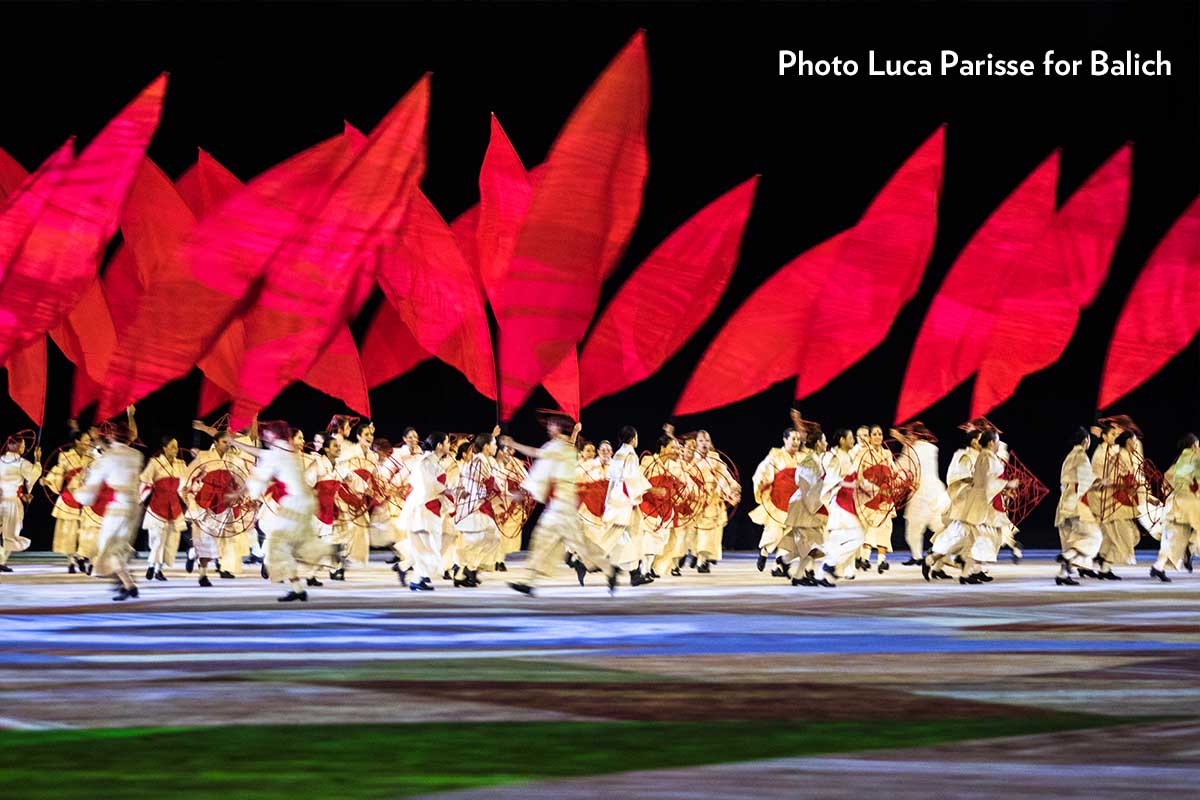 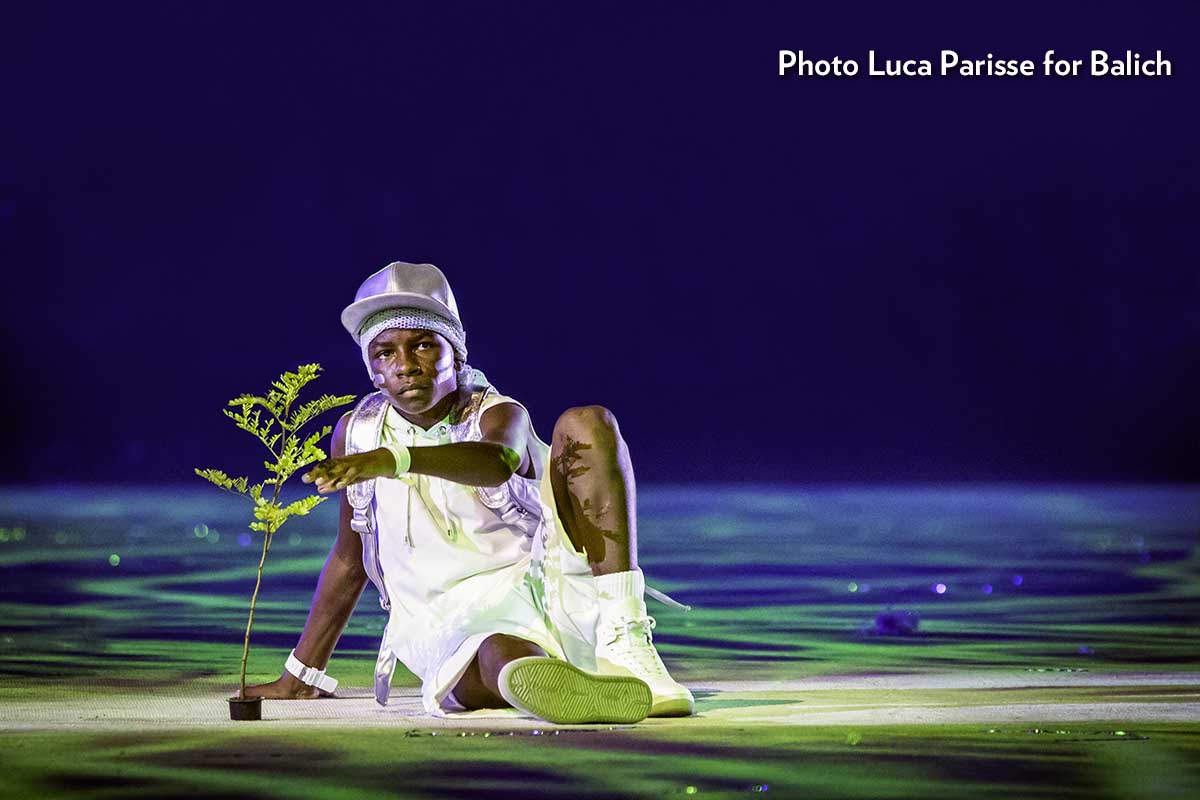 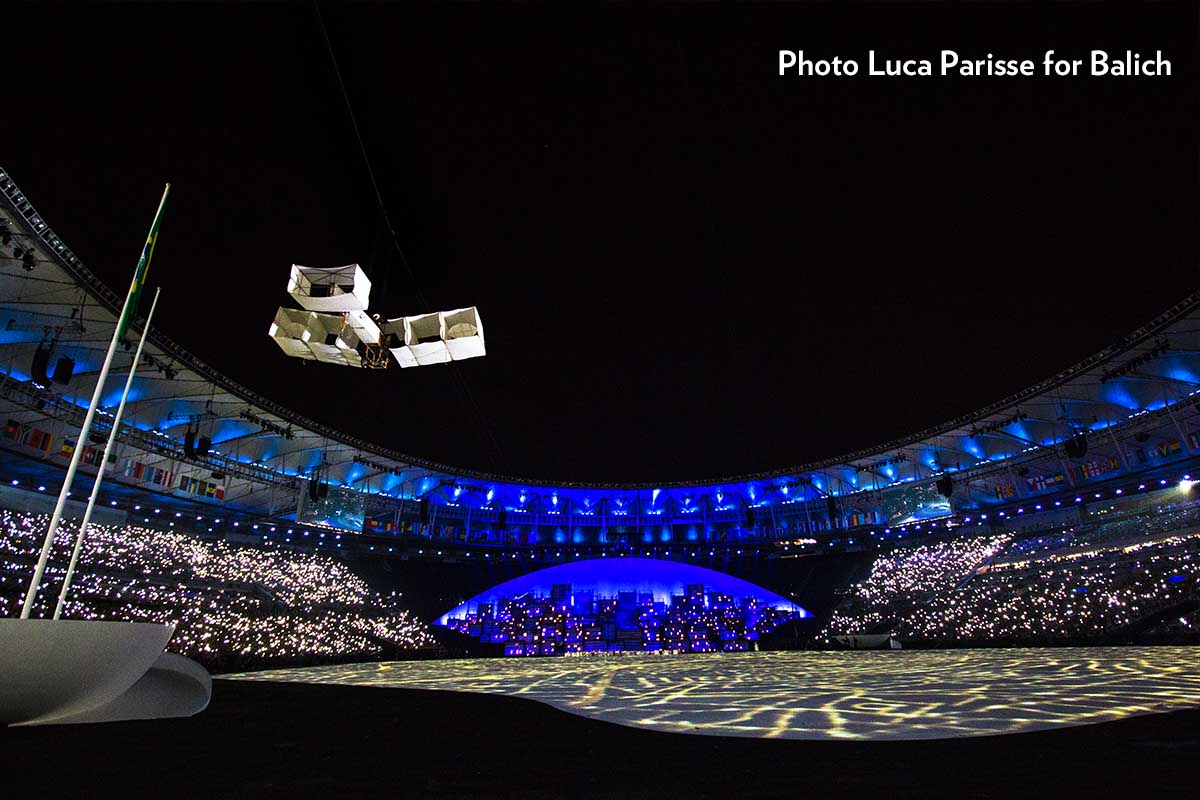 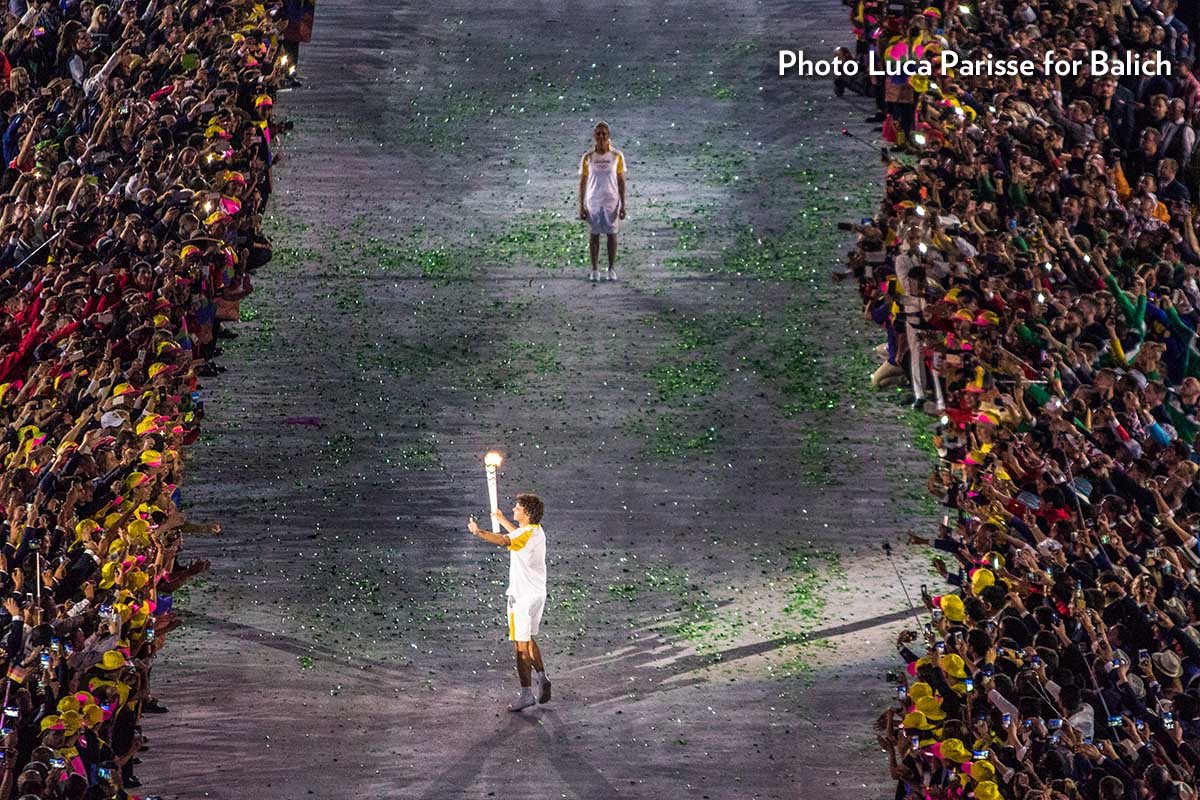 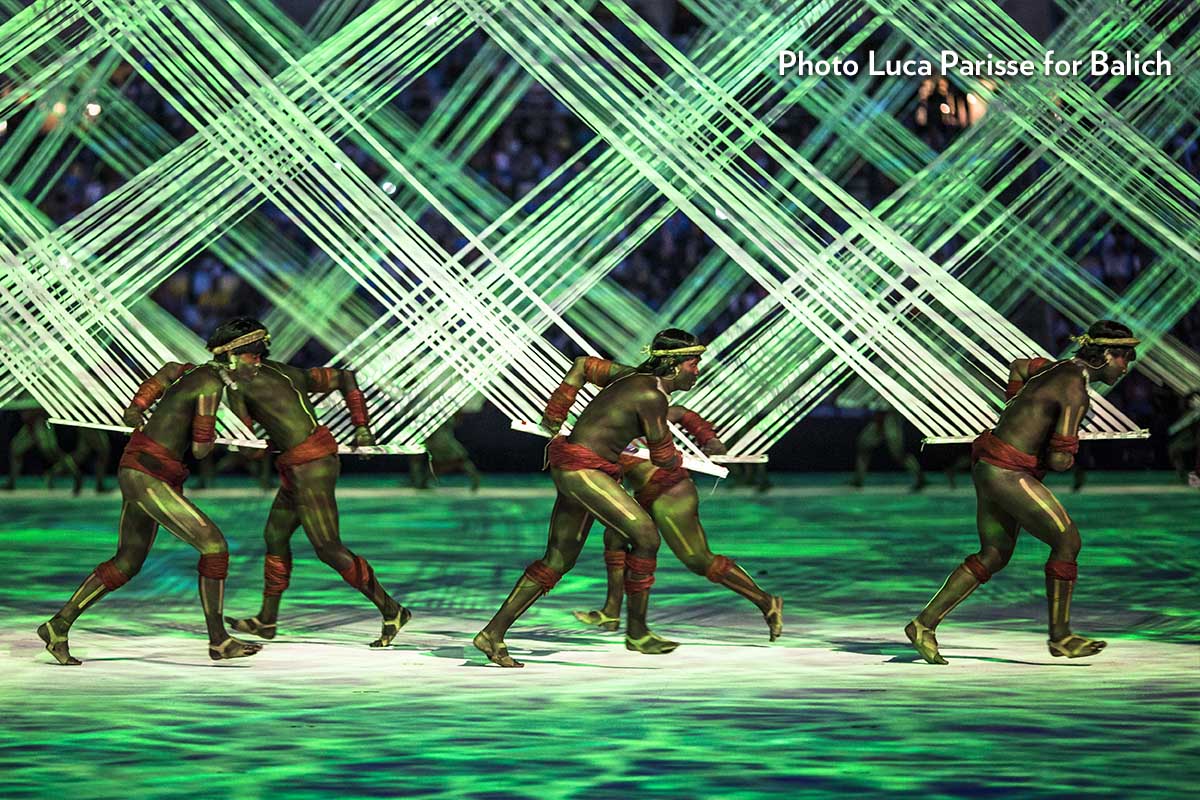 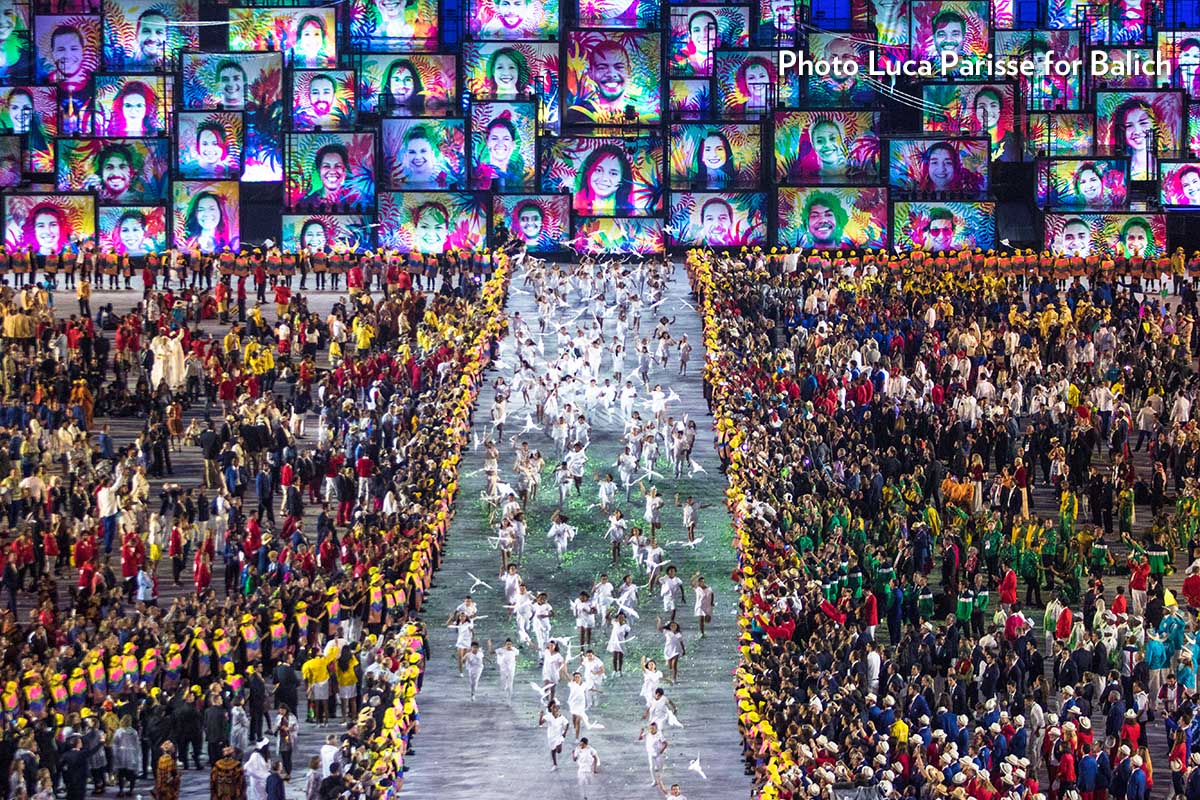 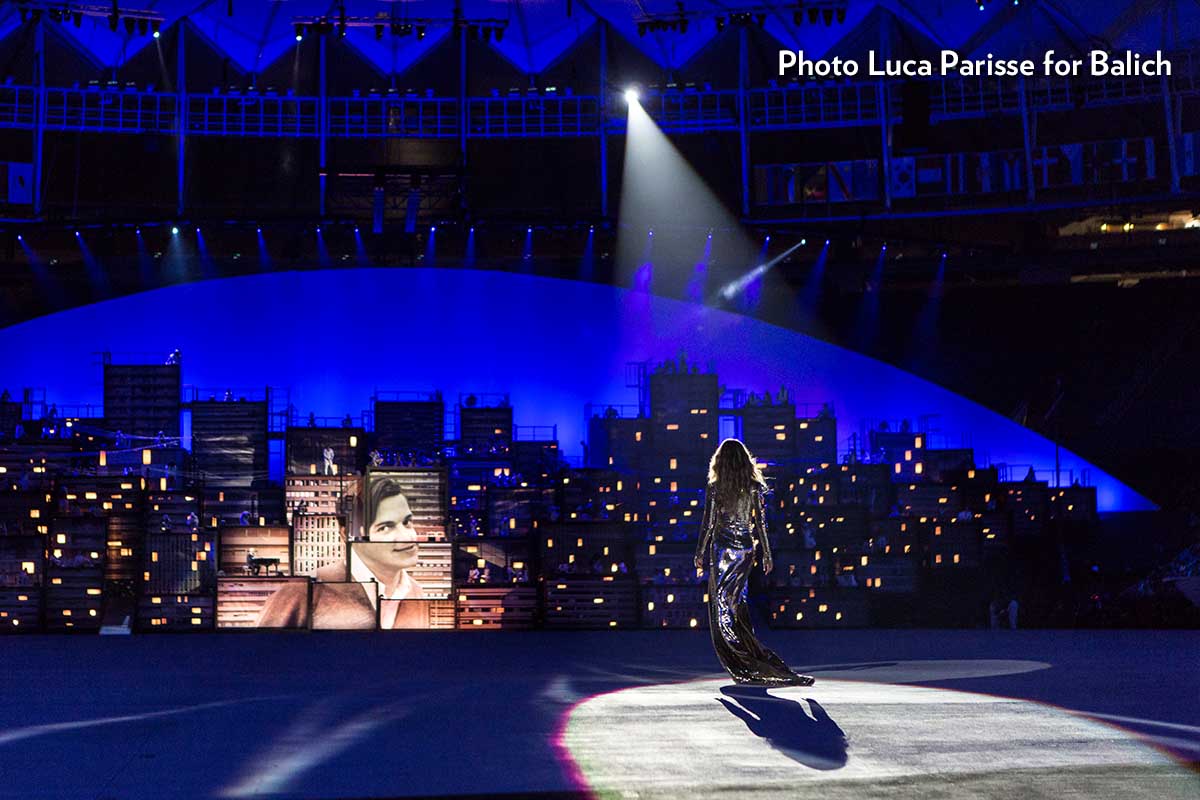 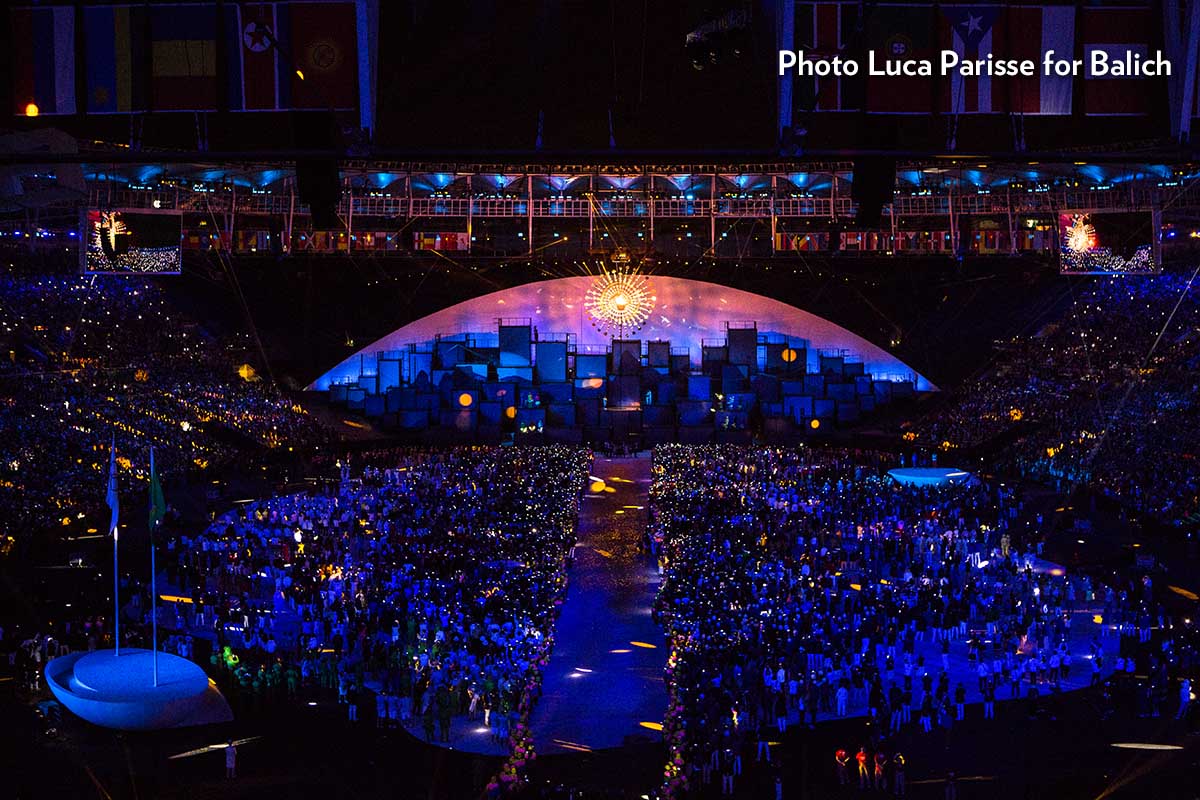 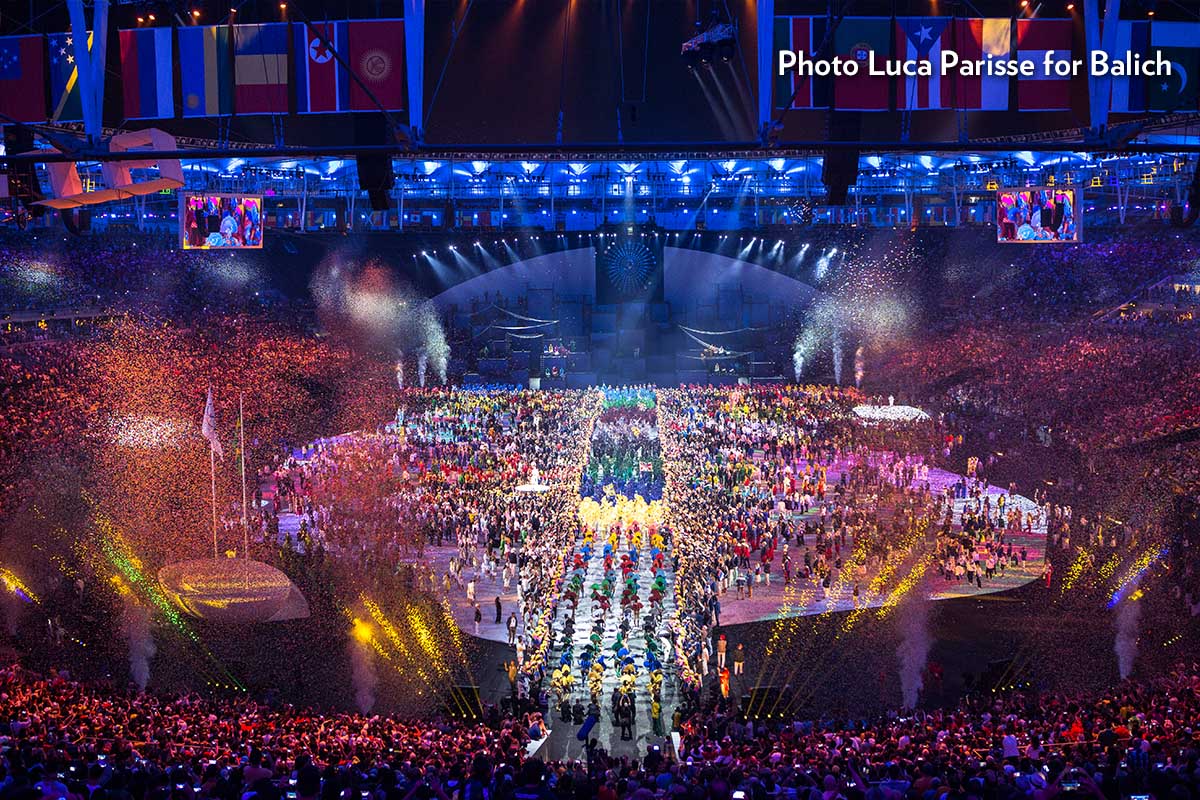 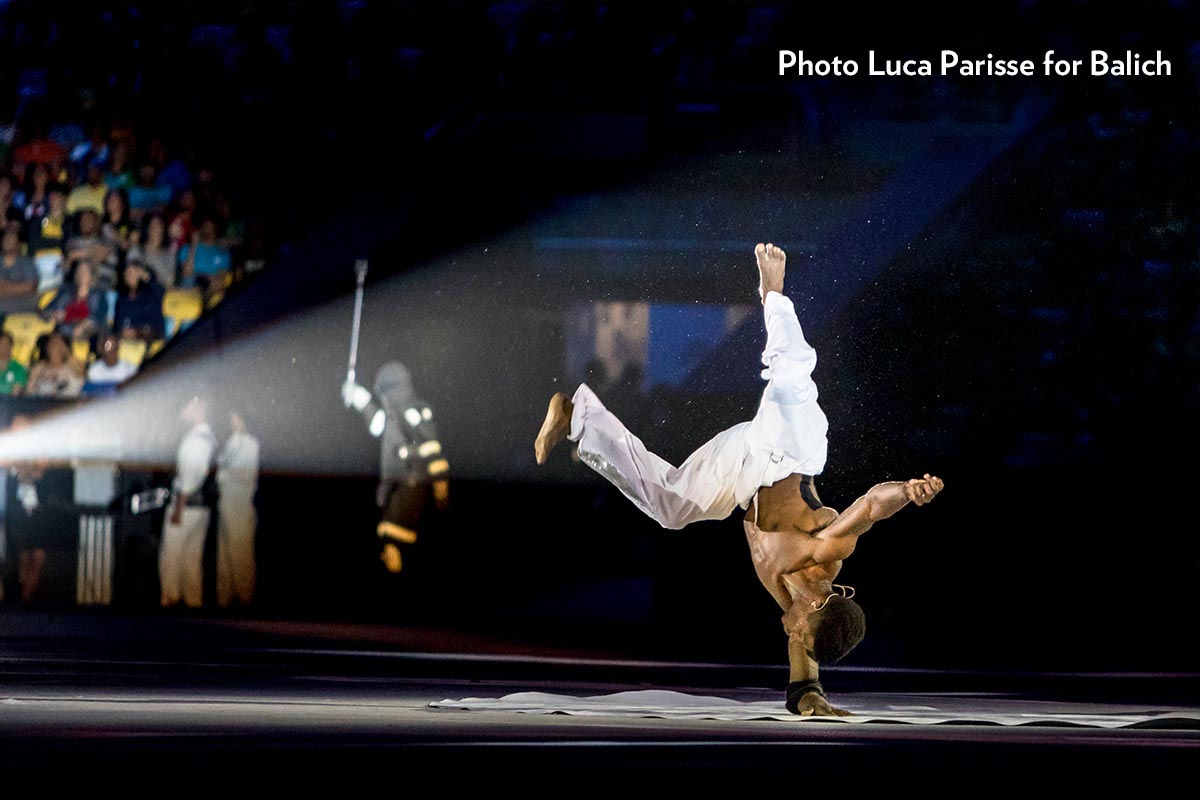 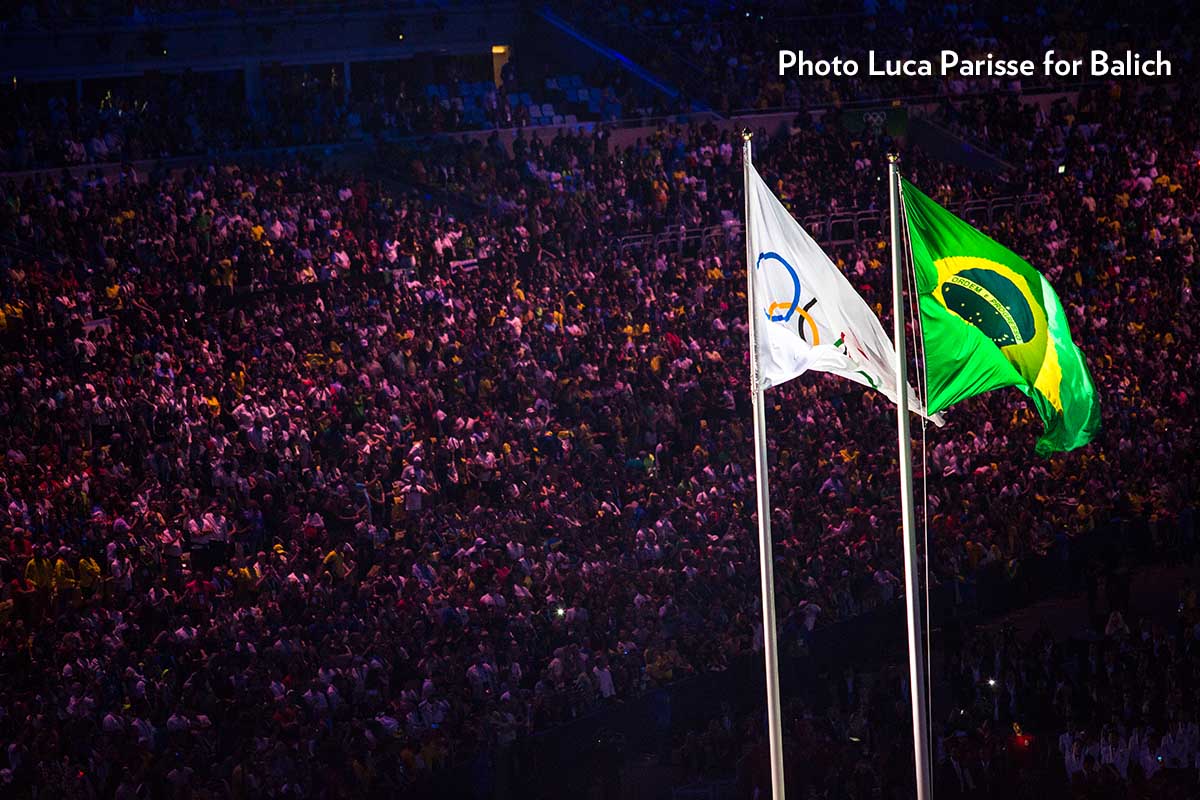 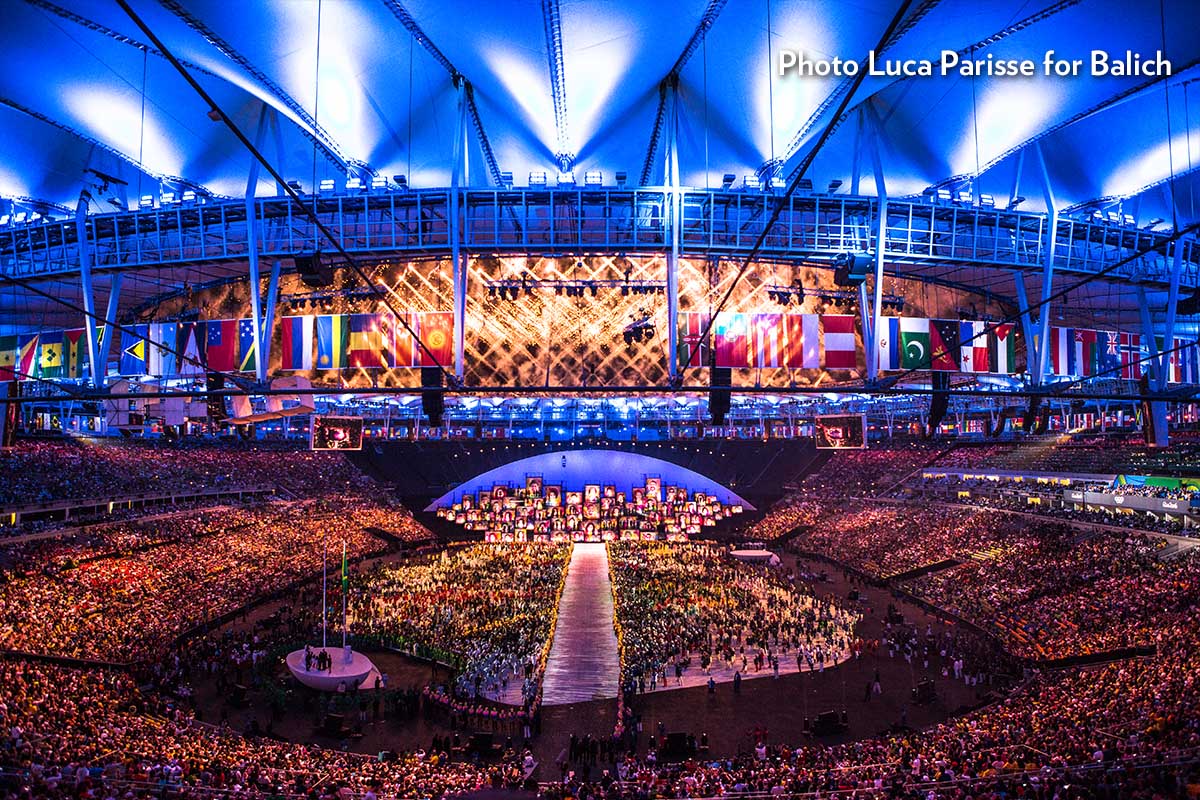 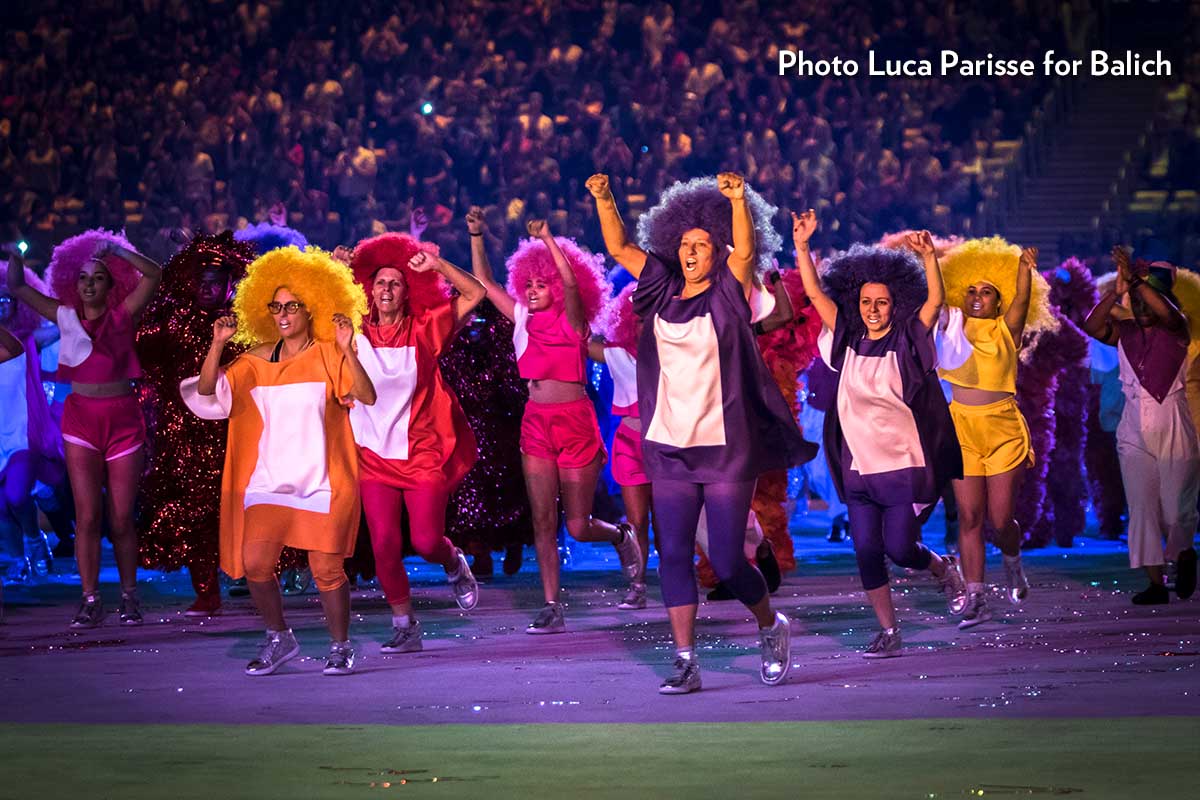 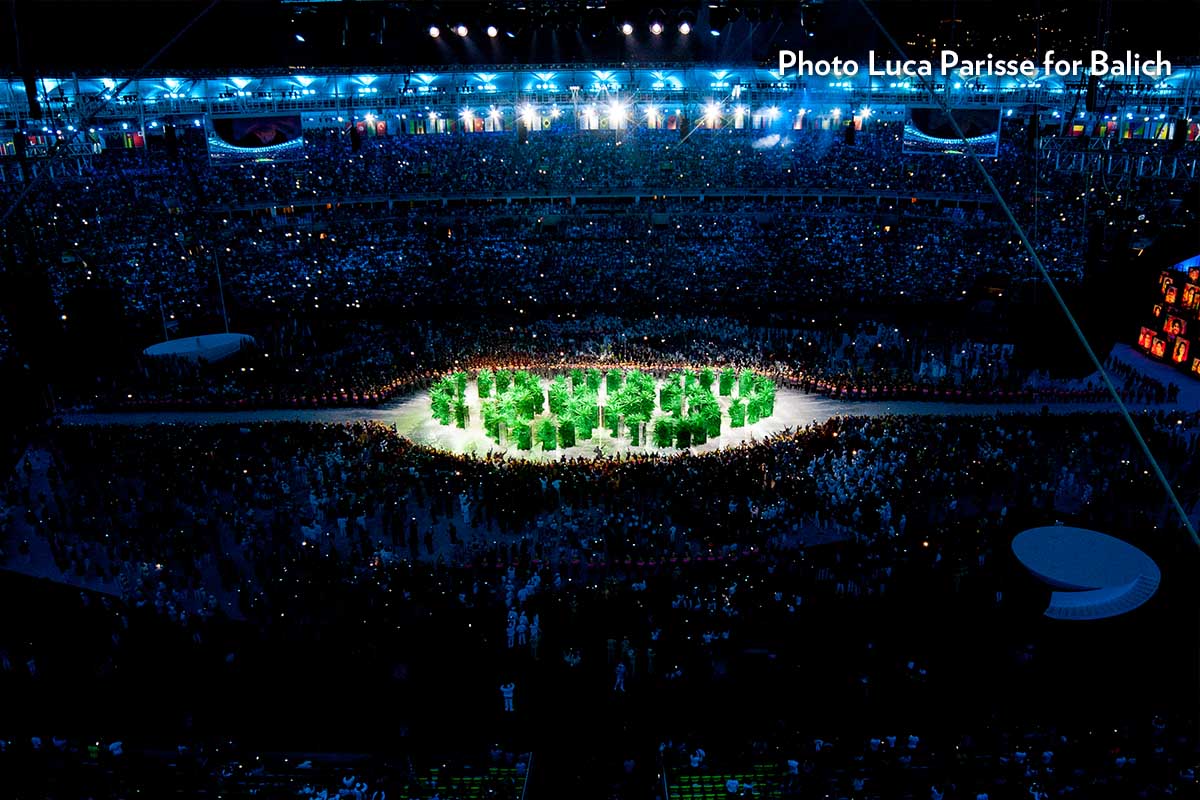 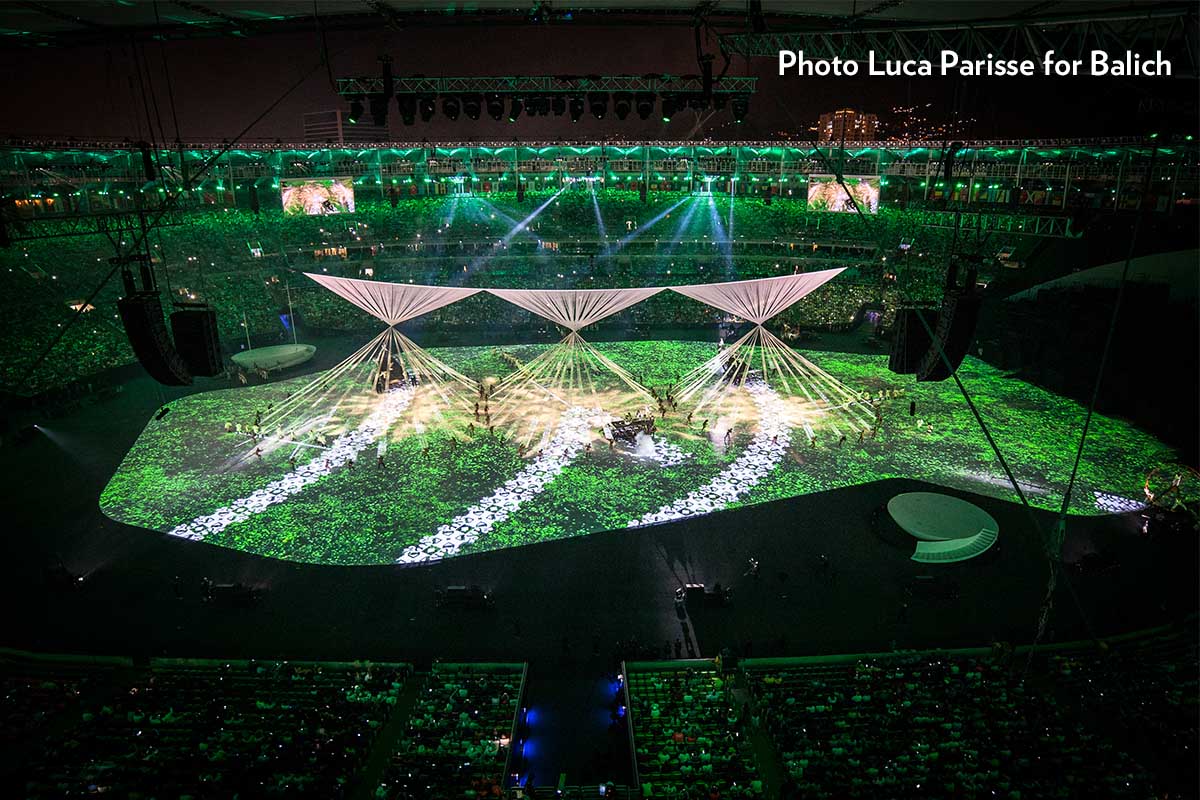 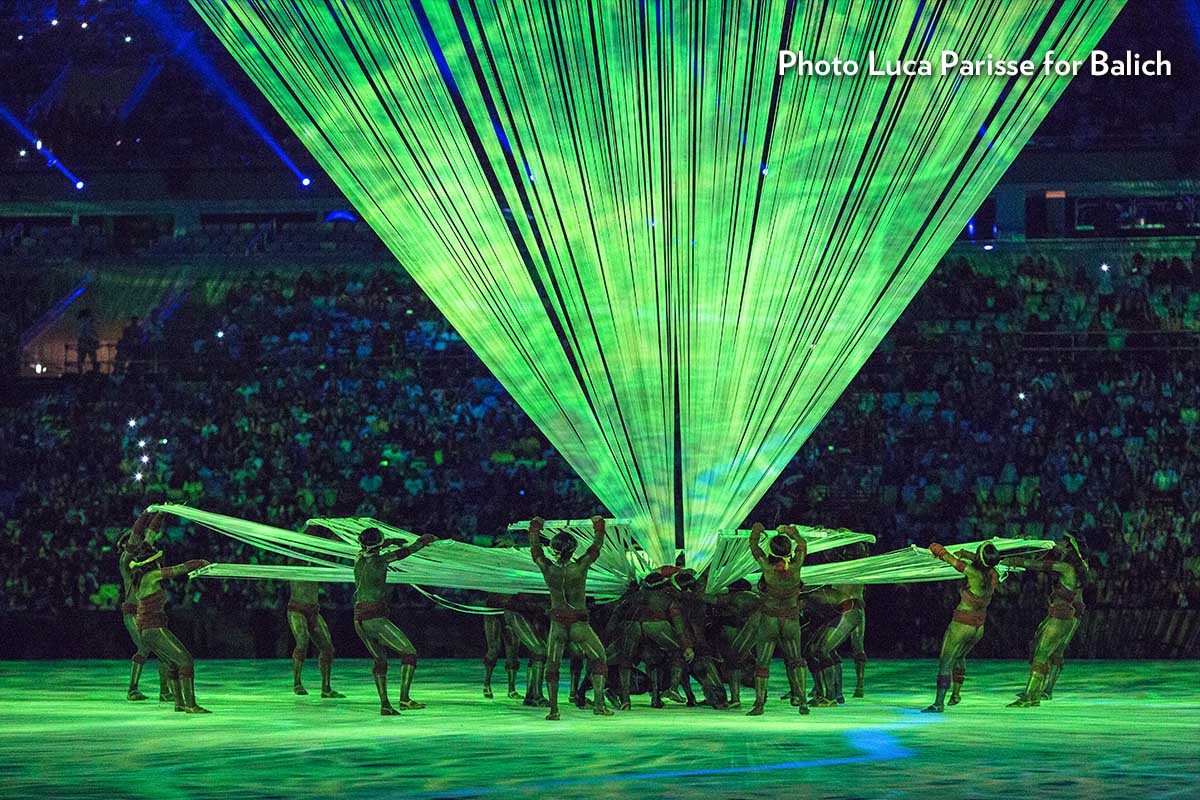 — MESSAGE FROM THE CREATORS

Brazil’s ceremony will focus on the future, celebrate togetherness and reach beyond
the country’s borders, speaking to the planet as a whole.
We want to change some paradigms of the Olympic ceremonies. We replaced the high-tech approach, the dependence on major electronic and mechatronic effects with an analogue inventiveness, making the most of the low-tech spirit, the richness of Brazilian popular culture and the energy and passion of thousands of volunteers. We are planning a big party, celebrating the inventiveness of a country made up of millions of creative people.
Promoting world peace is the basis of the Olympic spirit. Today there is an urgent need to also promote peace with the planet. Climate change and the depletion of natural resources need our attention and the Olympic Opening Ceremony is a wonderful opportunity to shed light on this subject. Brazil, with the largest forest and the largest reserve of biodiversity on the planet, is the right place for this message to be spread. It is not enough to stop harming the planet, it is time to begin healing it. This will be our Olympic message: Earthlings, let’s replant, let’s save the planet!