— The art of making things massive in a spectacular celebration of the Turkmen culture.

The Olympic Committee chose Balich Wonder Studio to produce the Opening Ceremony of Asian Indoor and Martial Arts Games in Ashgabat, the largest event in the Central Asian region.

It has been nearly a three-year journey for the international Balich Wonder Studio team, whose members come from 39 different countries, as well as the Turkmen creative colleagues, in developing and producing a multi record breaking show with an impressive set design. In fact, during the key moments of the Opening Ceremony a huge cylinder was features in the centre of the stadium functioning as a source of energy for the show: it represented the “core” of the Nation. The central ring – measuring 30m diameter, suspended in the air 30m above the field of play – was a complex set of catenary cables spanning the length and the width of the venue. It was also the screen for massive projections and the support for aerial performers.

“The Spirit of Turkmenistan” was the title of this astonishing ceremony held at the Ashgabat Olympic Stadium, a 45,000-seater venue located at the centre of the Olympic complex. With its 7,631 performers, the show was an inspiring song to the youngest generations which will grow stronger thanks to education and culture, just like the athletes competing in the games.

TBC – On the occasion of the Opening Ceremony social networks and the broadcasting of the show has been exceptionally opened to international users. 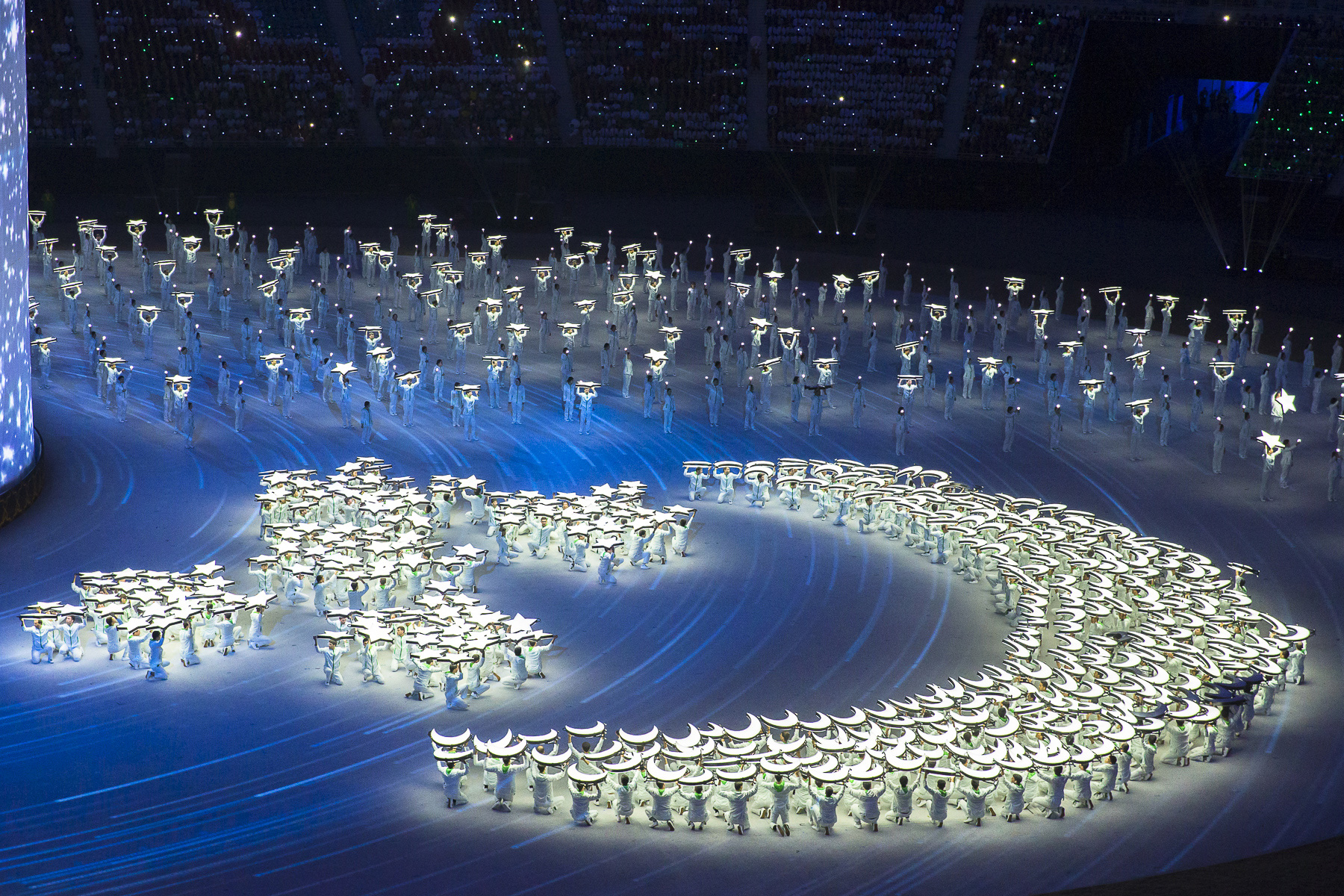 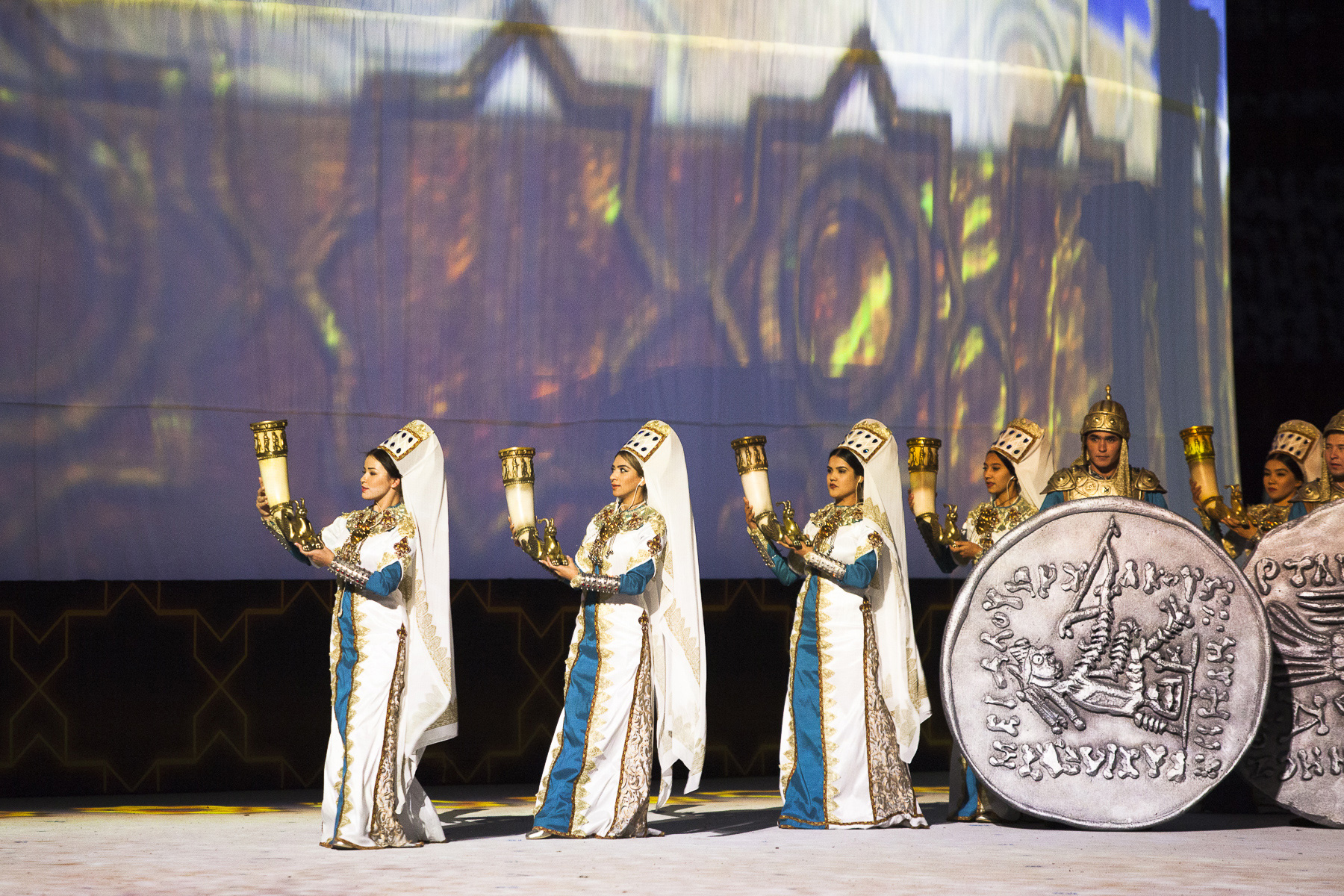 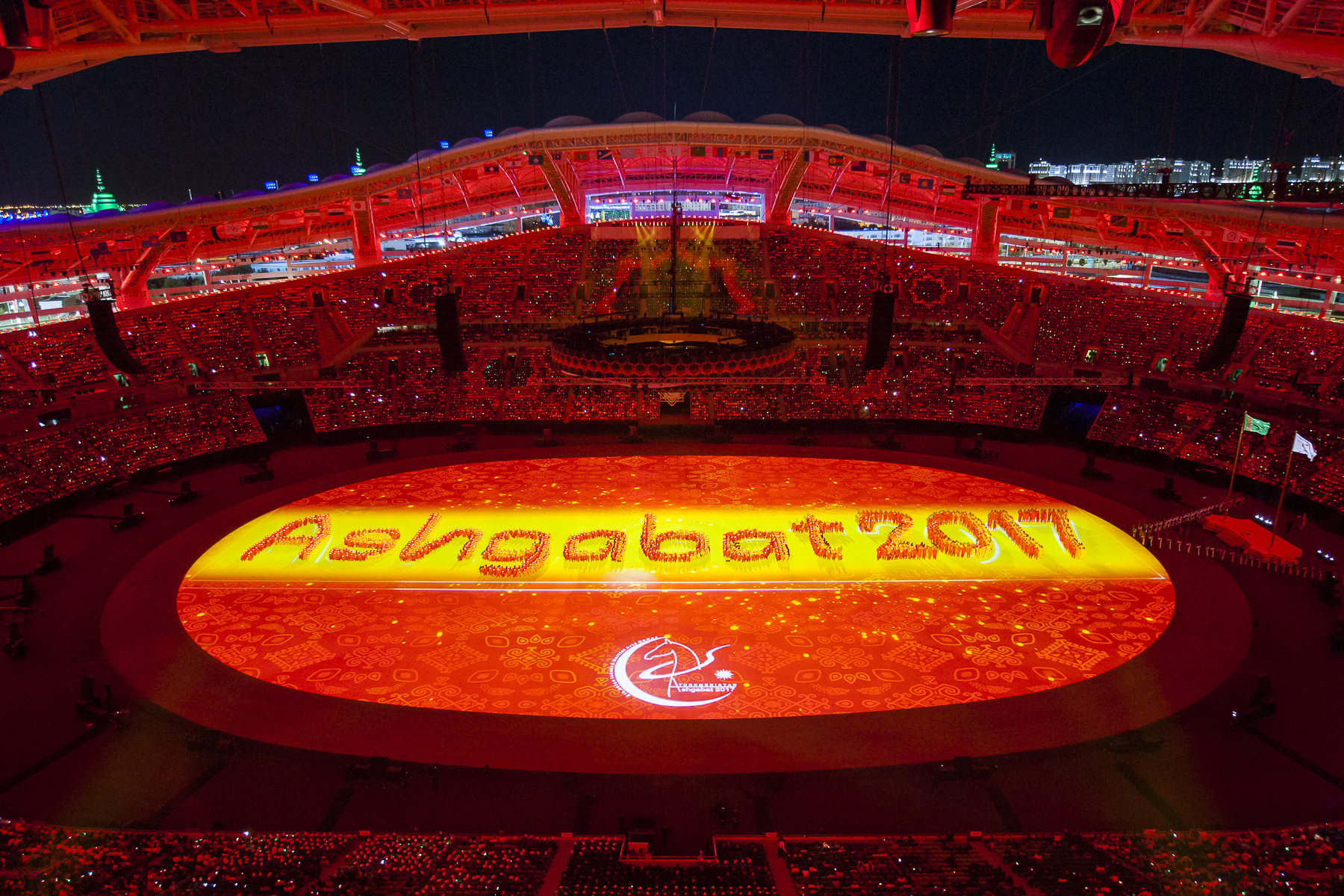 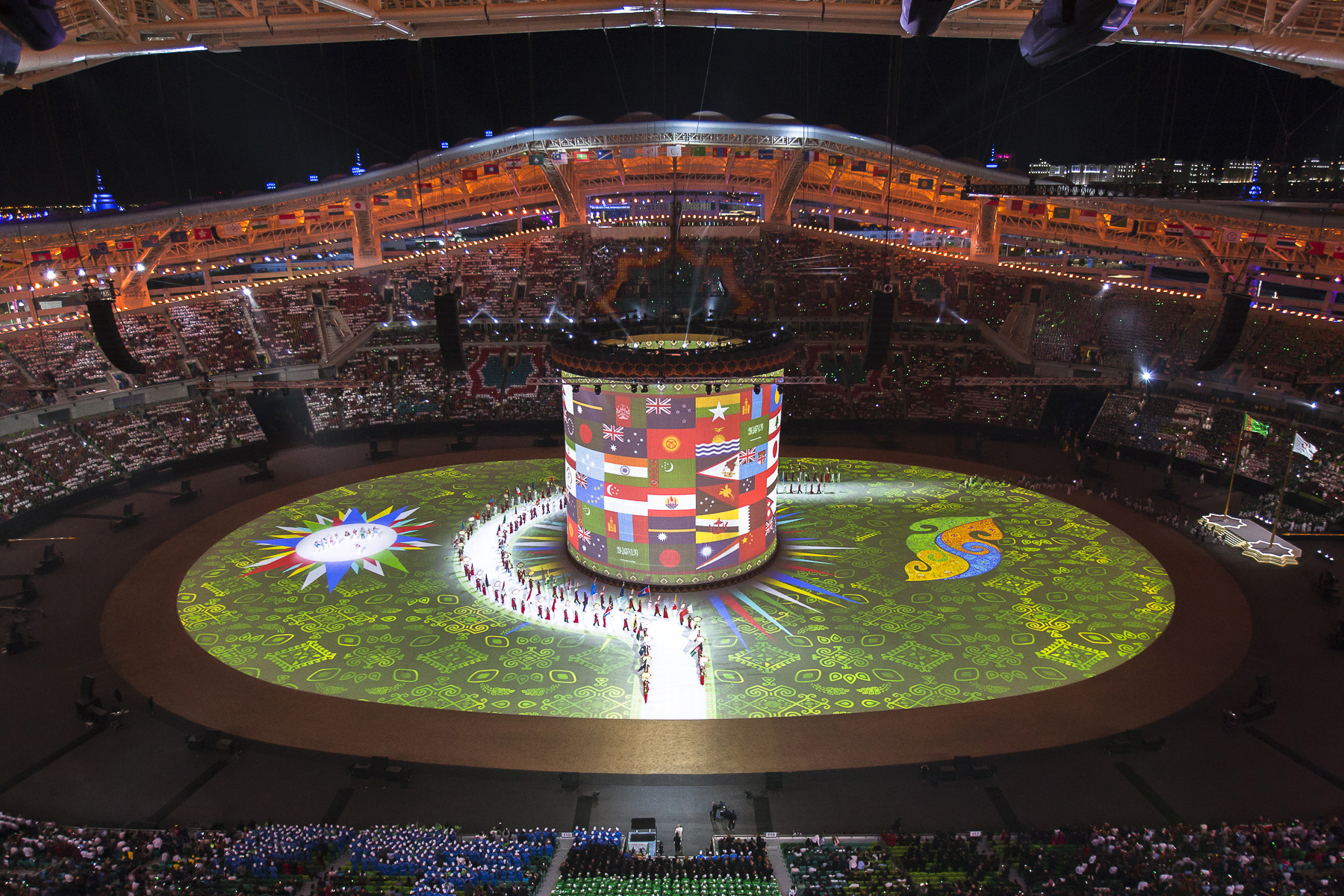 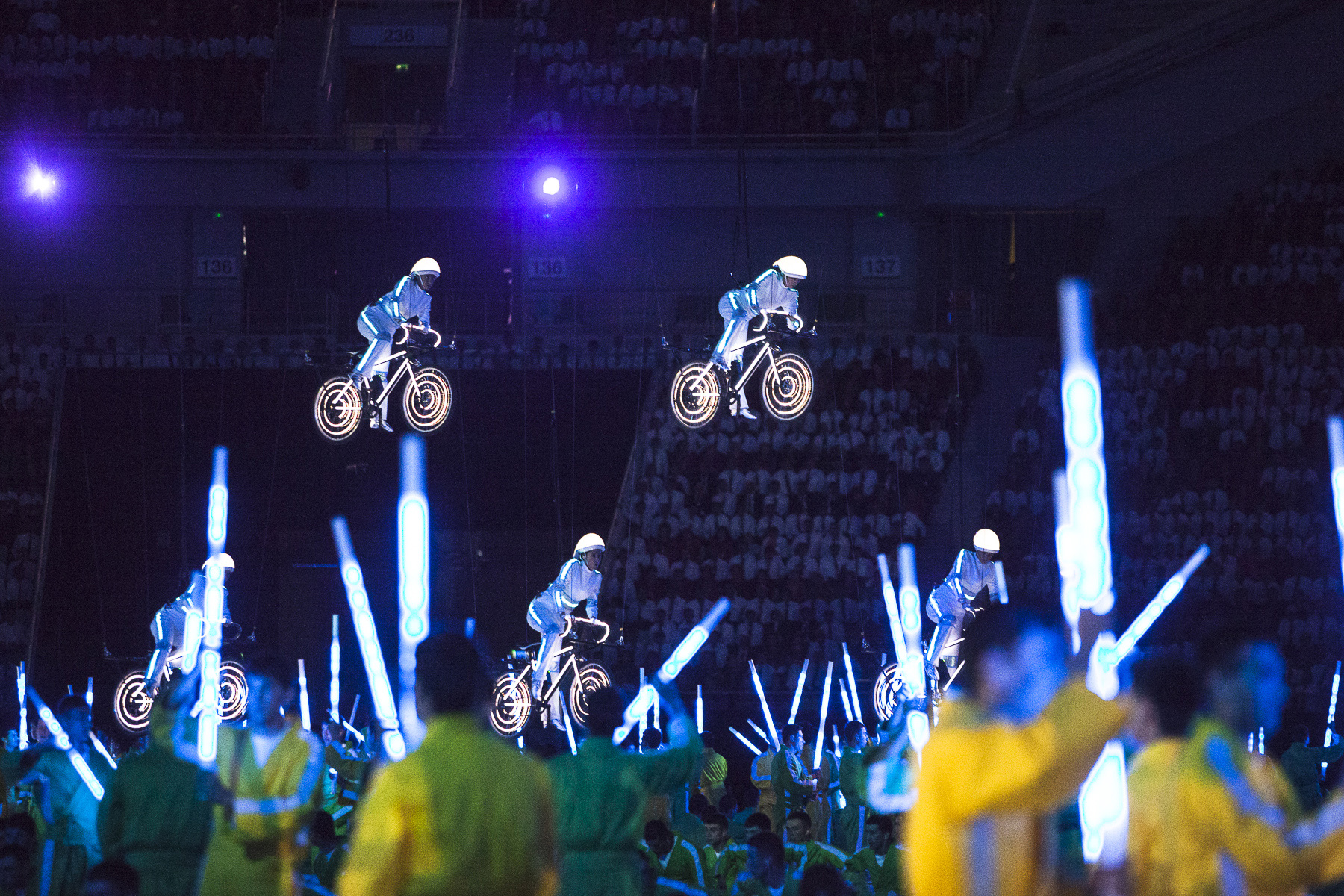 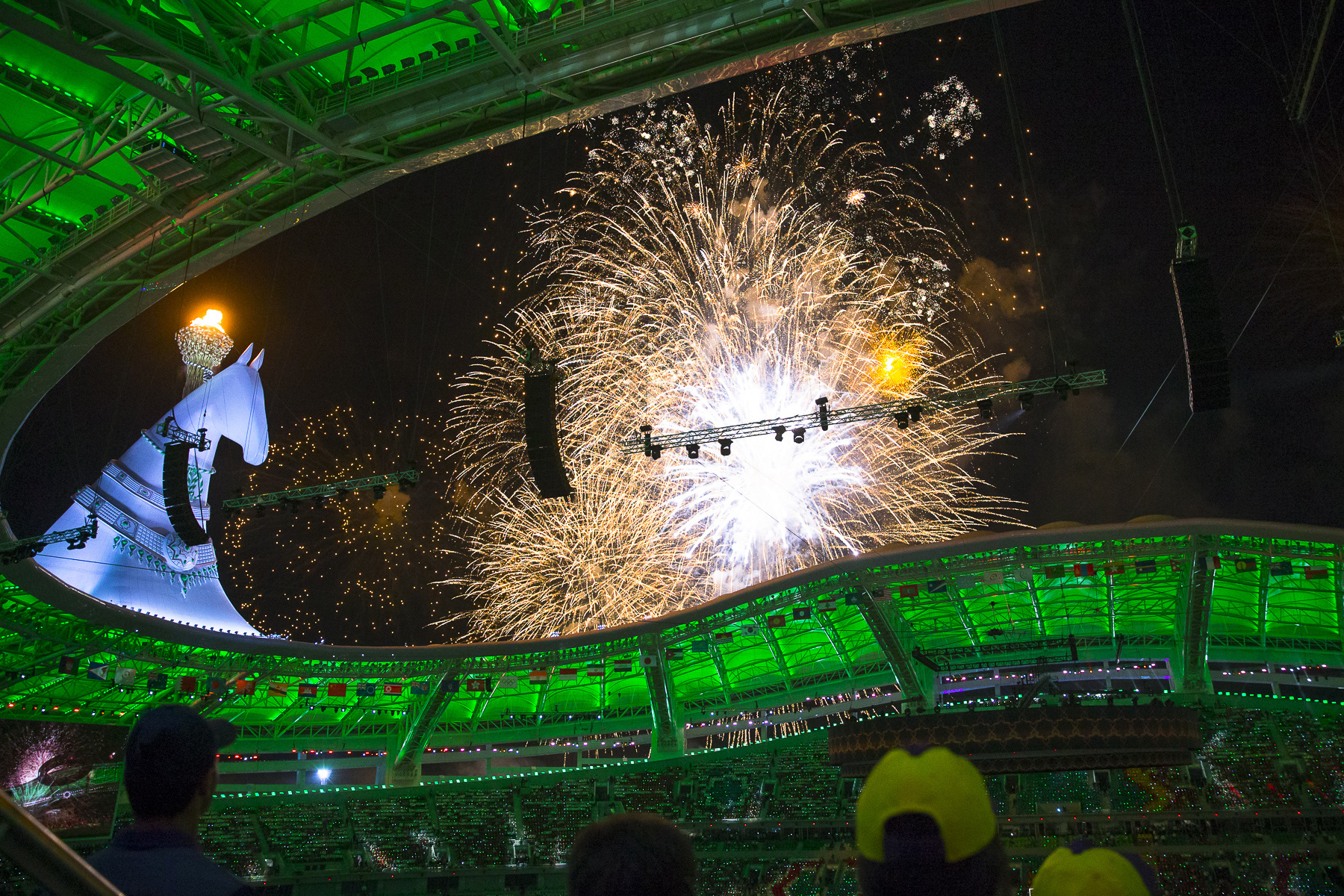 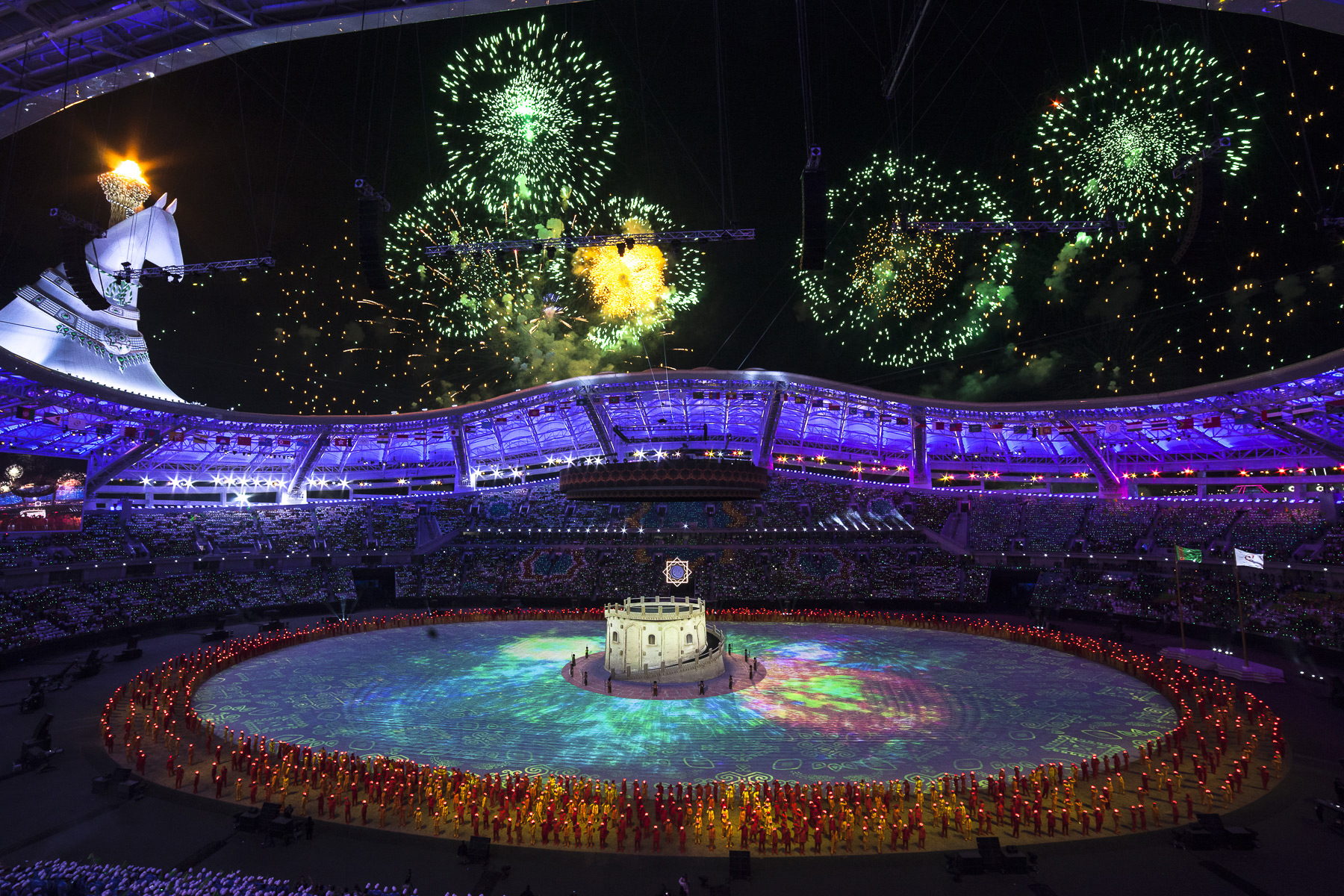 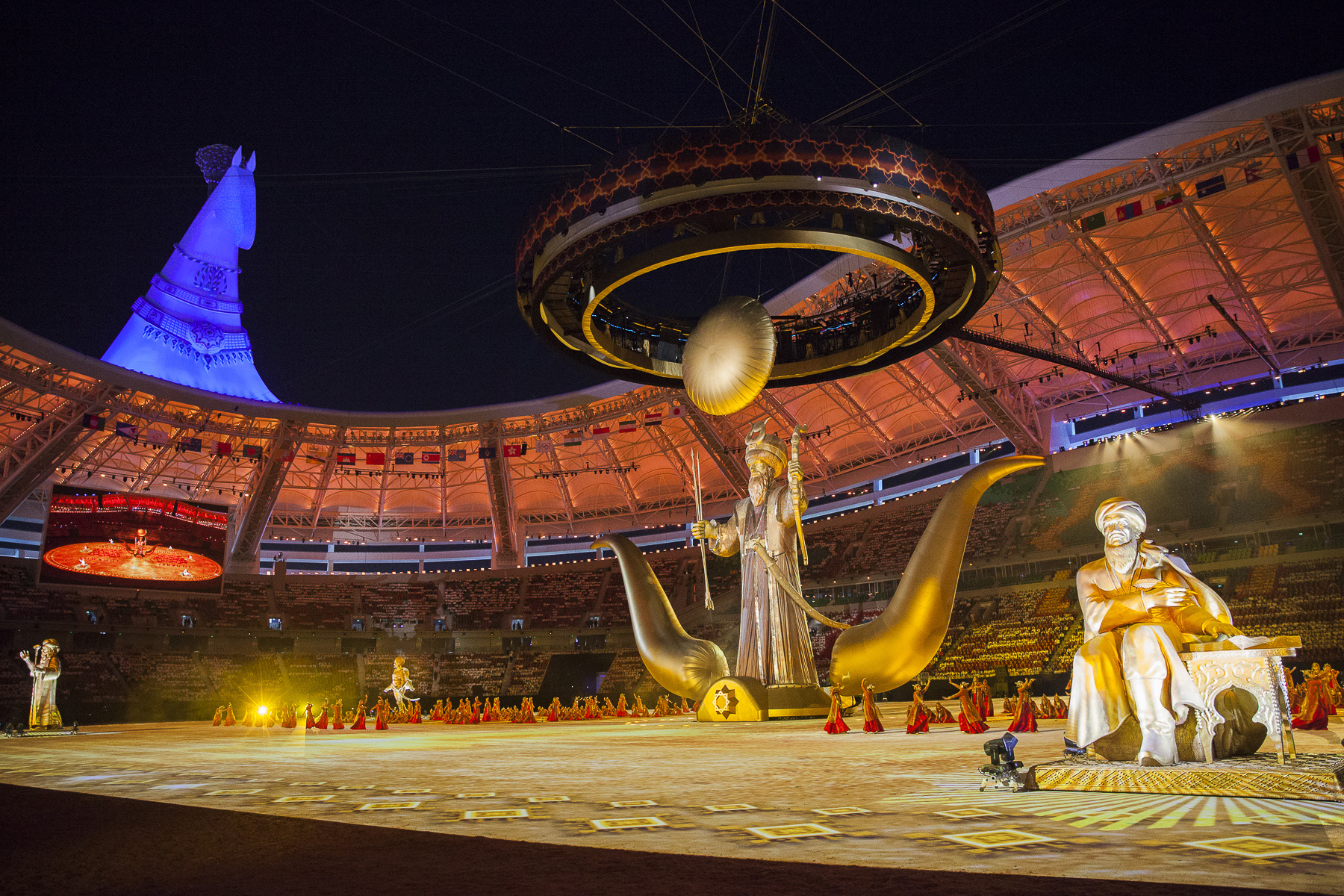 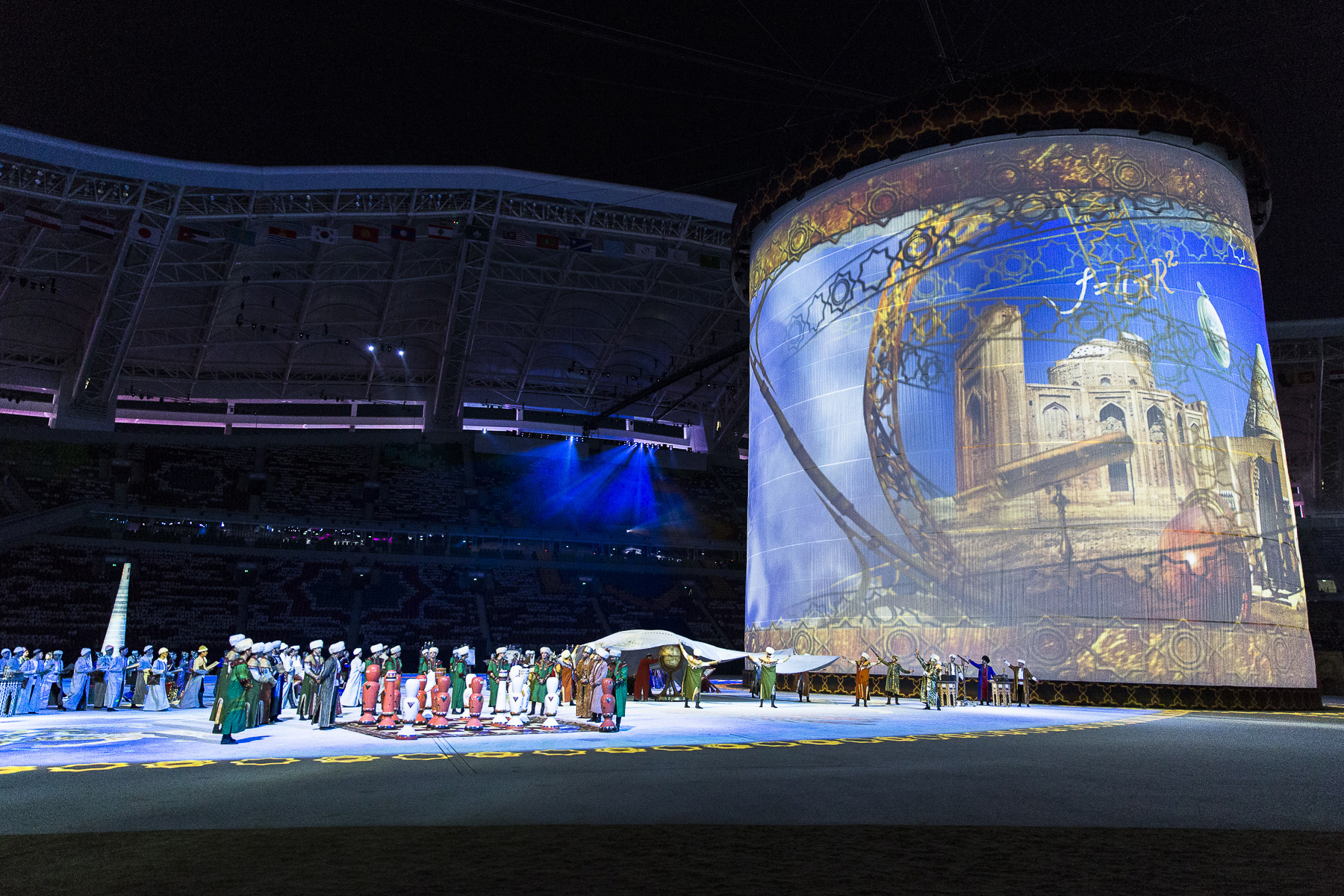 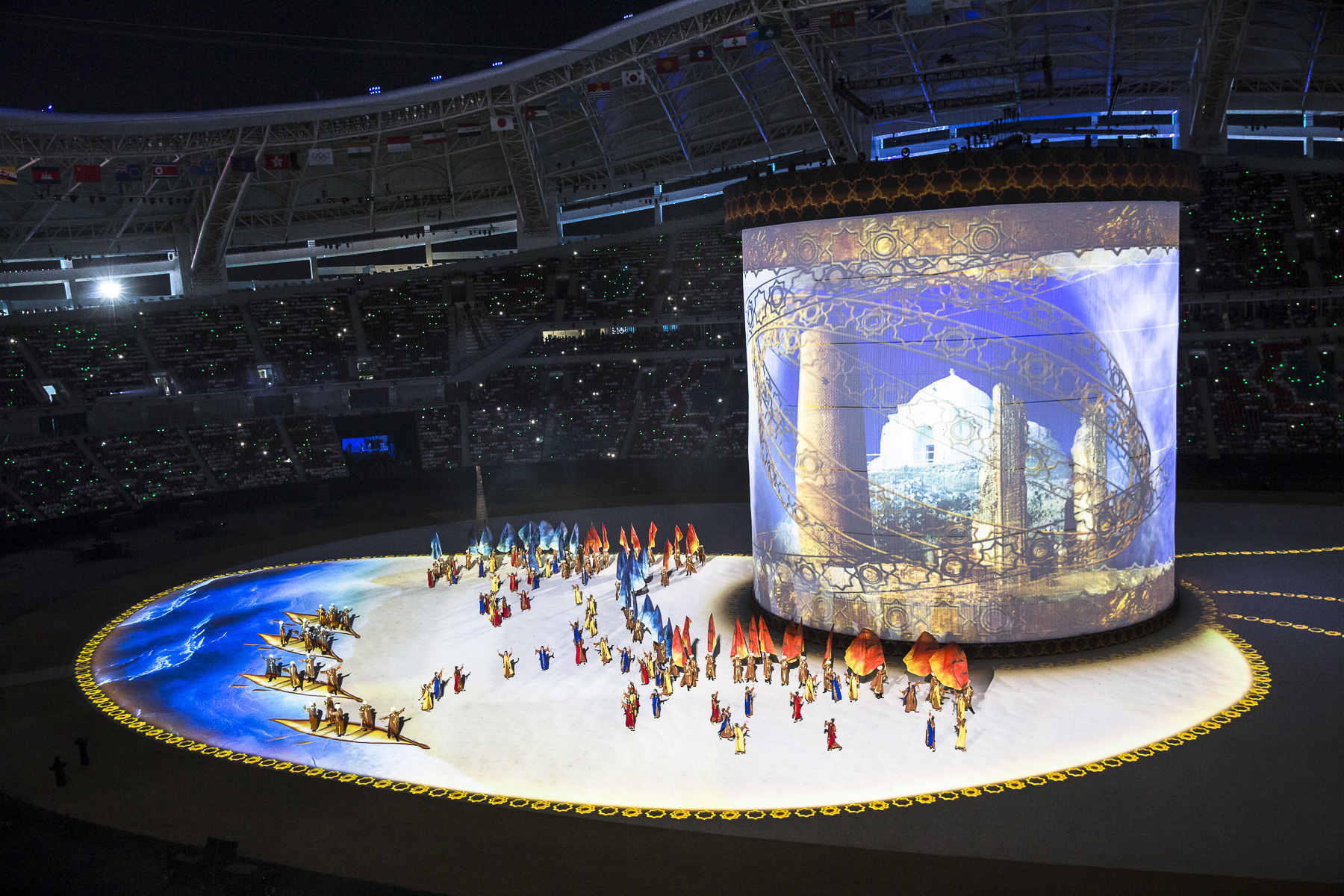 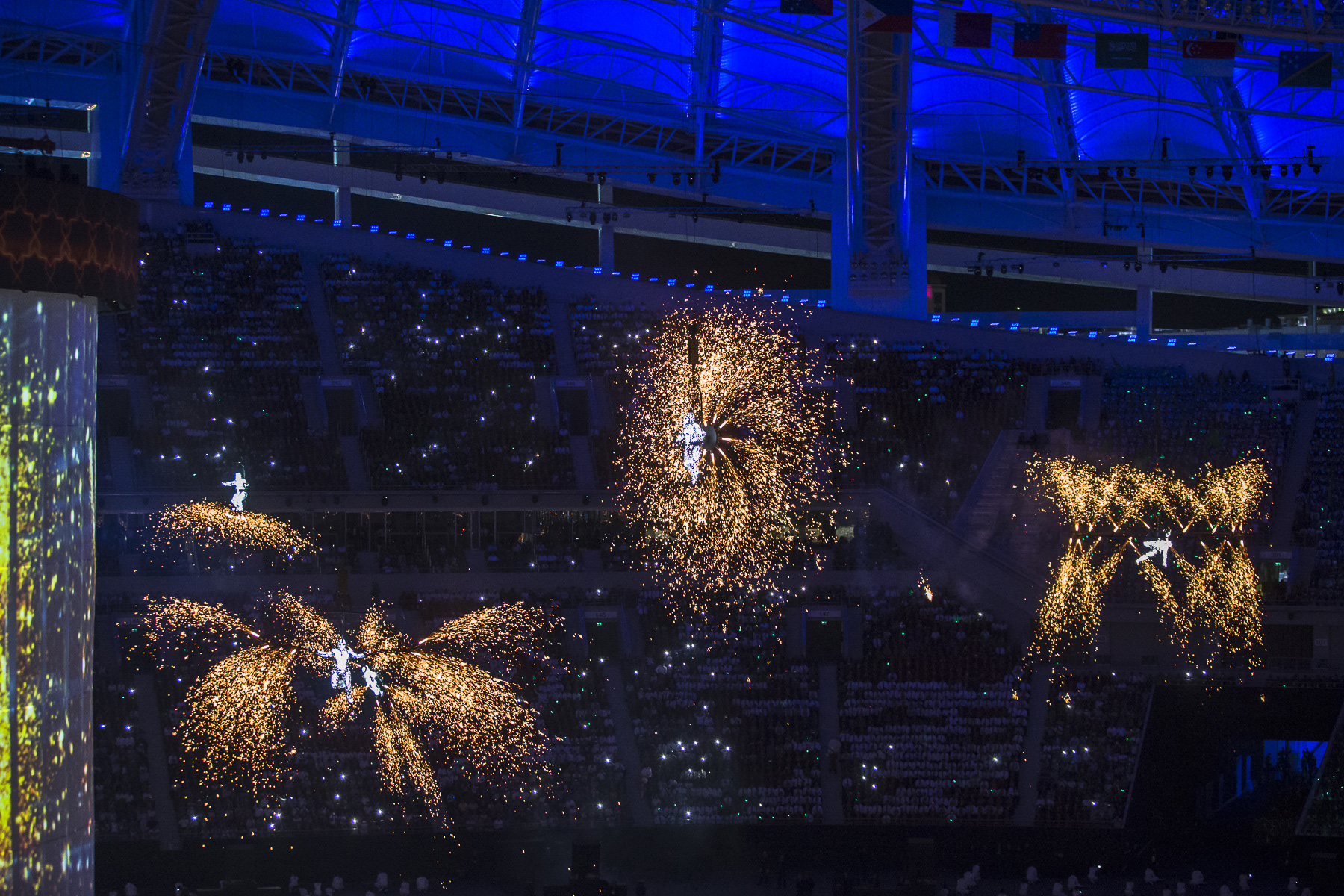