— The s howcasing of traditions with a modern twist in a contemporary national c elebration .

On the occasion of the 89th Saudi National Day, Balich Wonder Studio created and produced “Inspiration Road”, an outstanding tailor-made show offered to all the Kingdom, inspired by the raw beauty of its landscapes and the determination of its people. As the Kingdom experiences a phenomenal transformation, Vision 2030 seems closer than ever, standing at the threshold of the Inspiration Road, the path that Saudis have chosen to take towards their future with determination, inspired by their past and by the vision of their future.

The show recounted in a sequence of 7 acts the story of Saudis in all its diversity, colors, seasons and milestones since 1932, starting with a poetic representation of the Road: the story of a path suspended above the clouds, rooted in history, where dreams are drawn in the sand and built on the land. It is the story of Saudi Arabia. To follow, a traditional Samri dance revisited with a modern twist engaged the audience with an upbeat performance stirring excitement, while Saudi’s unexpected beauty was depicted through the mesmerizing sound of an opera aria sung by Italian Mezzo-Soprano Mariangela De Vita, leaving audiences open-mouthed at the view of its staggering landscapes, like snow in the desert, unexpectedly. Therefore, with a heart-rending tribute, the youth expressed gratitude to their seniors in a thank-you video showing the mosaic of faces of Saudi Arabia. Finally, an energetic act led all the way to the future, to the top of the mountain, where the flag of Saudi Arabia flew as high as the ambition of its people.
More than 230 performers were involved, with a team of 115 members from 34 countries, including 38 Saudi talents. 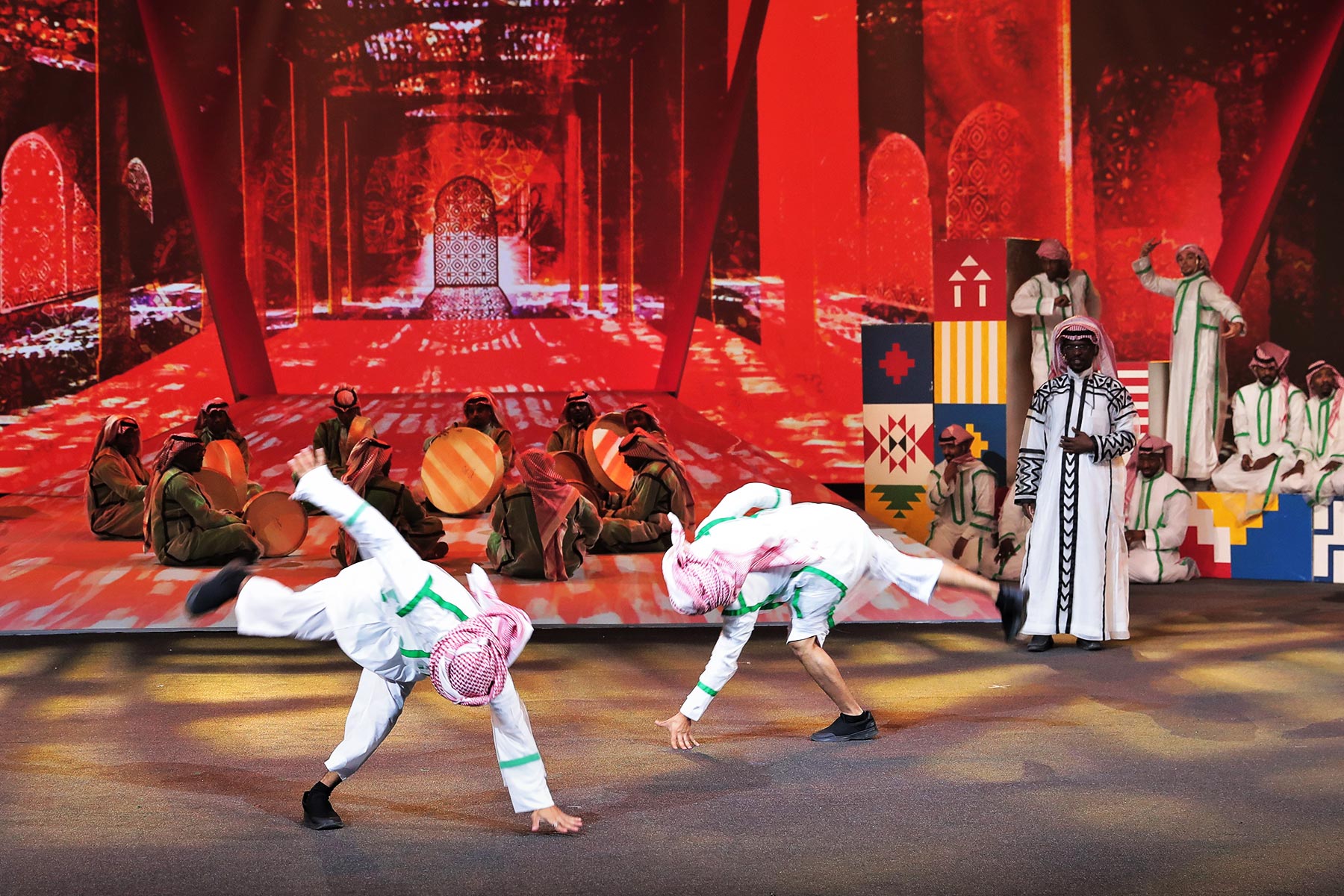 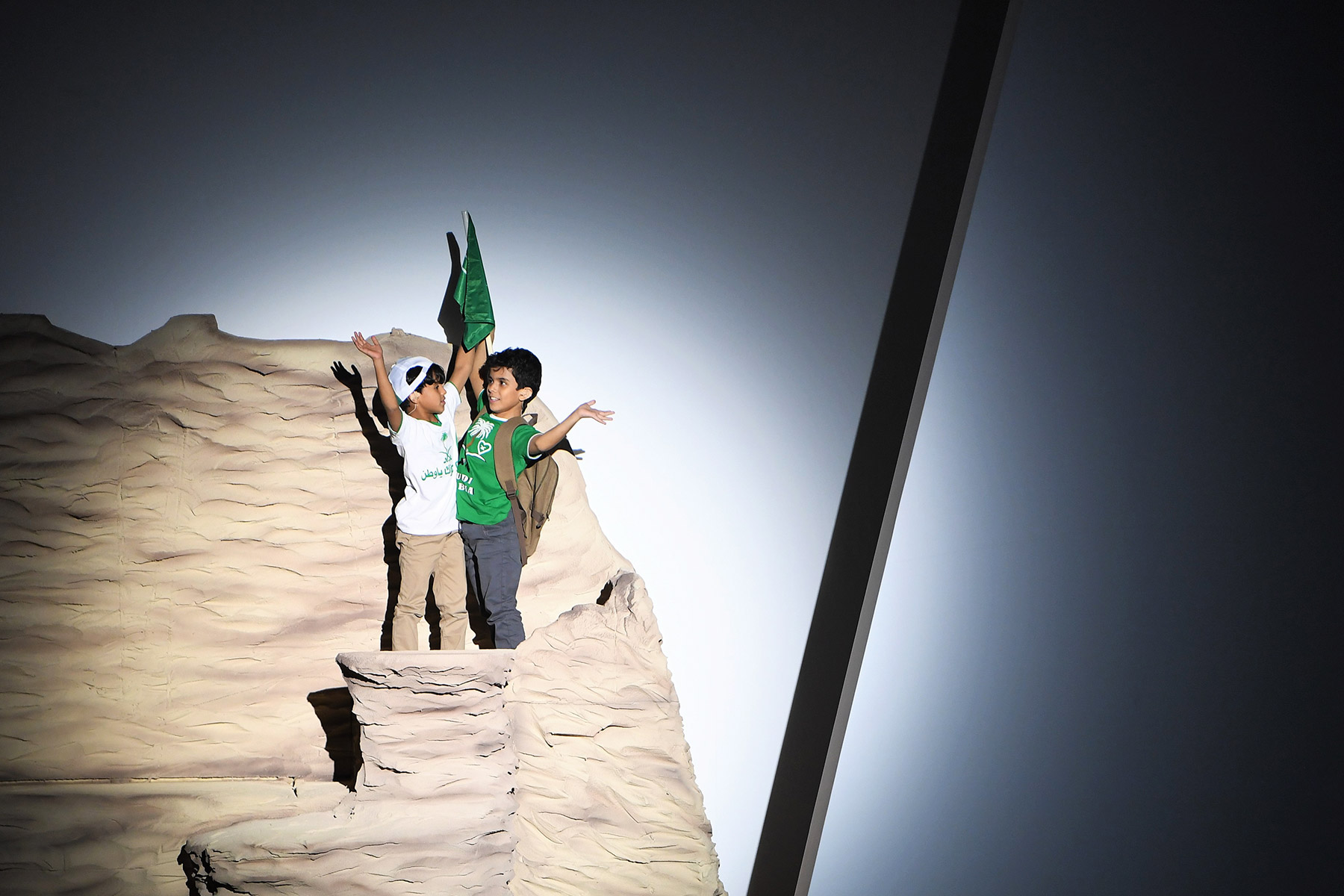 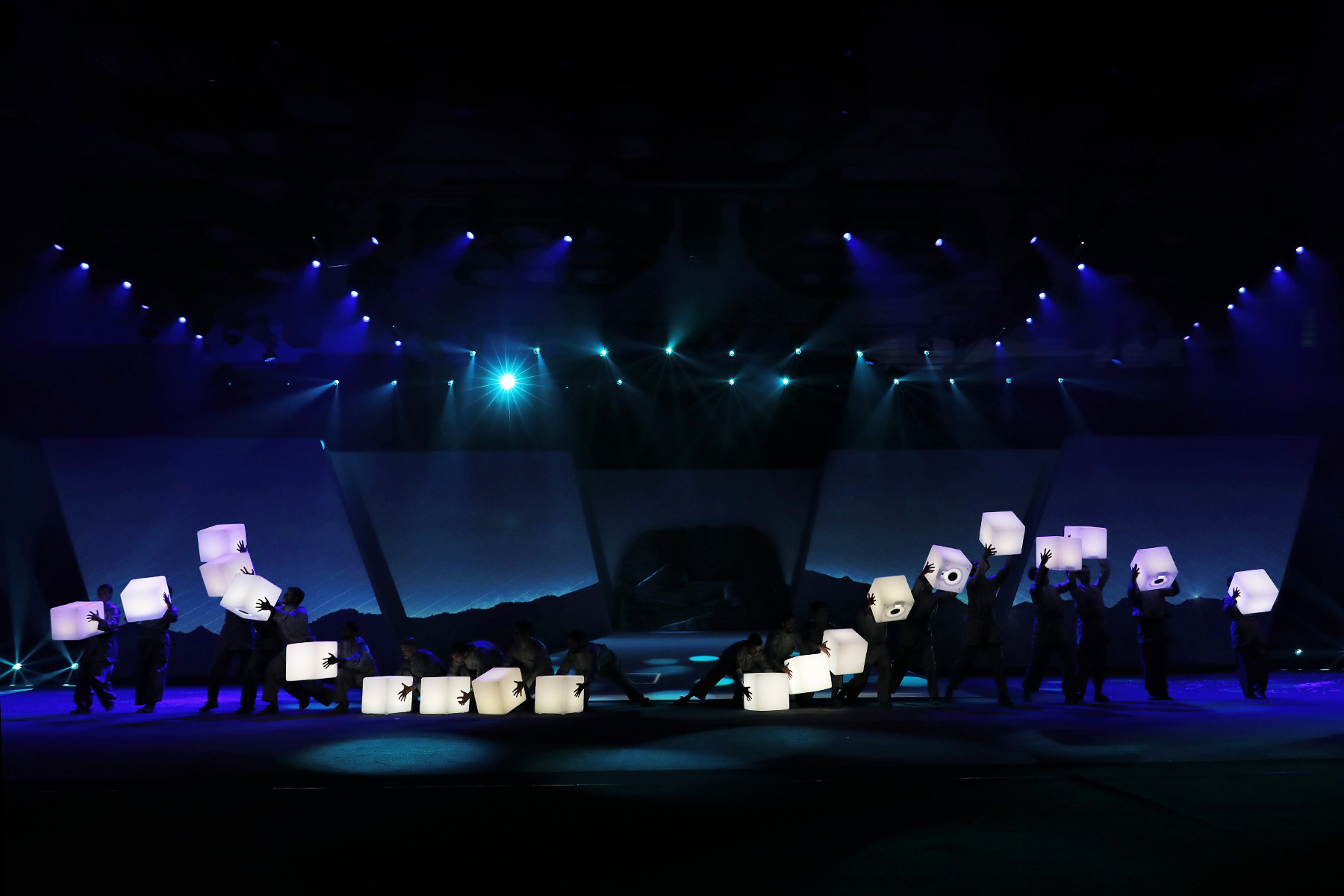 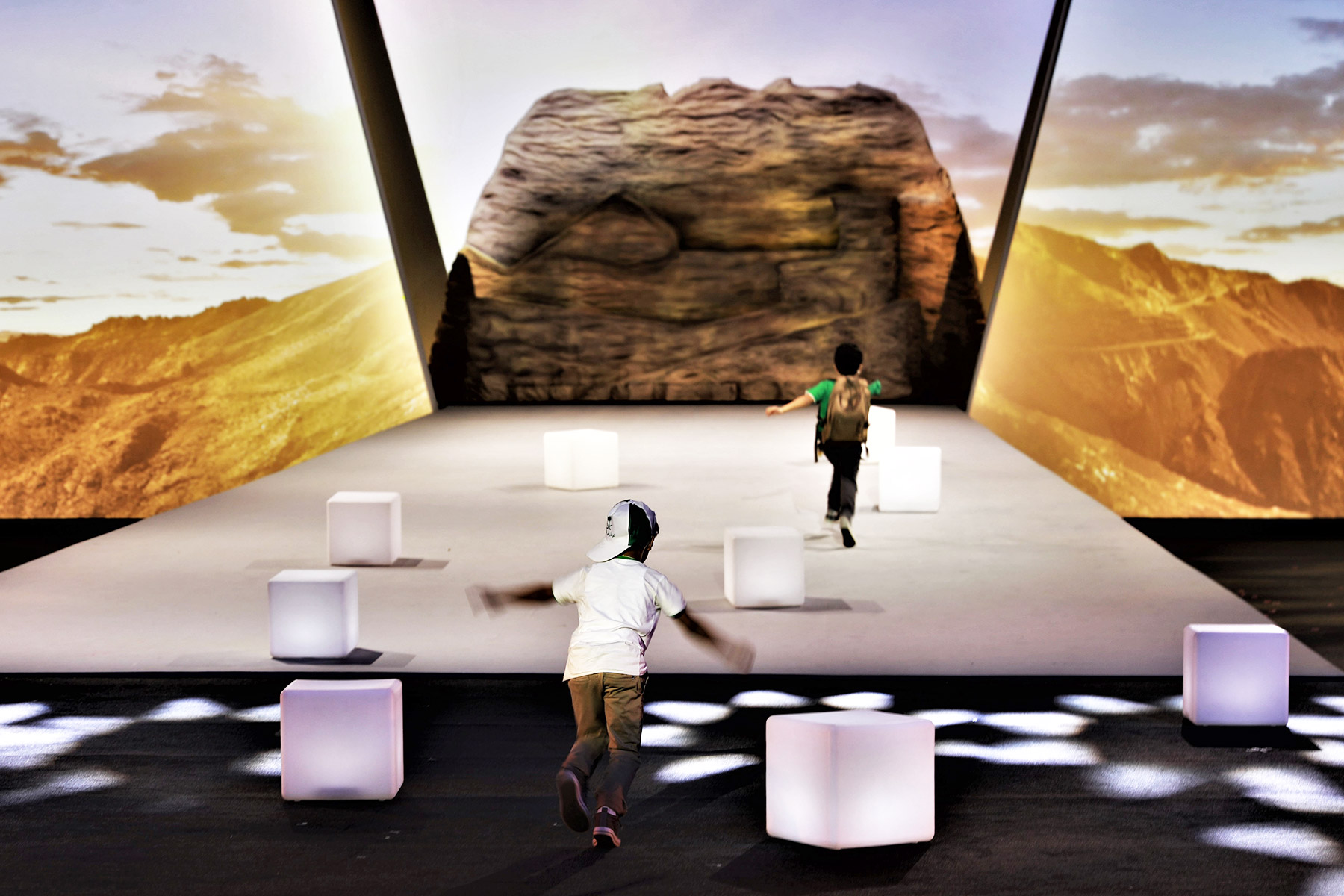 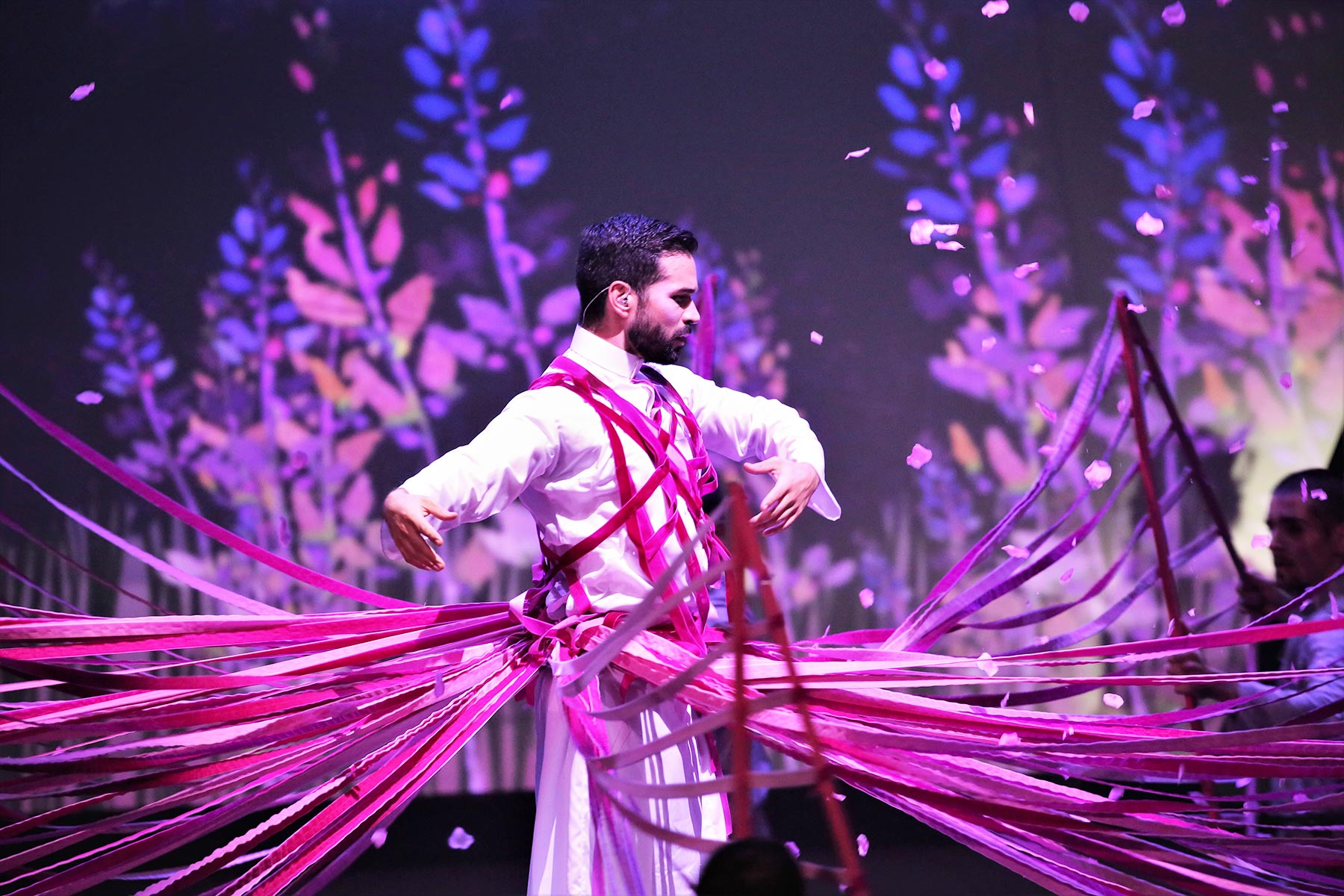 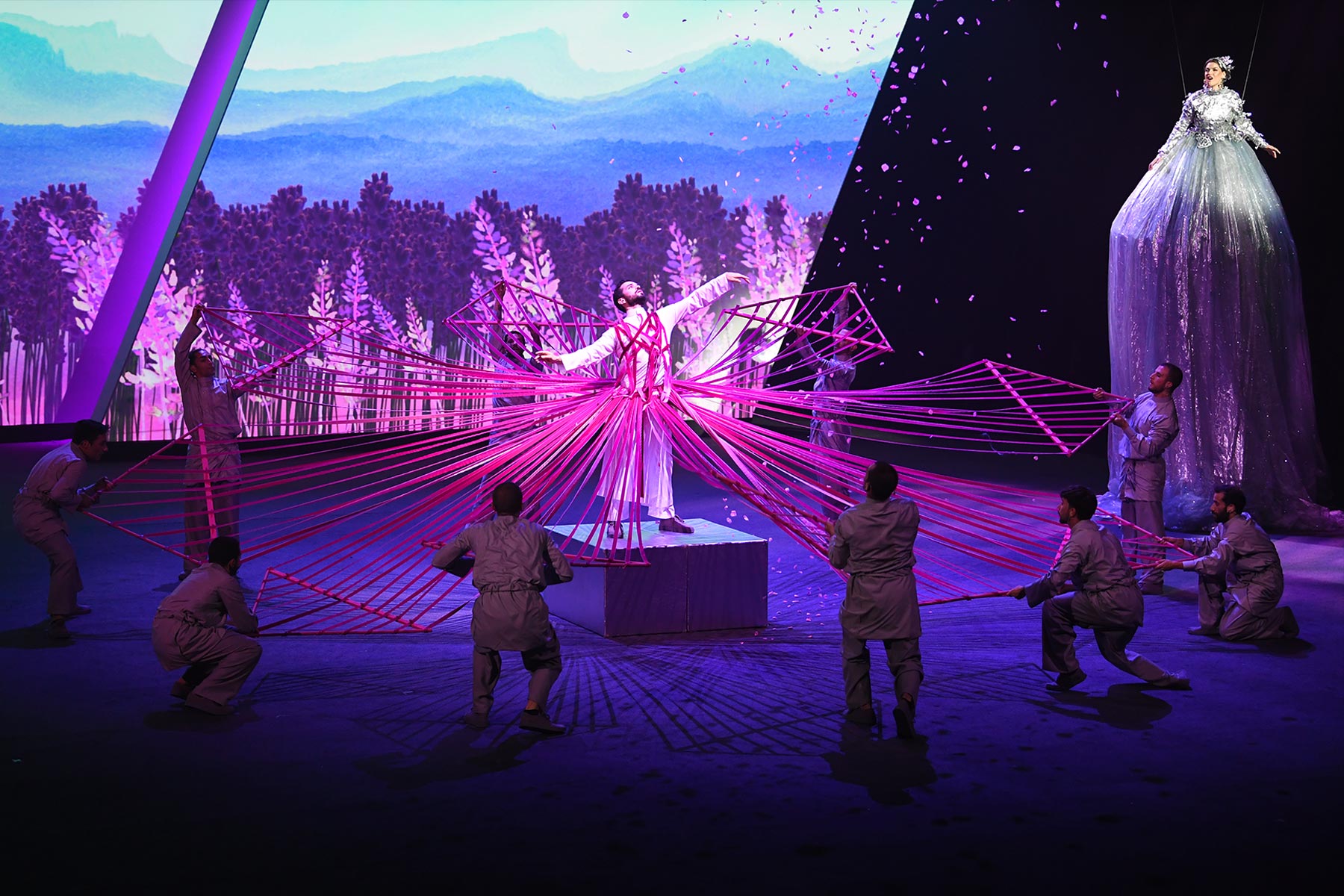 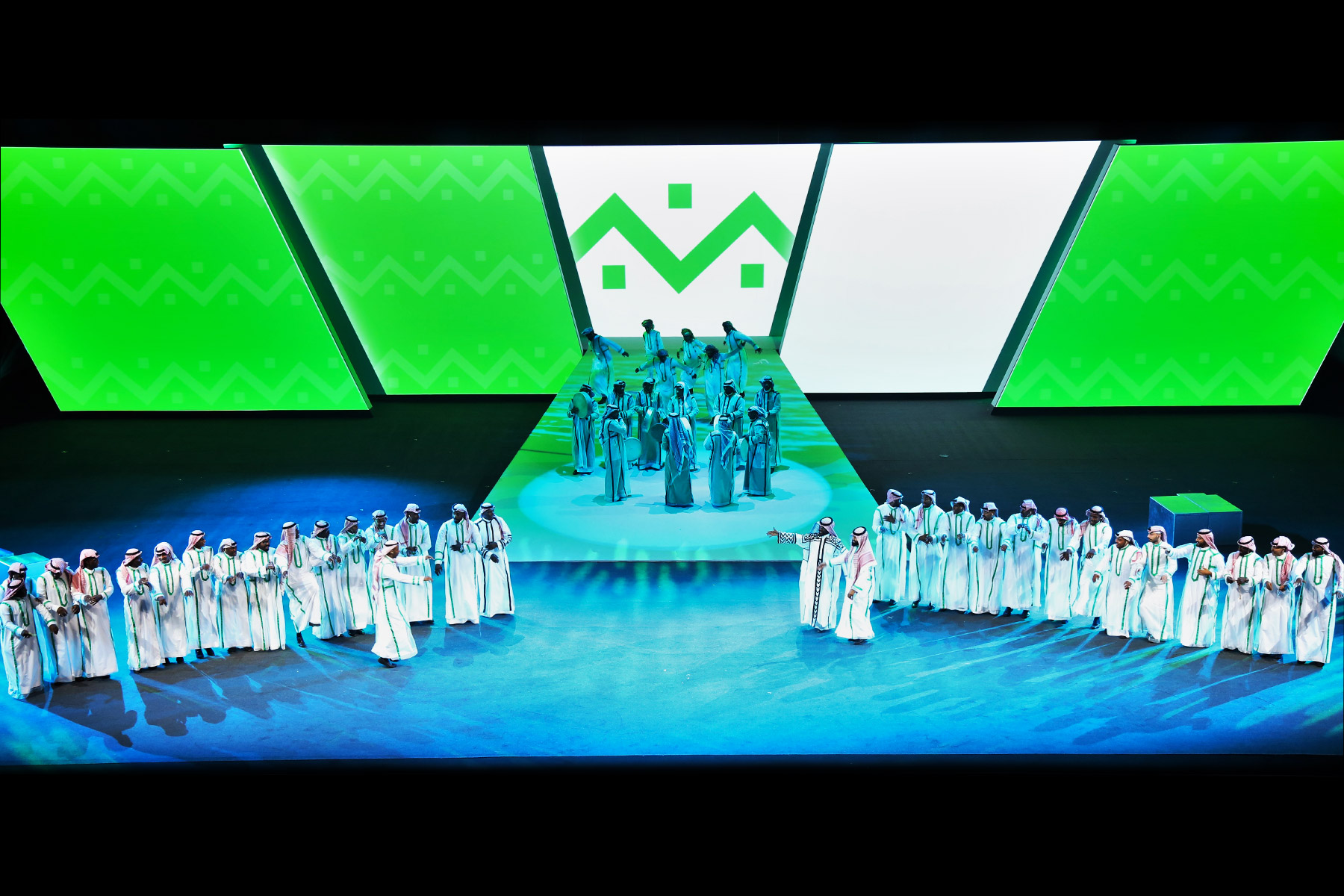 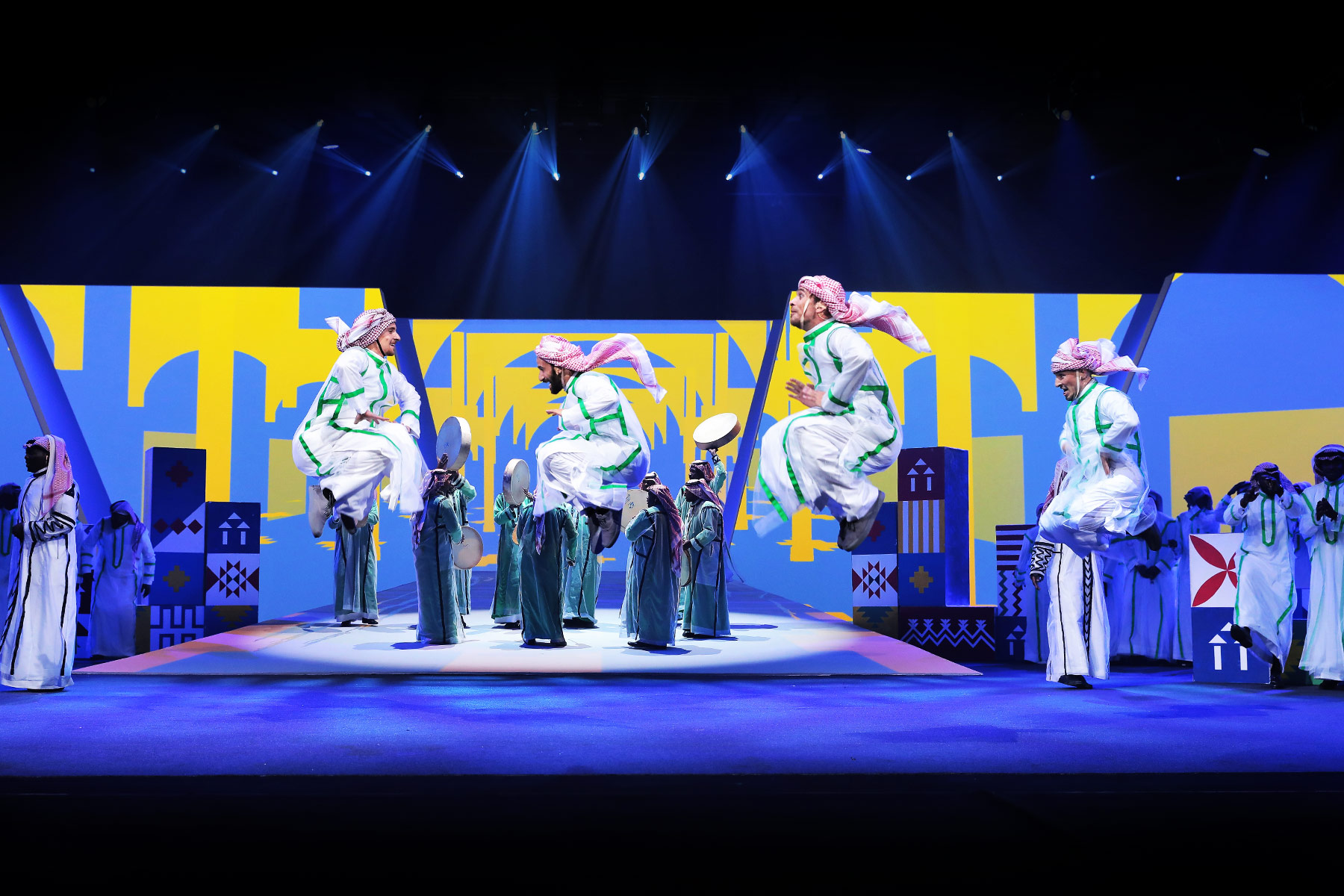 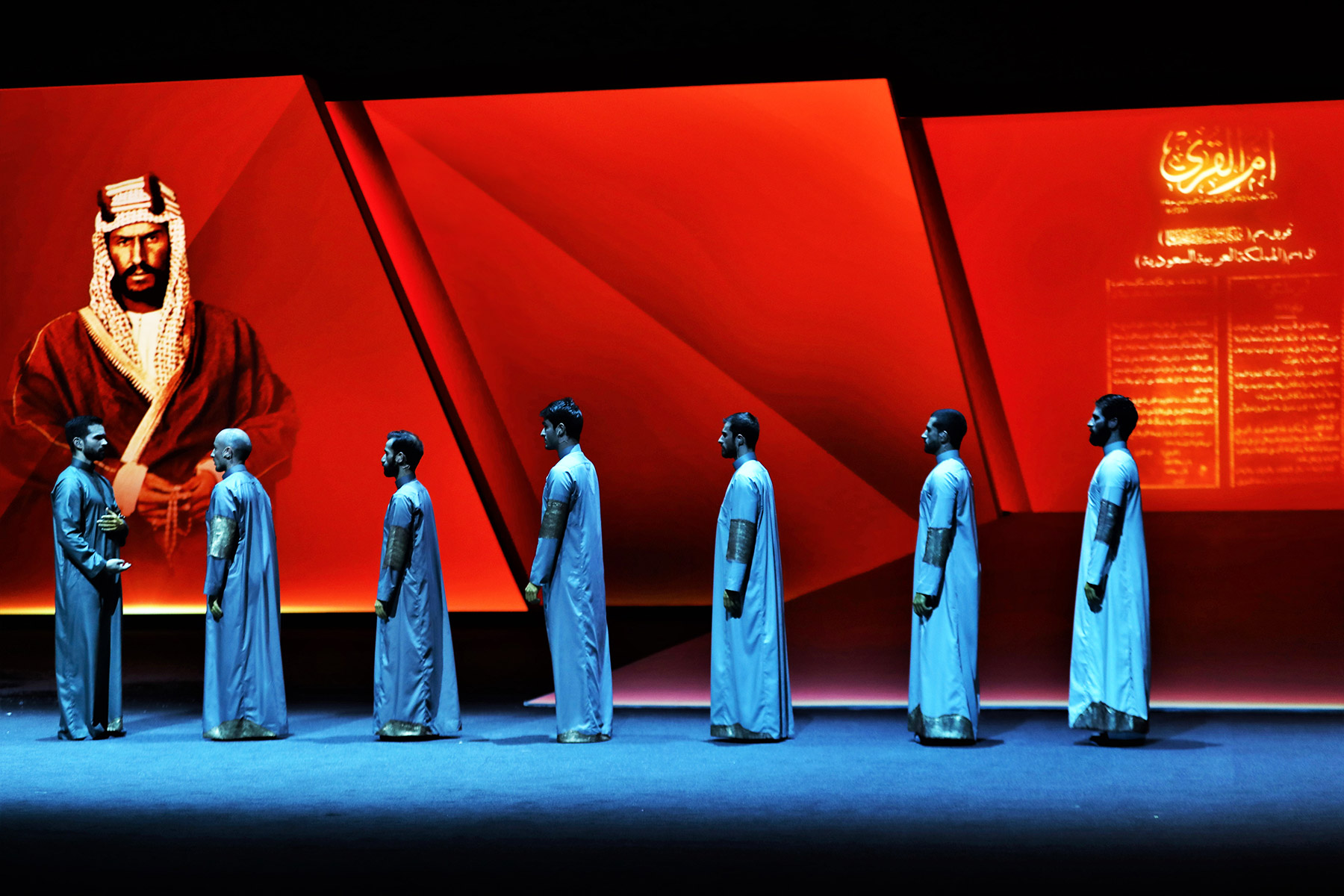 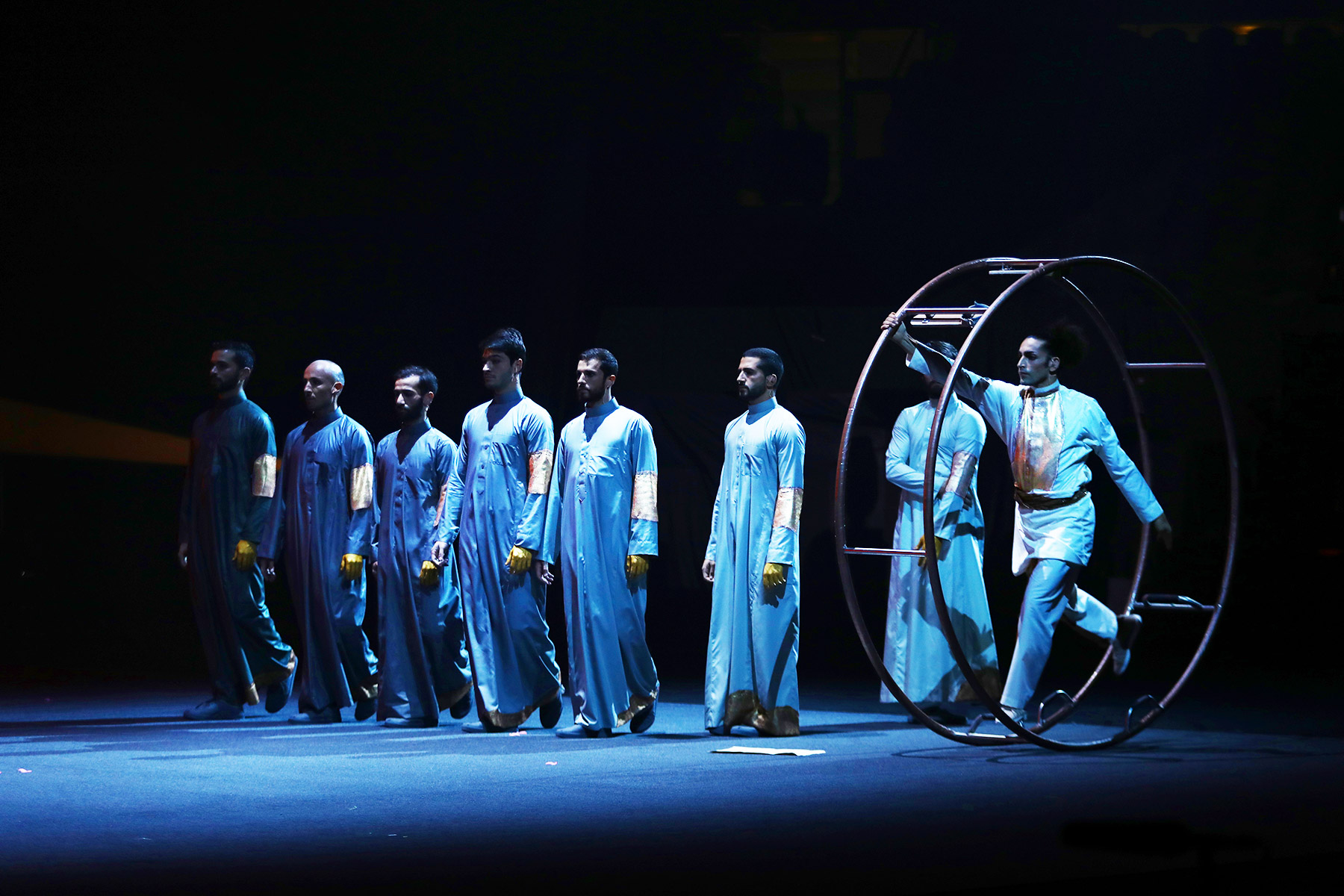 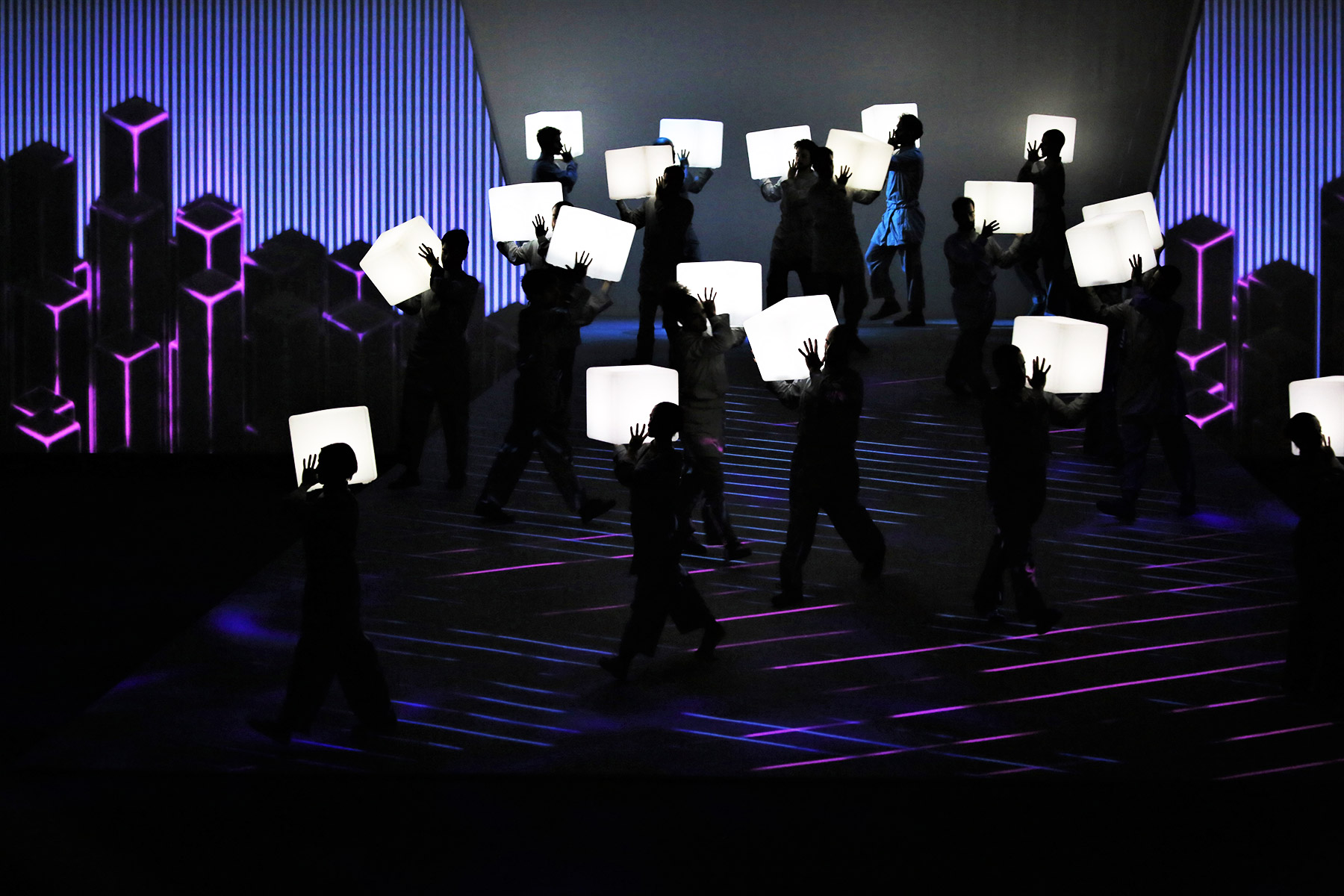 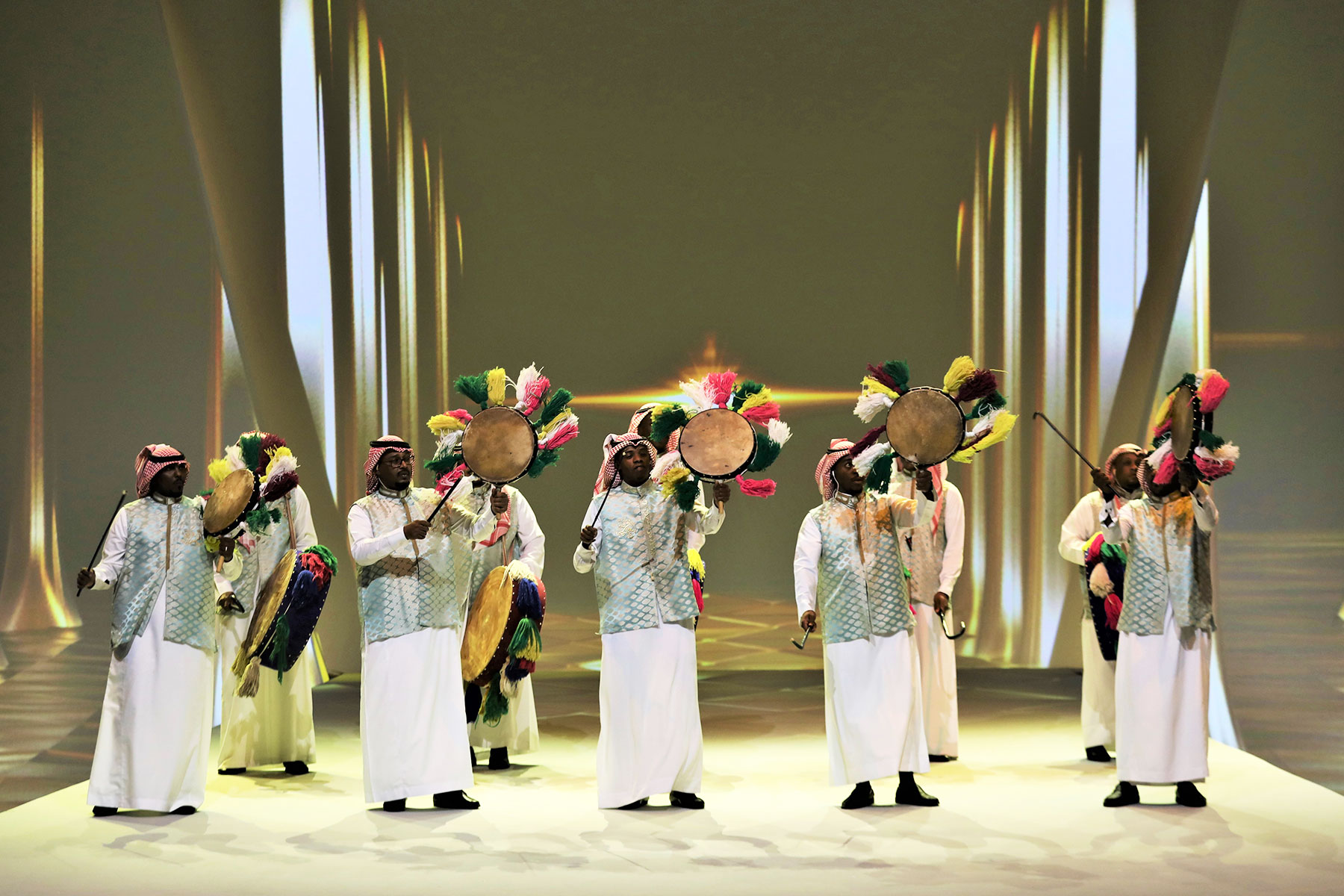 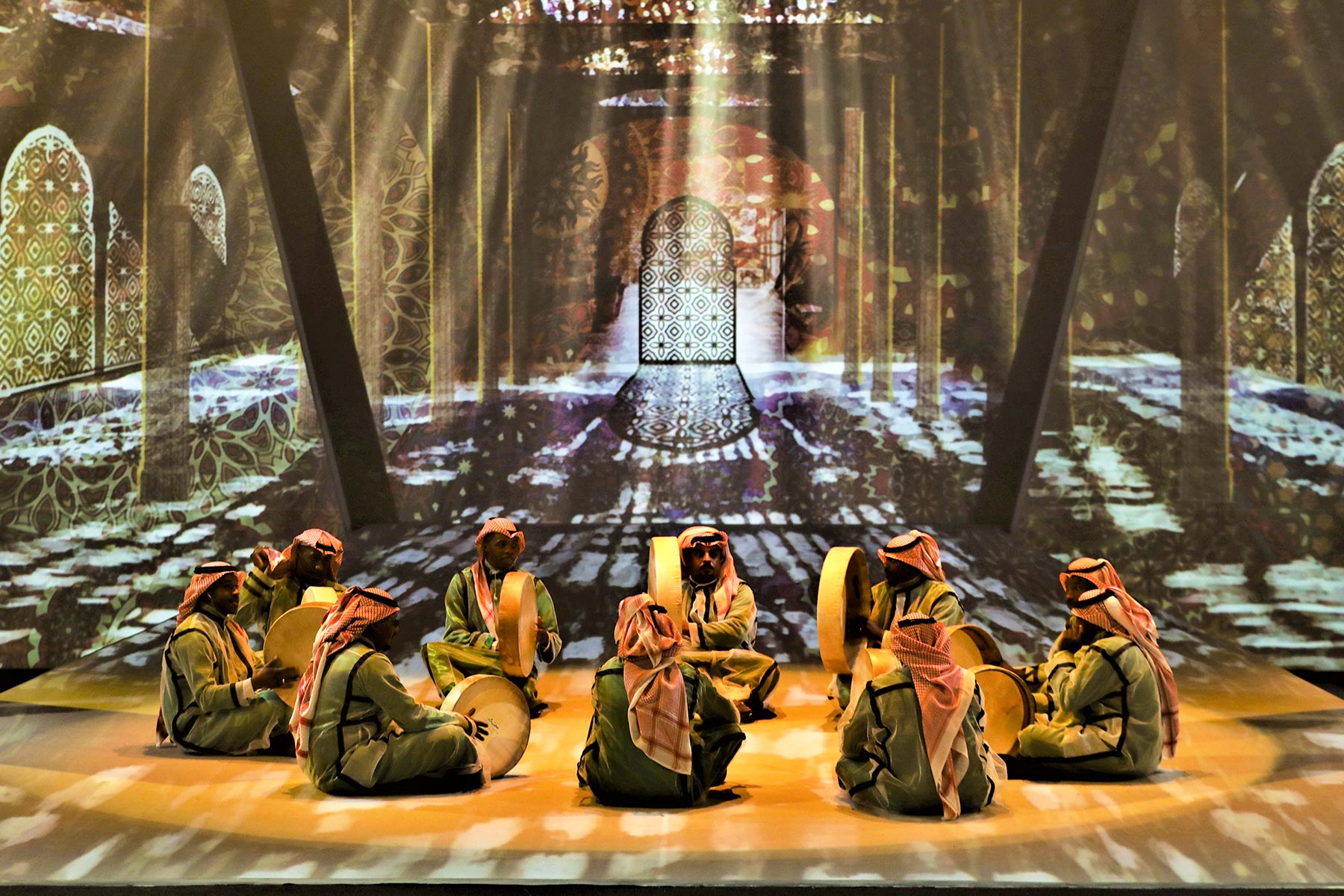 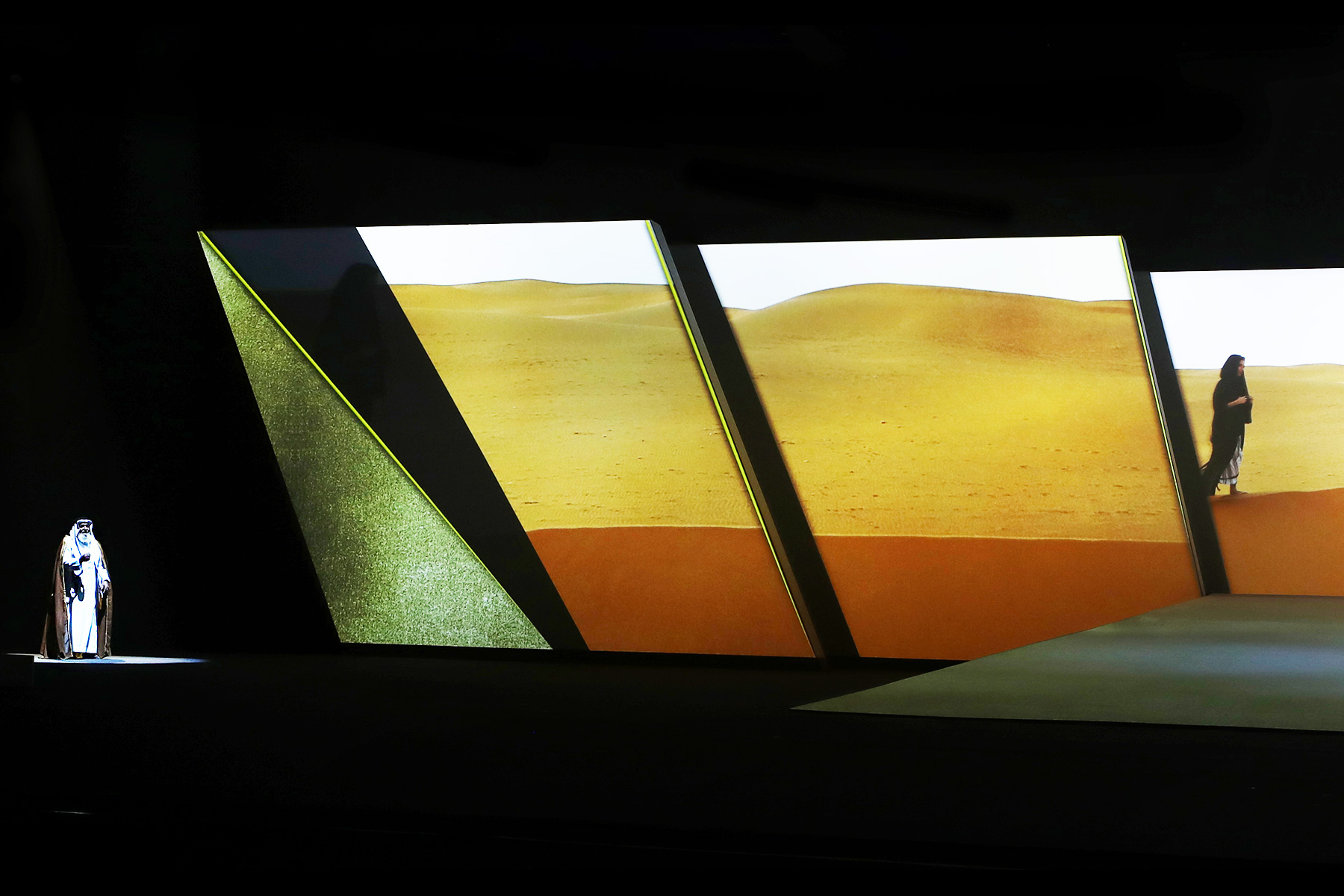 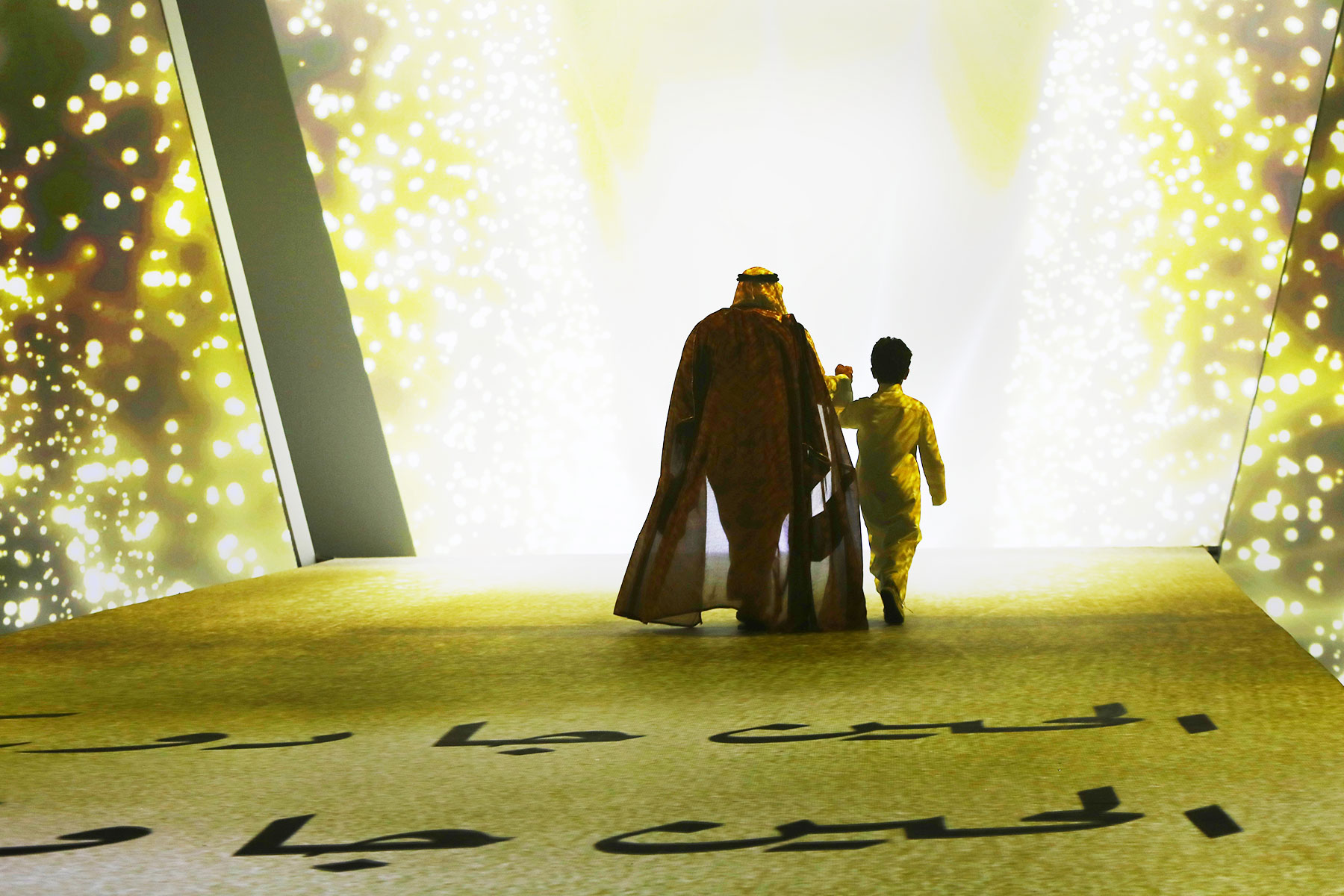 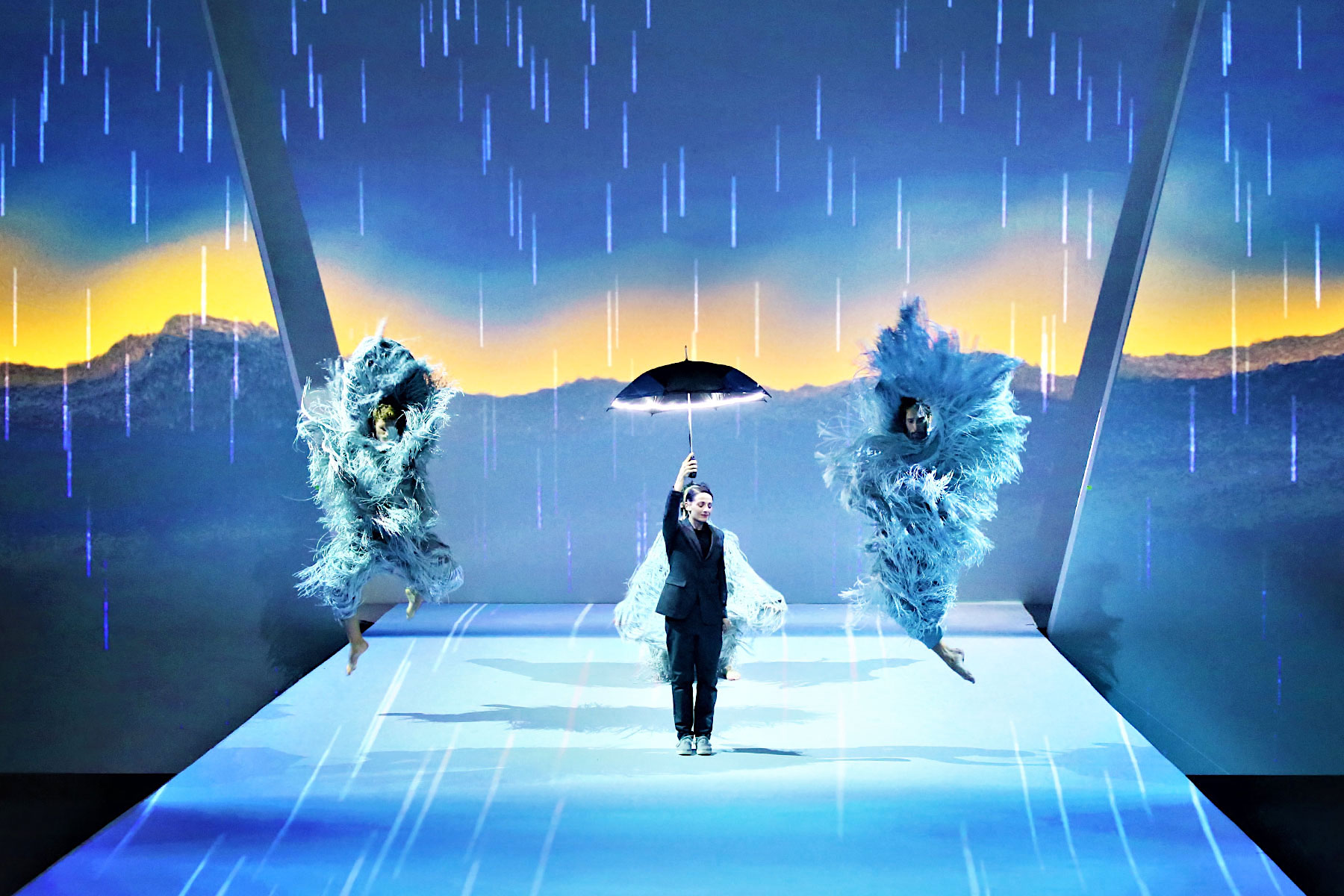 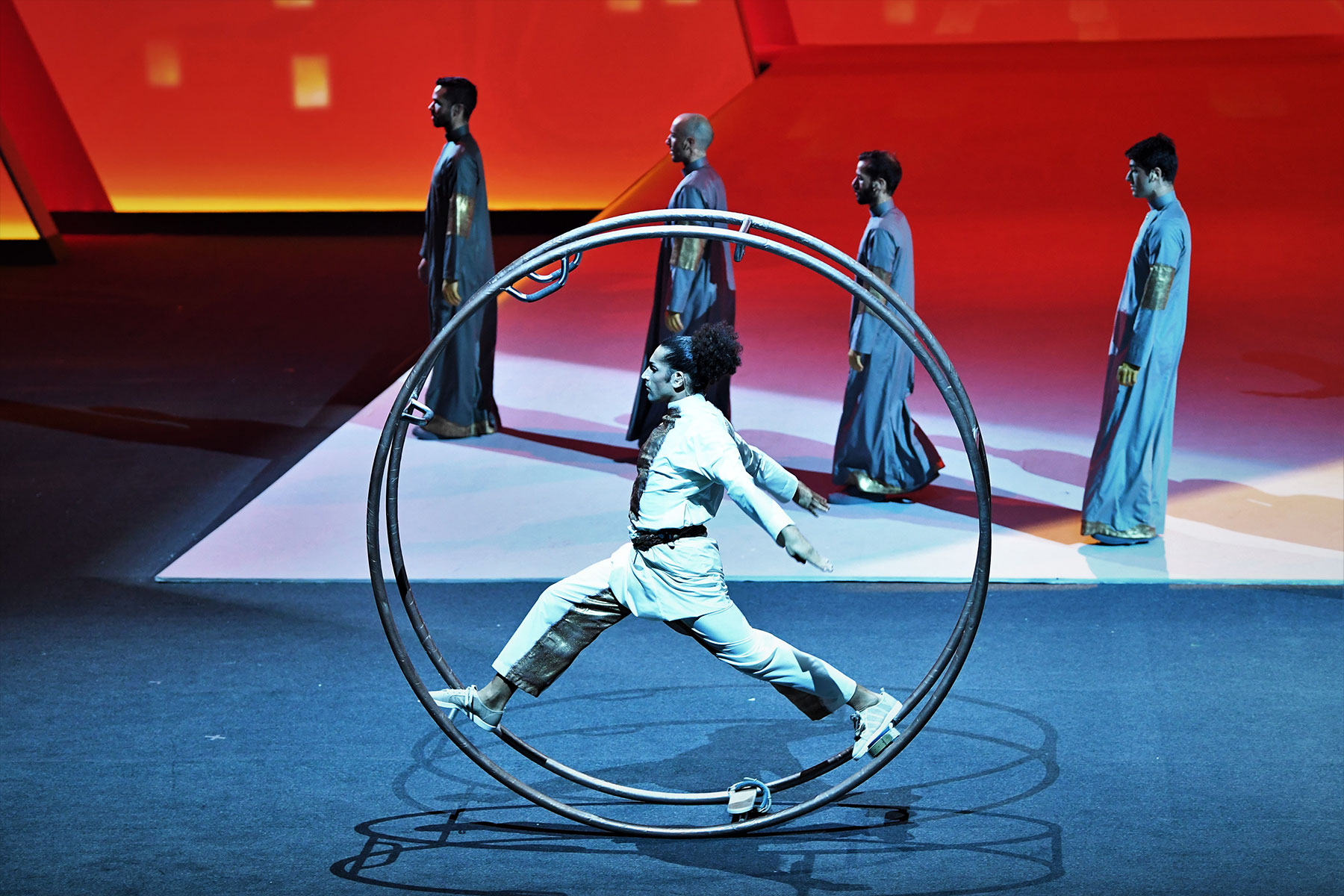 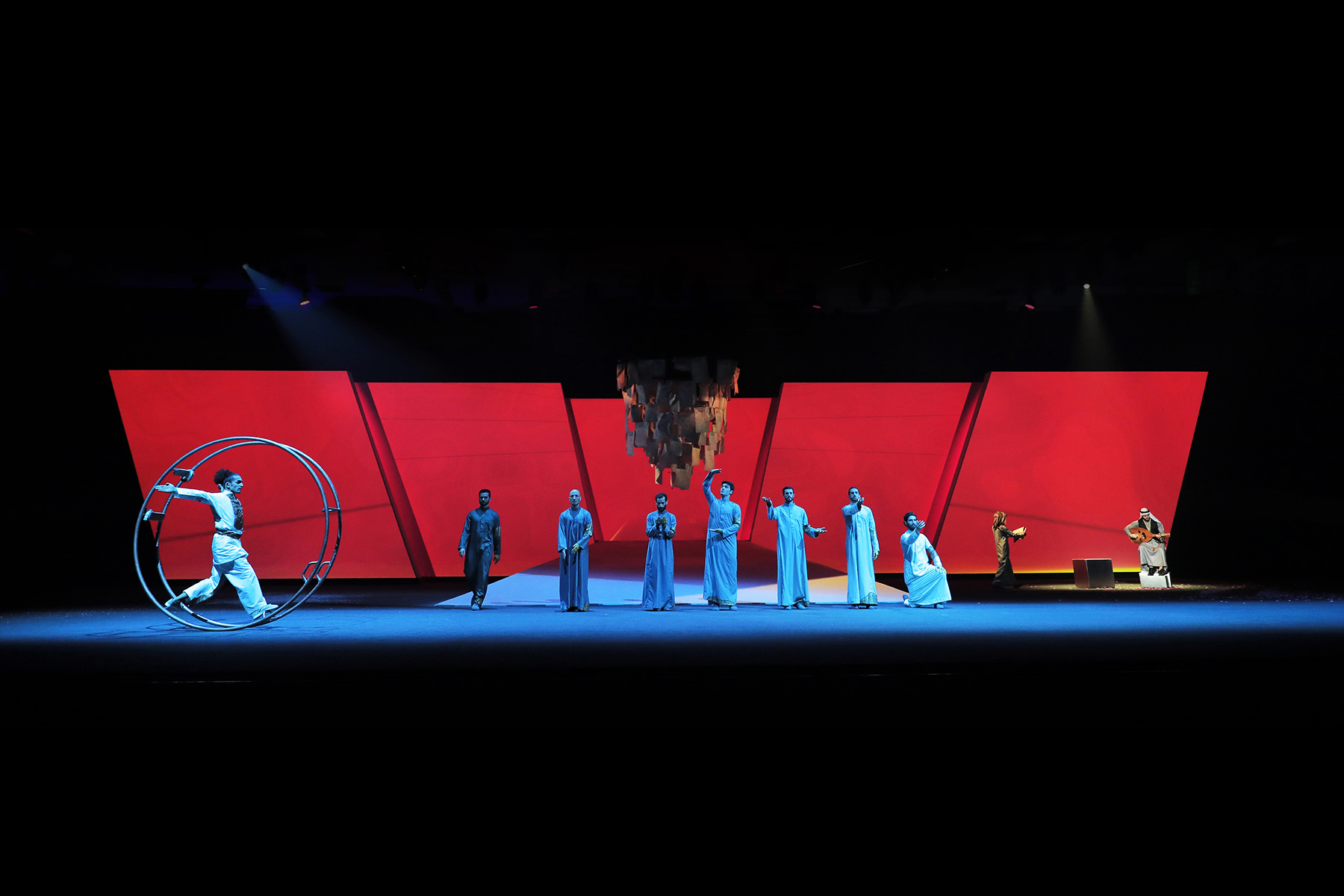 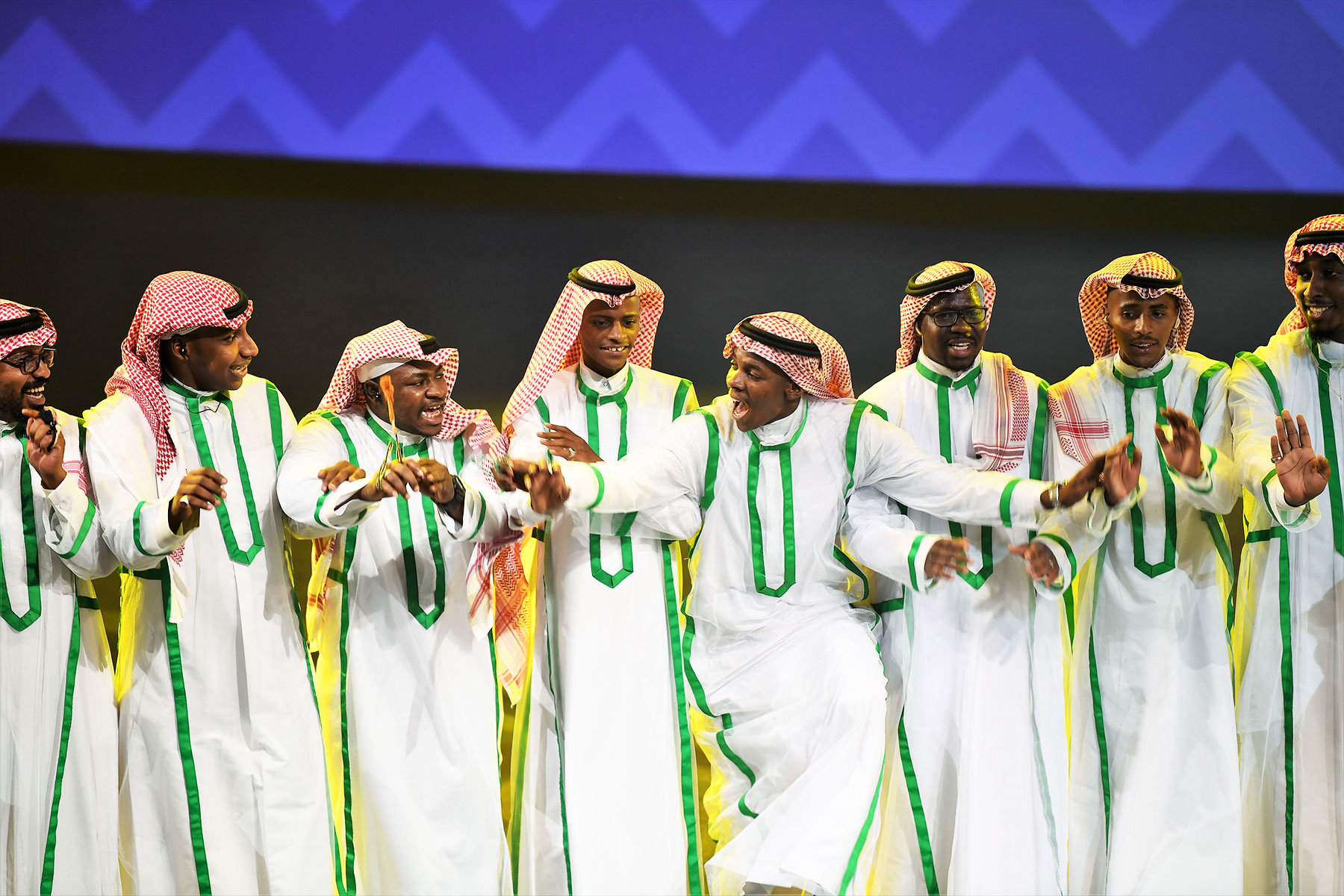 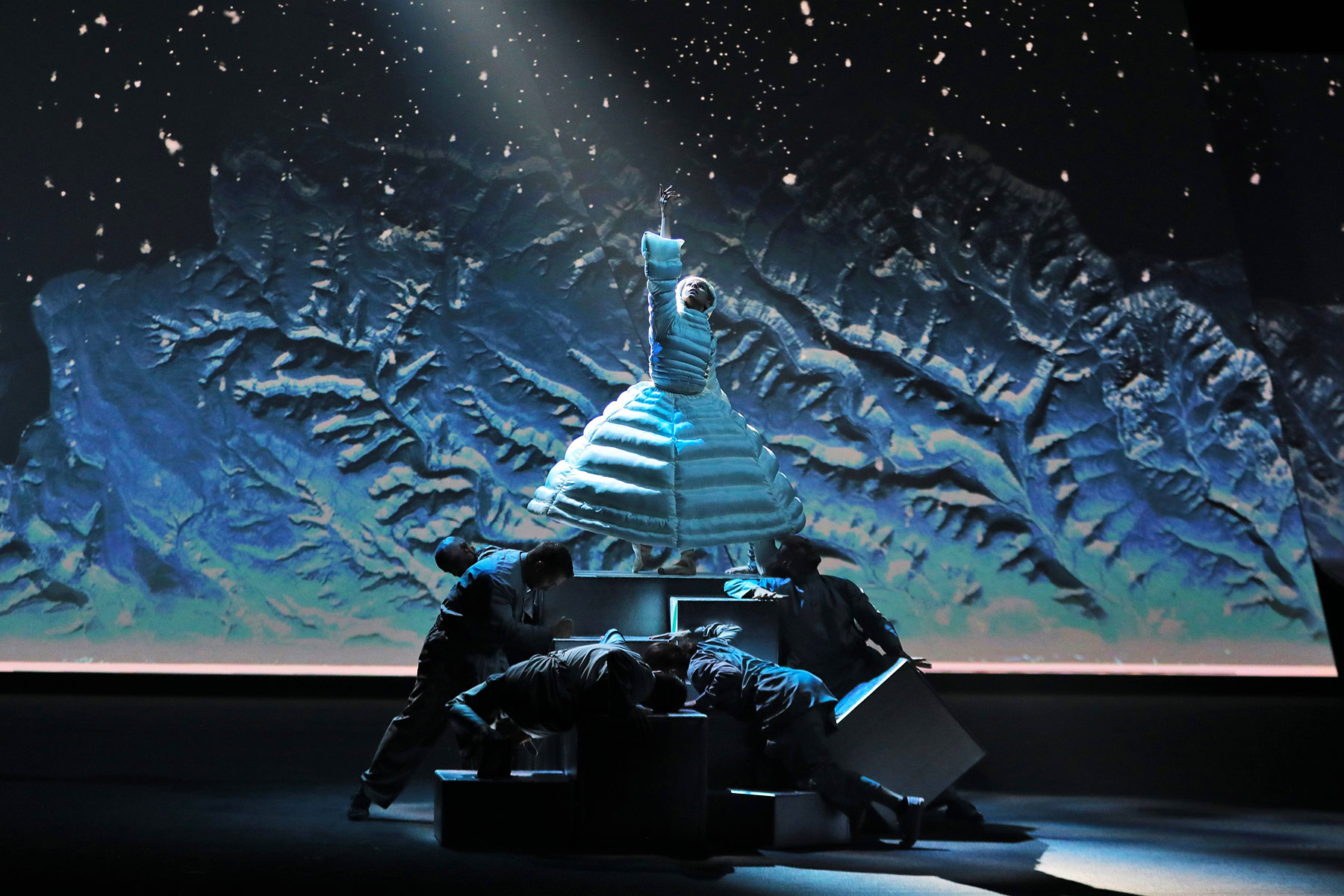 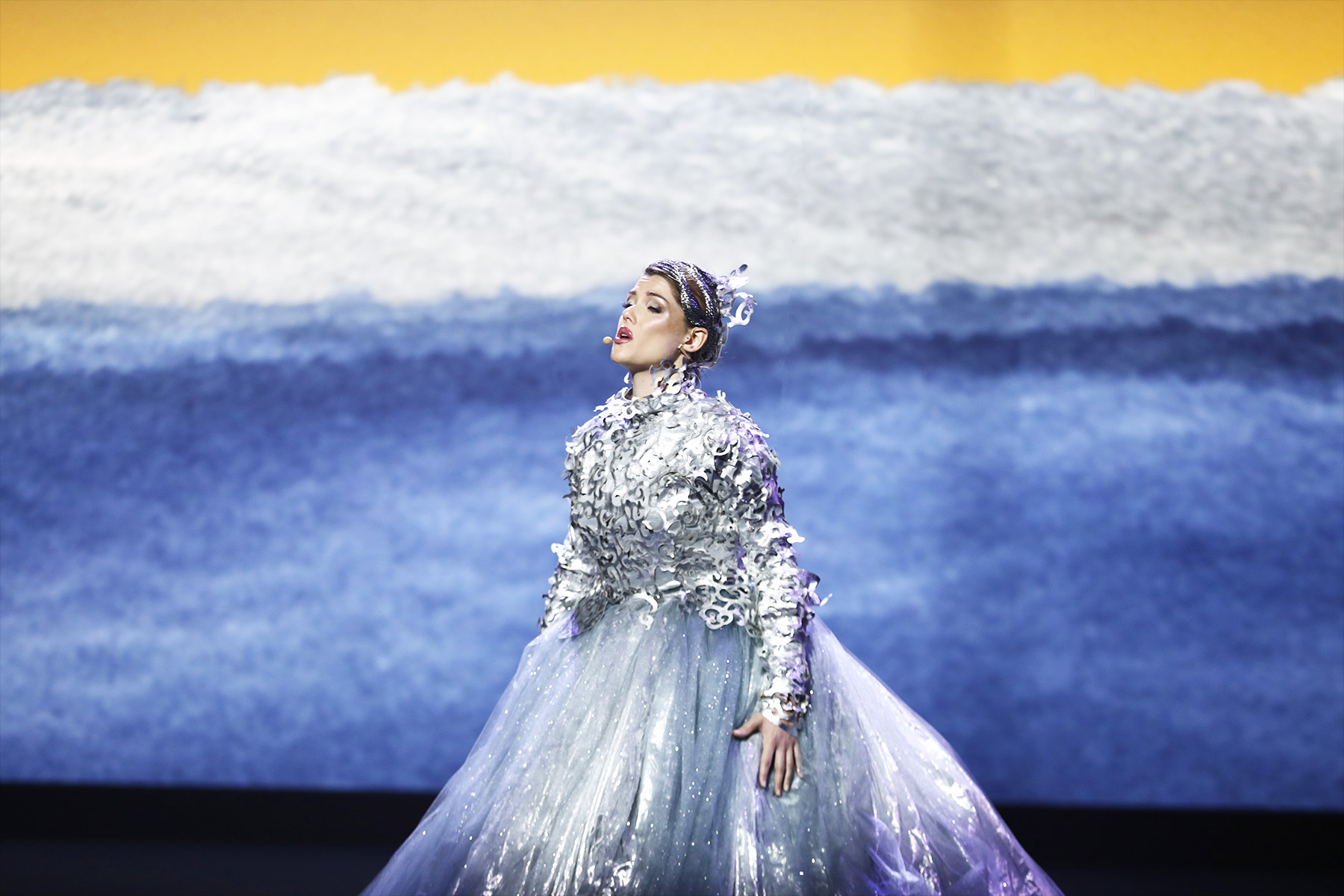 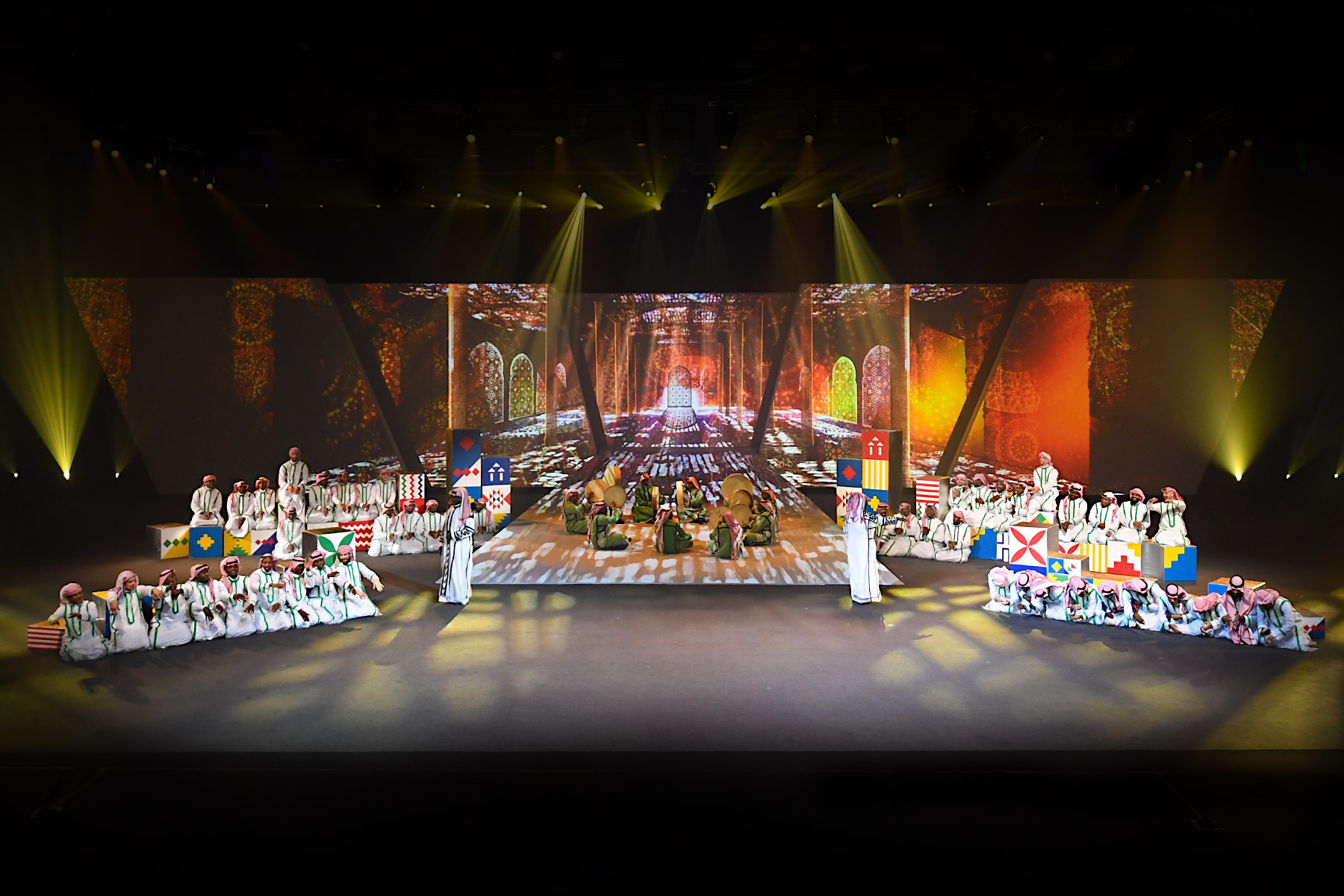 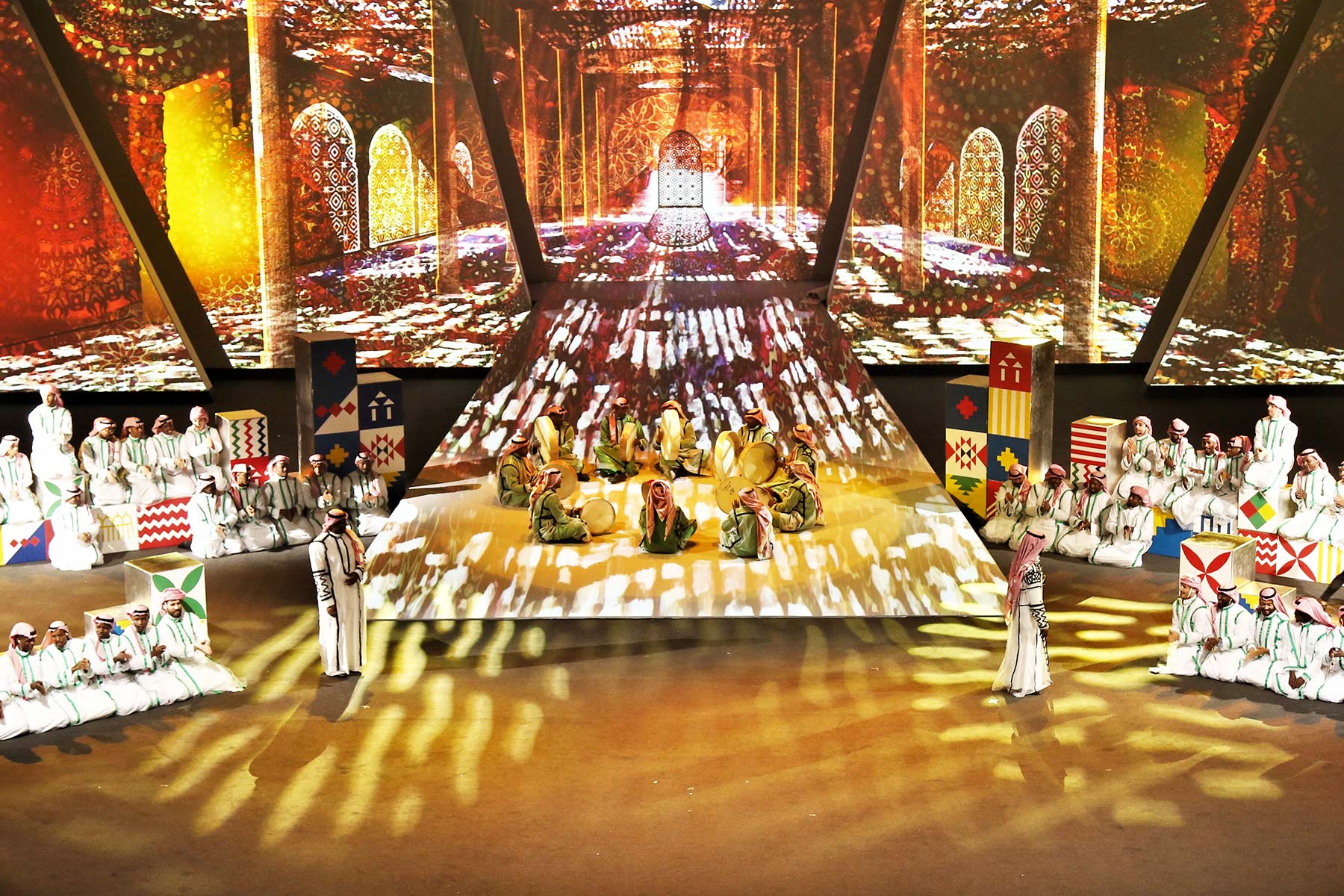 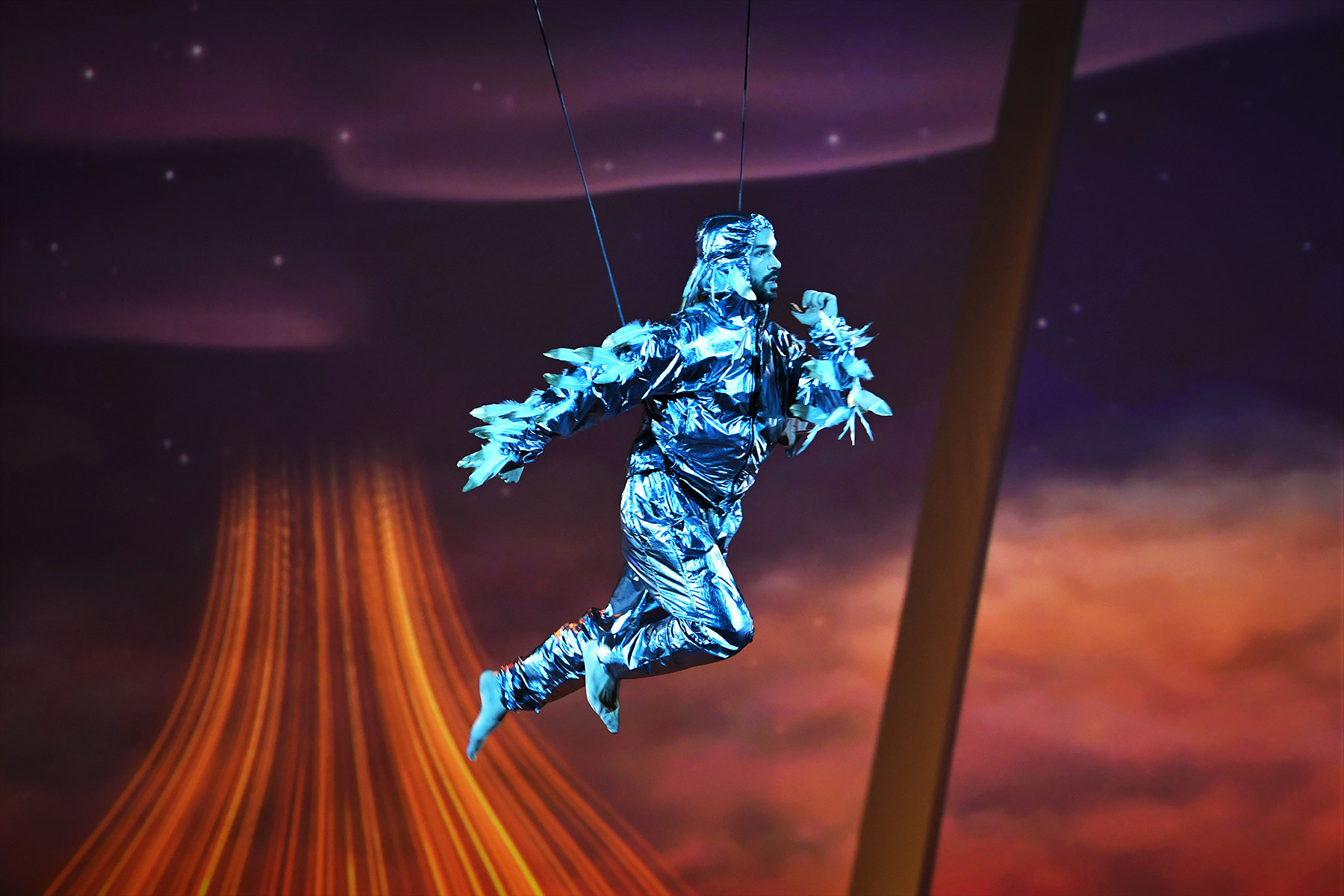 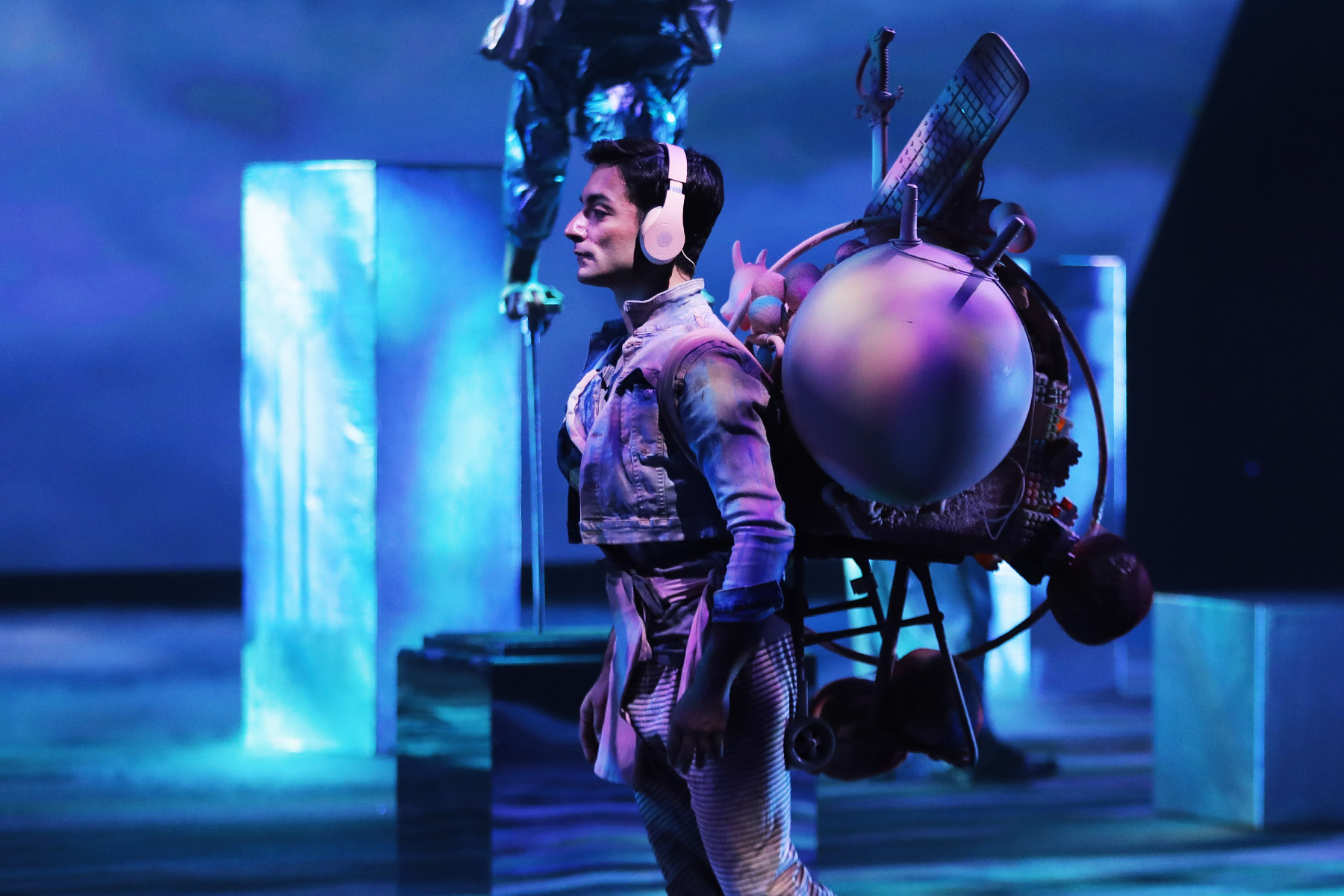 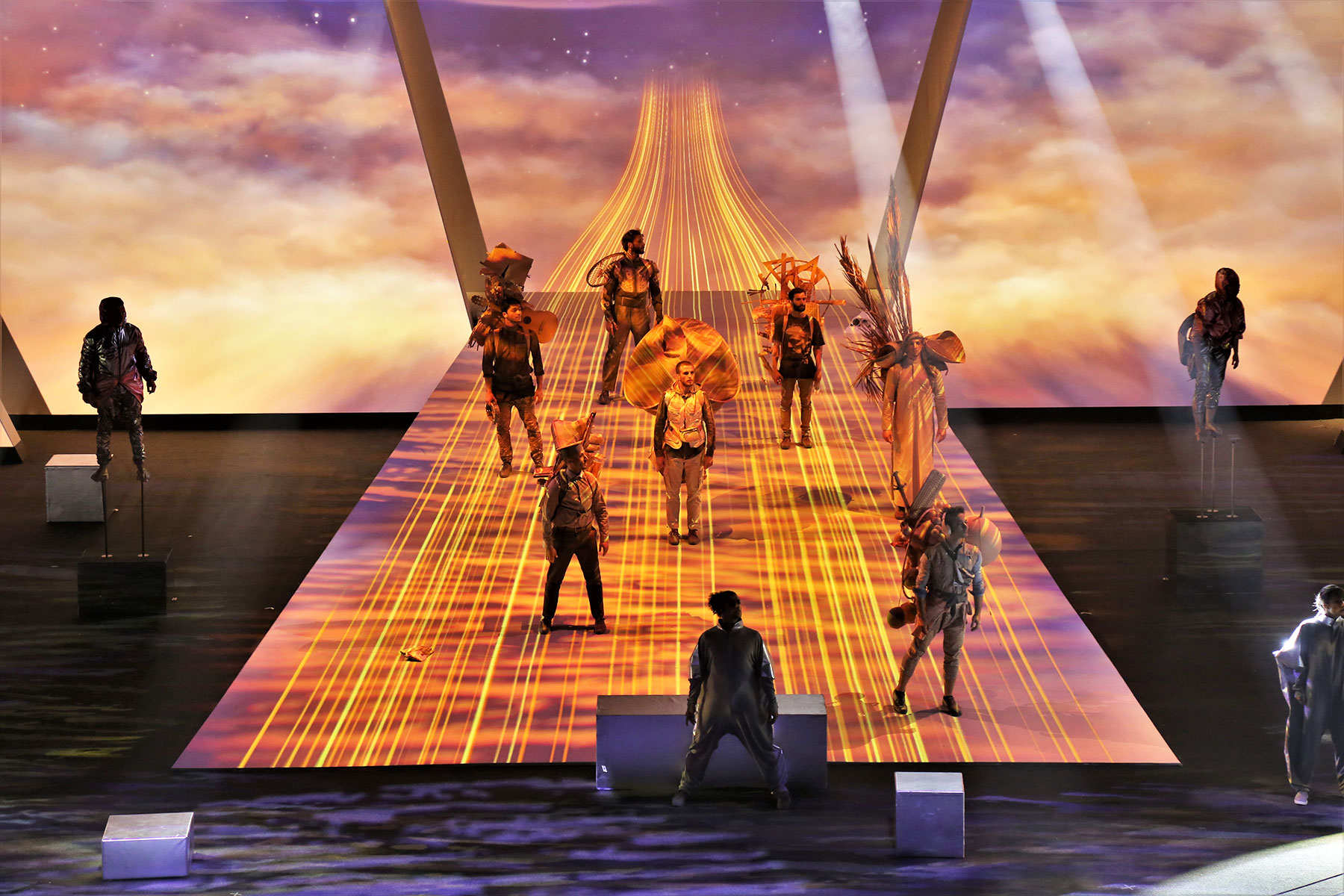 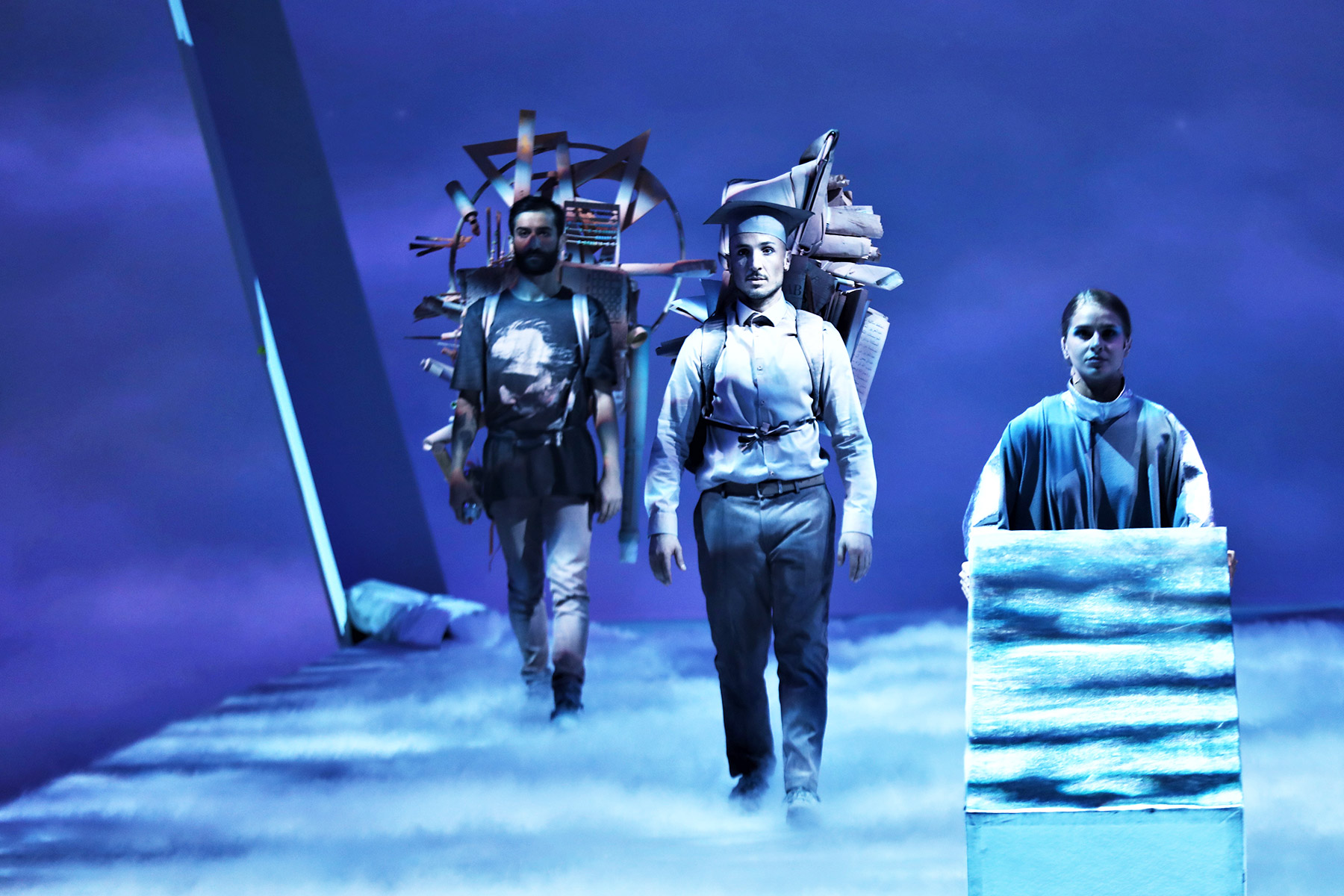 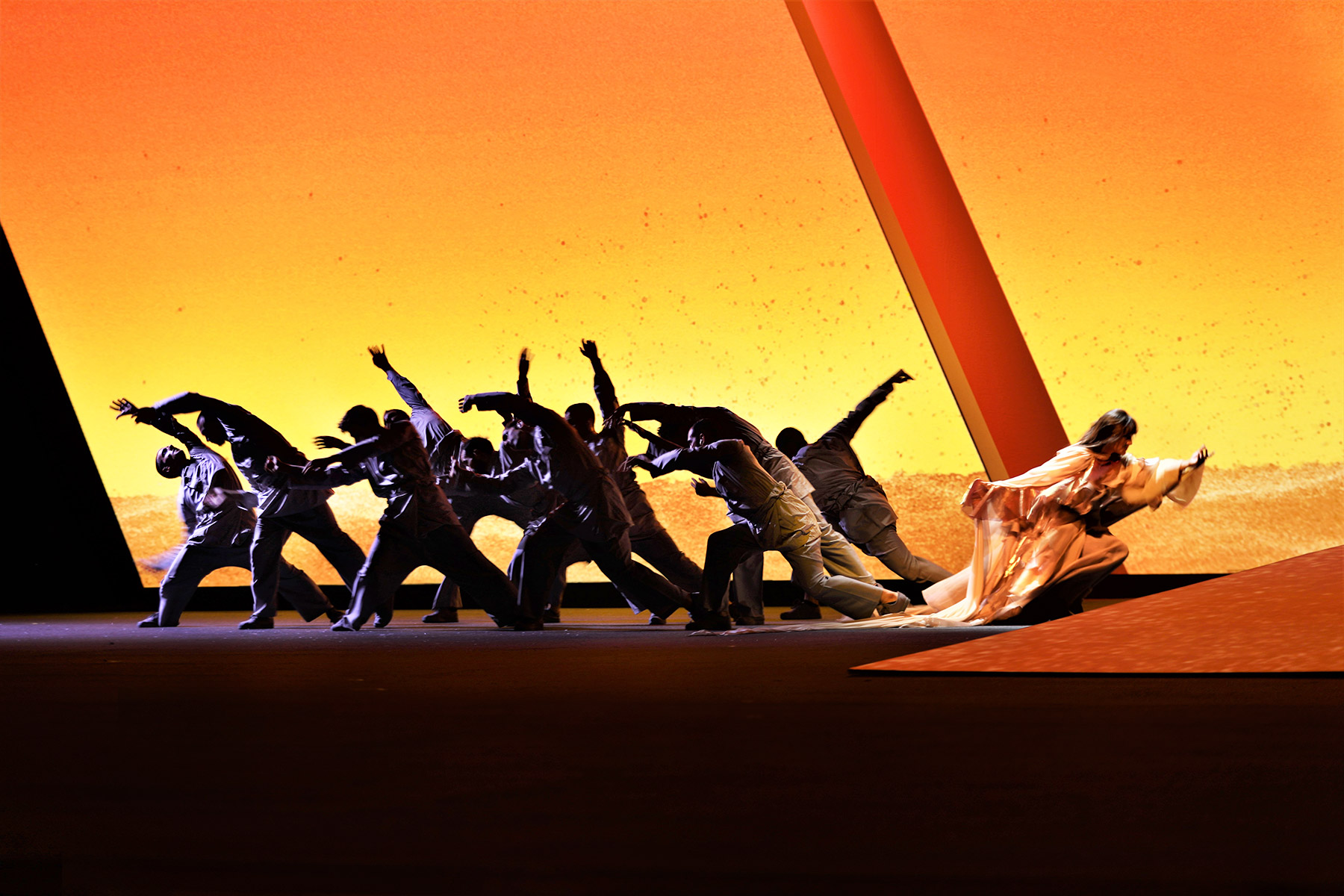 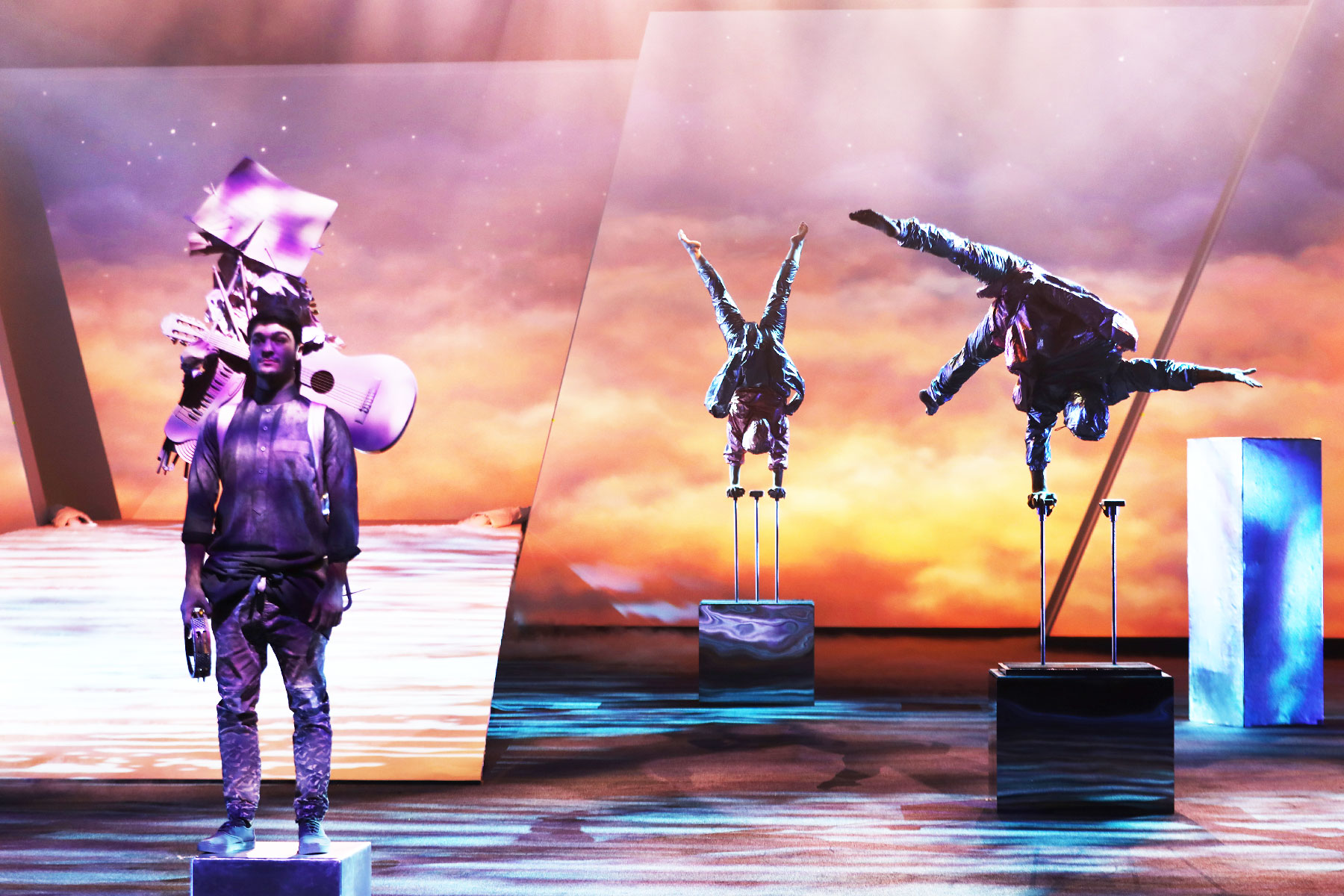 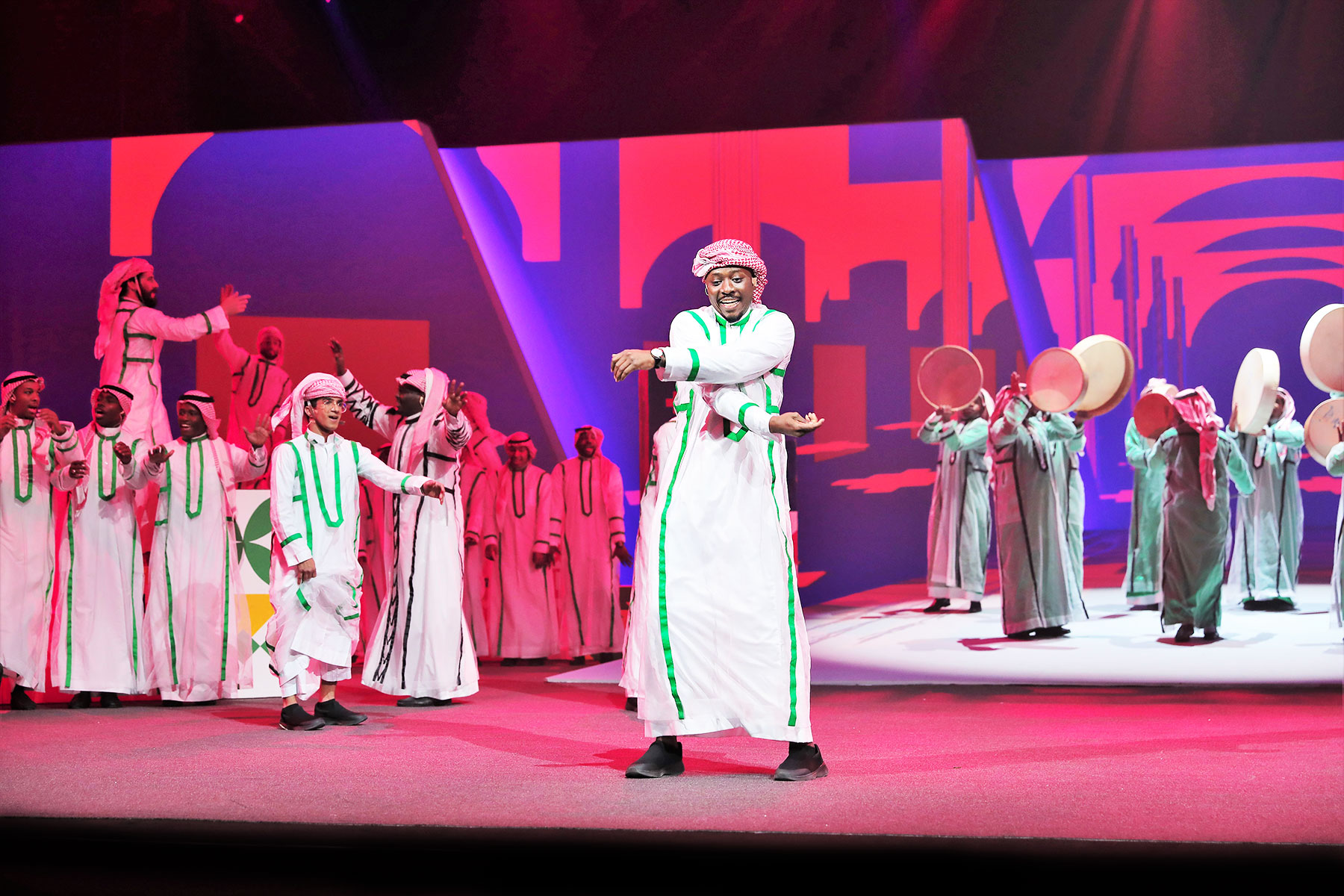