— The story of UAE for the first time protagonist of a theatrical performance.

Broadcast live on TV and with an audience of over 2,500 at the event, this celebration told the story of the UAE like never before.
We took our audience through a seamless journey that covered the UAE’s rich history, bright future and a nation united in a theatrical performance involving over 200 cast members.
With a world-class stage set that included a 50m wide by 14m high back screen and a floor projection surface that was 35m by 35m, a 45 minute custom made soundtrack, futuristic special effects, visual content that merged live action and projection delivering a stage environment that was truly immersive. With a classic curtain call where the whole cast came out for one last celebration, the event ended with a jaw-dropping pyrotechnic show. 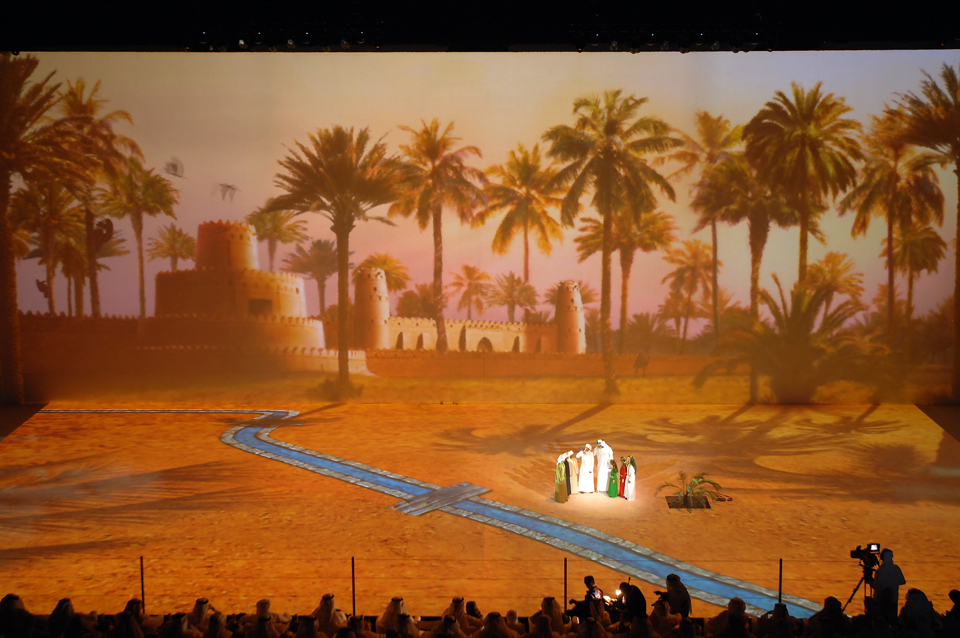 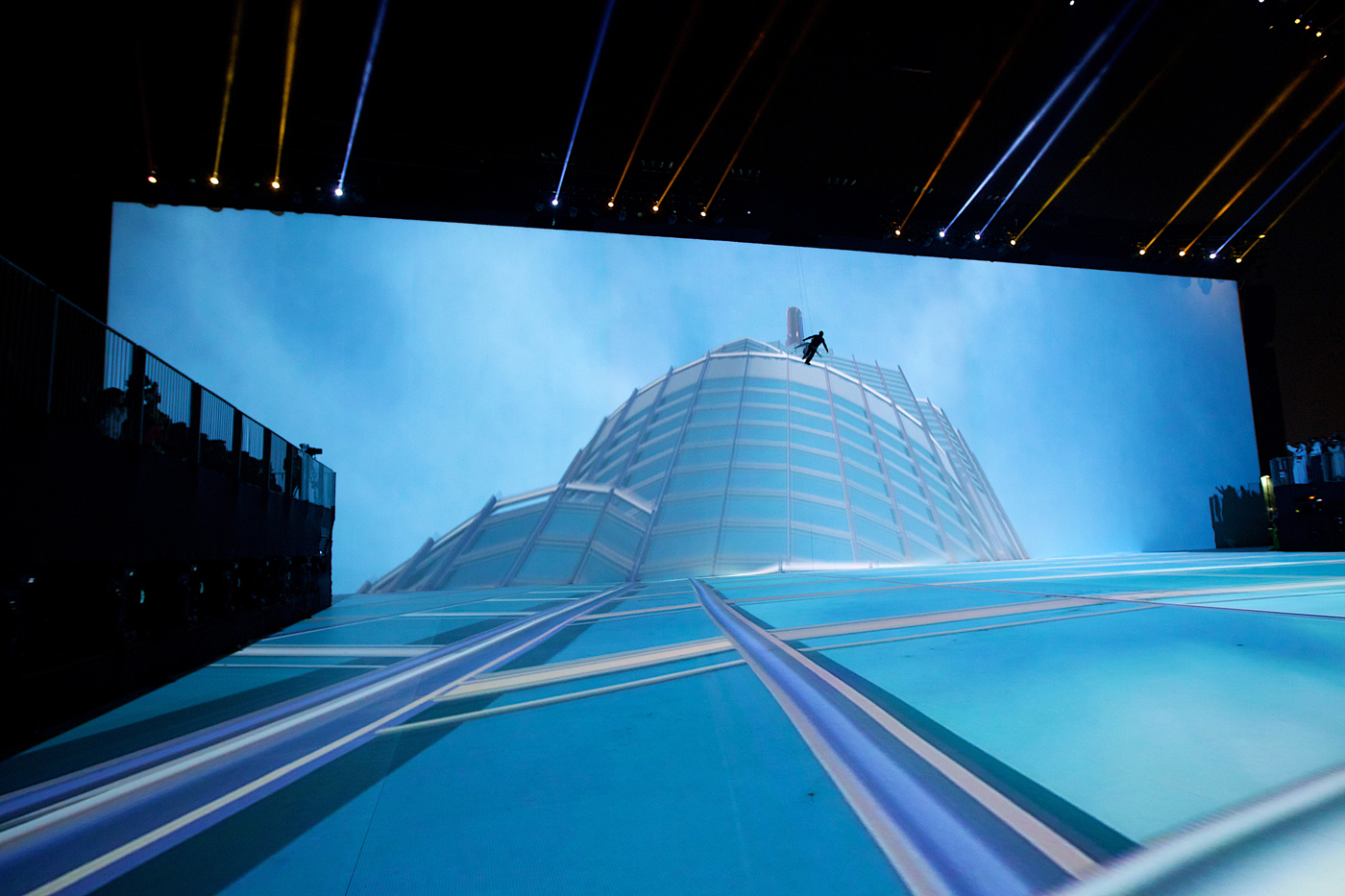 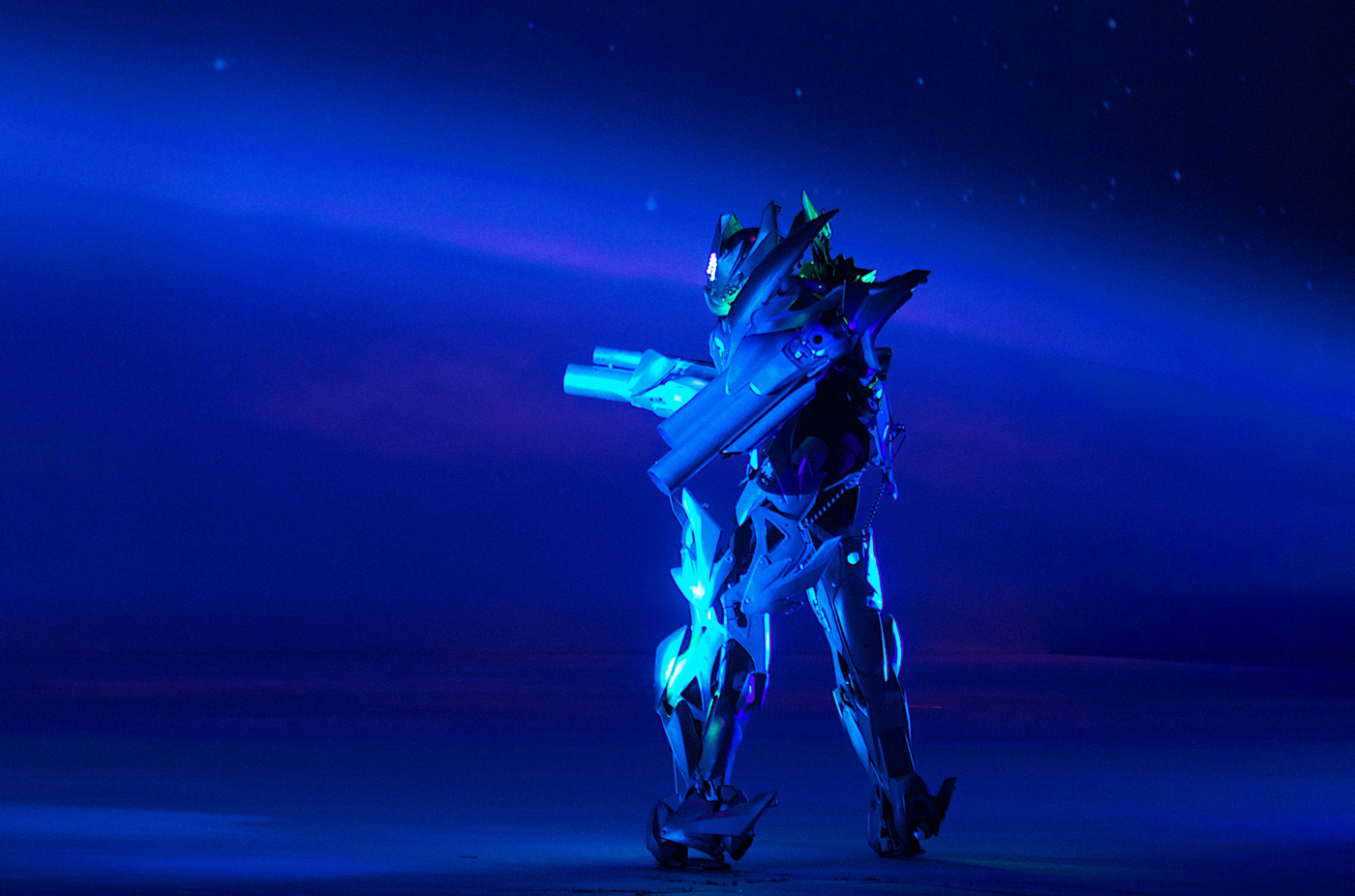 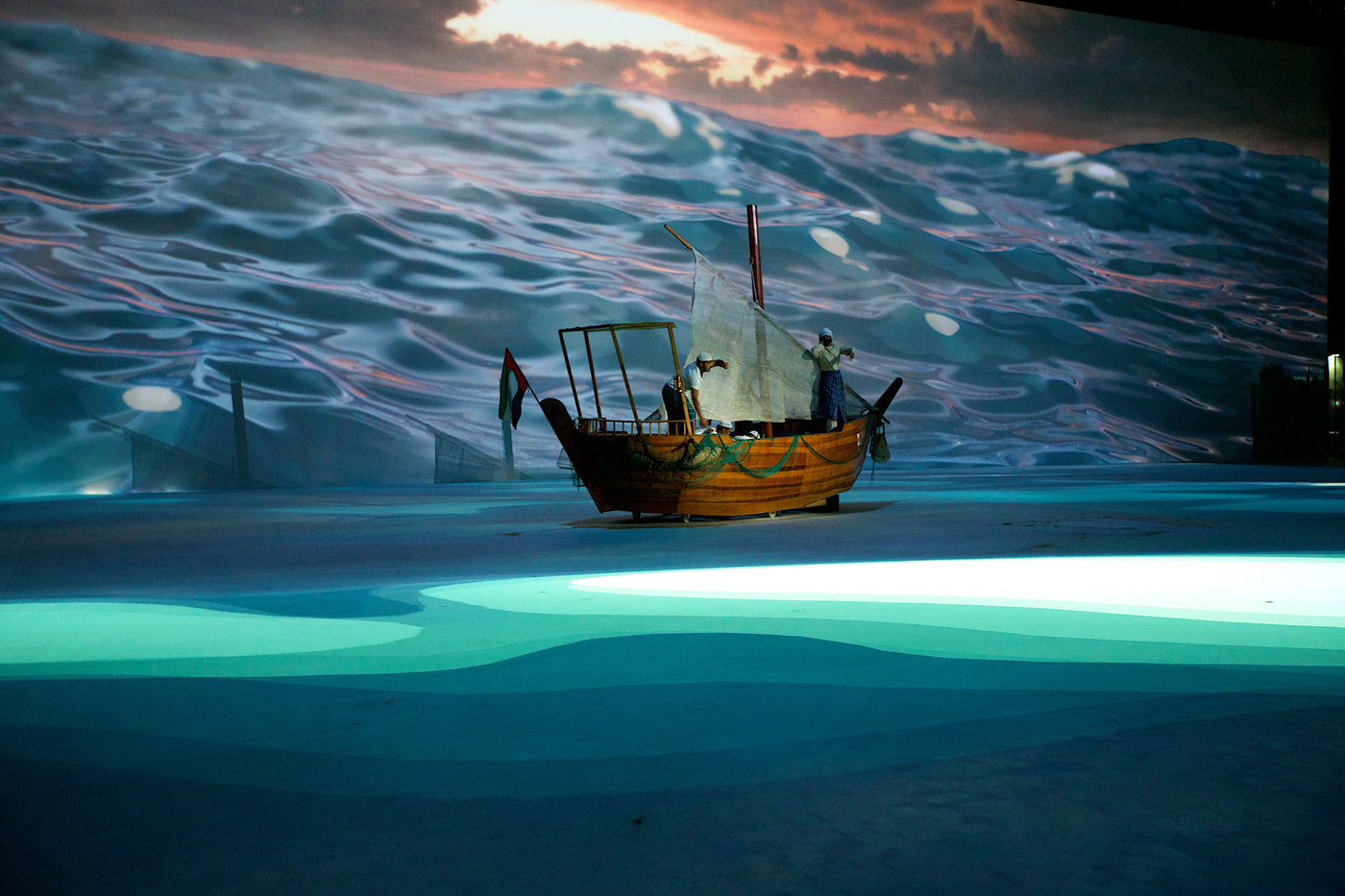 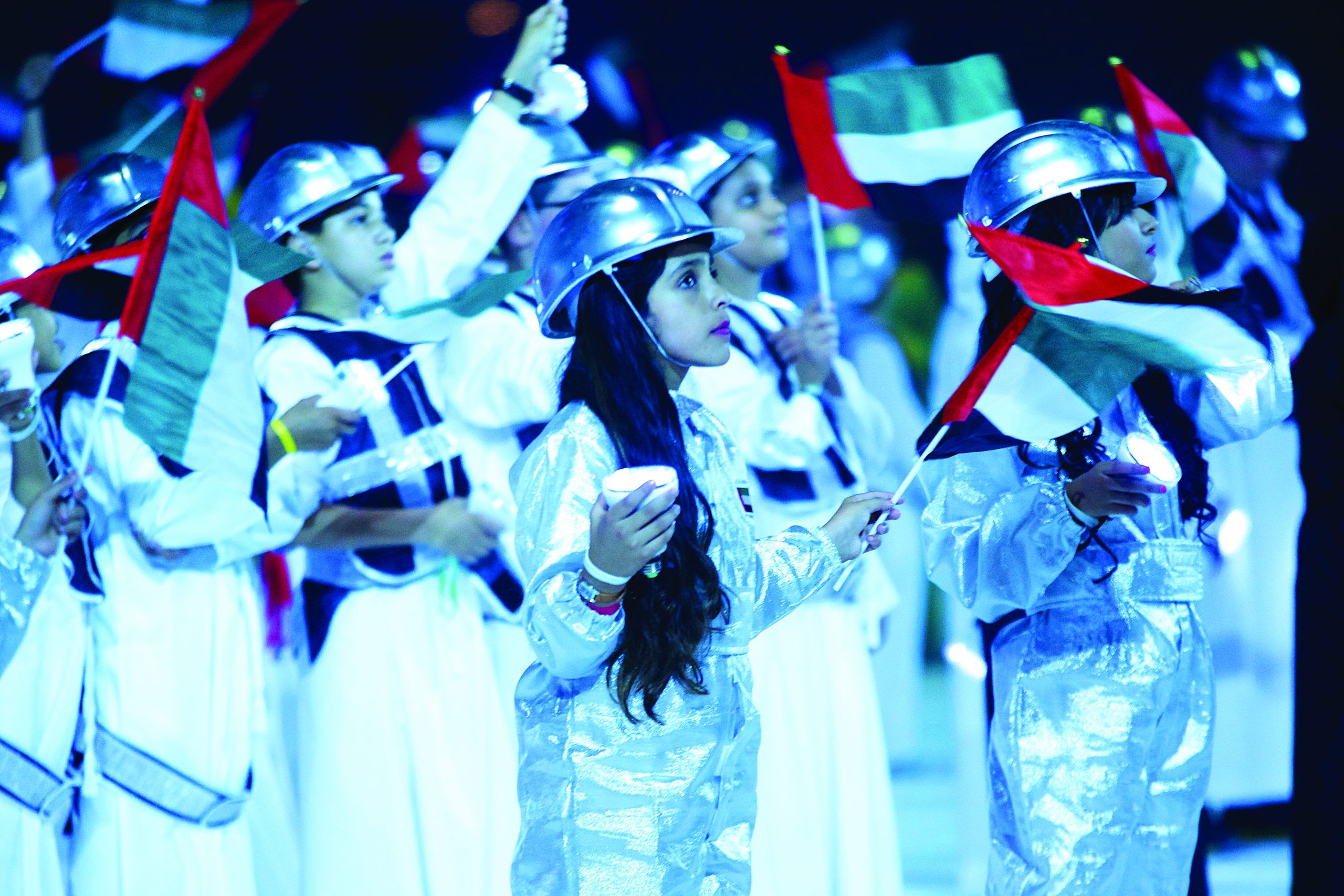 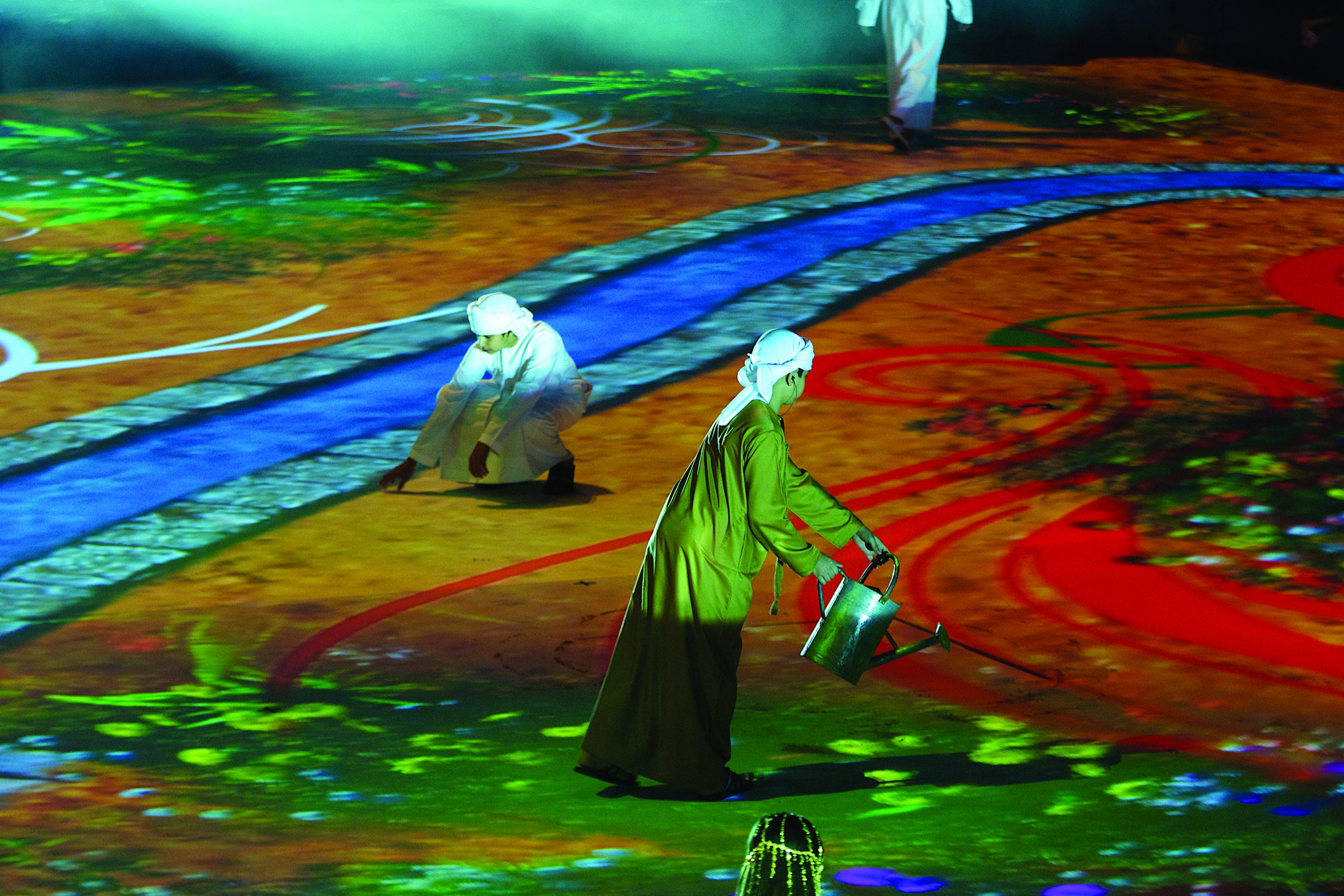 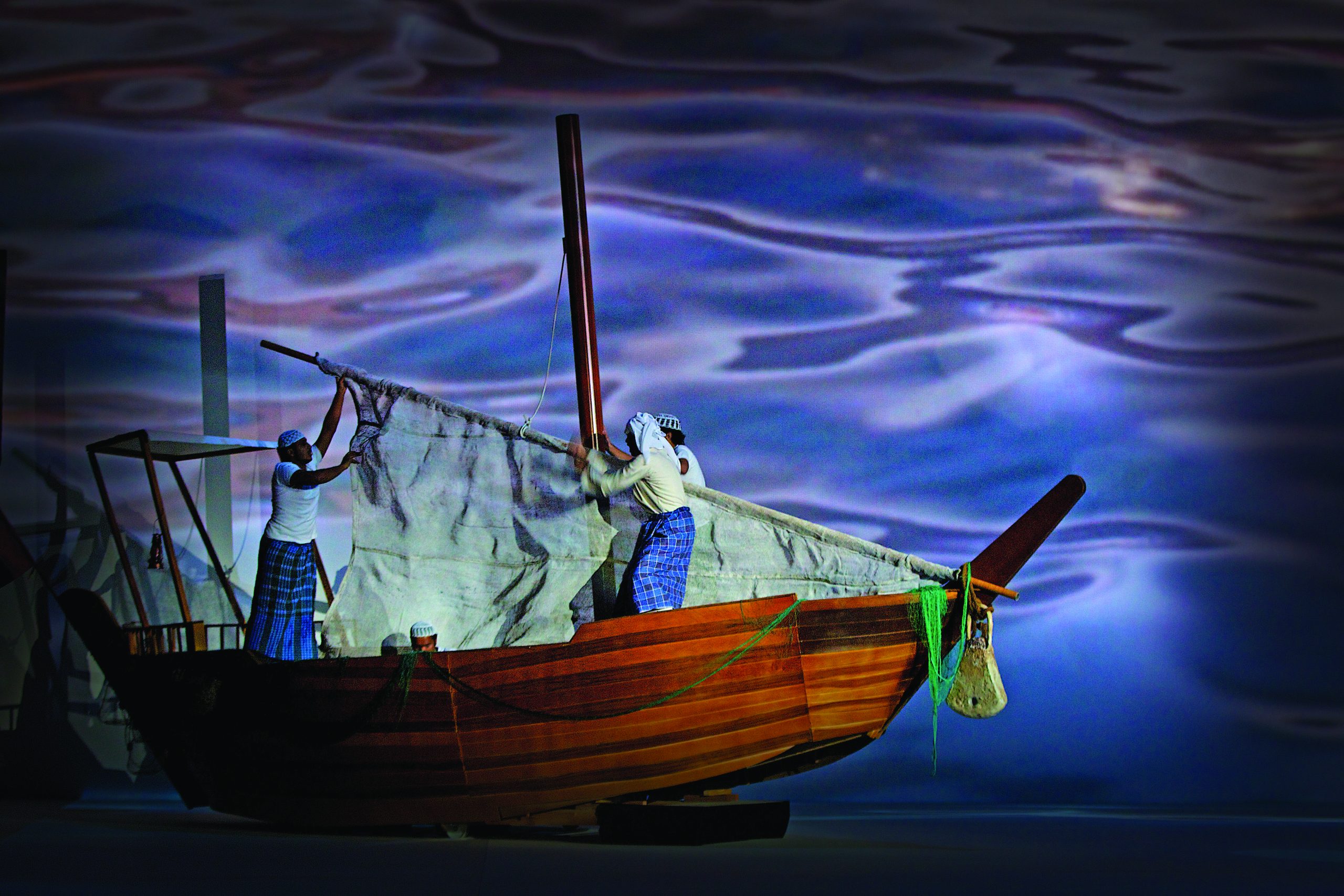